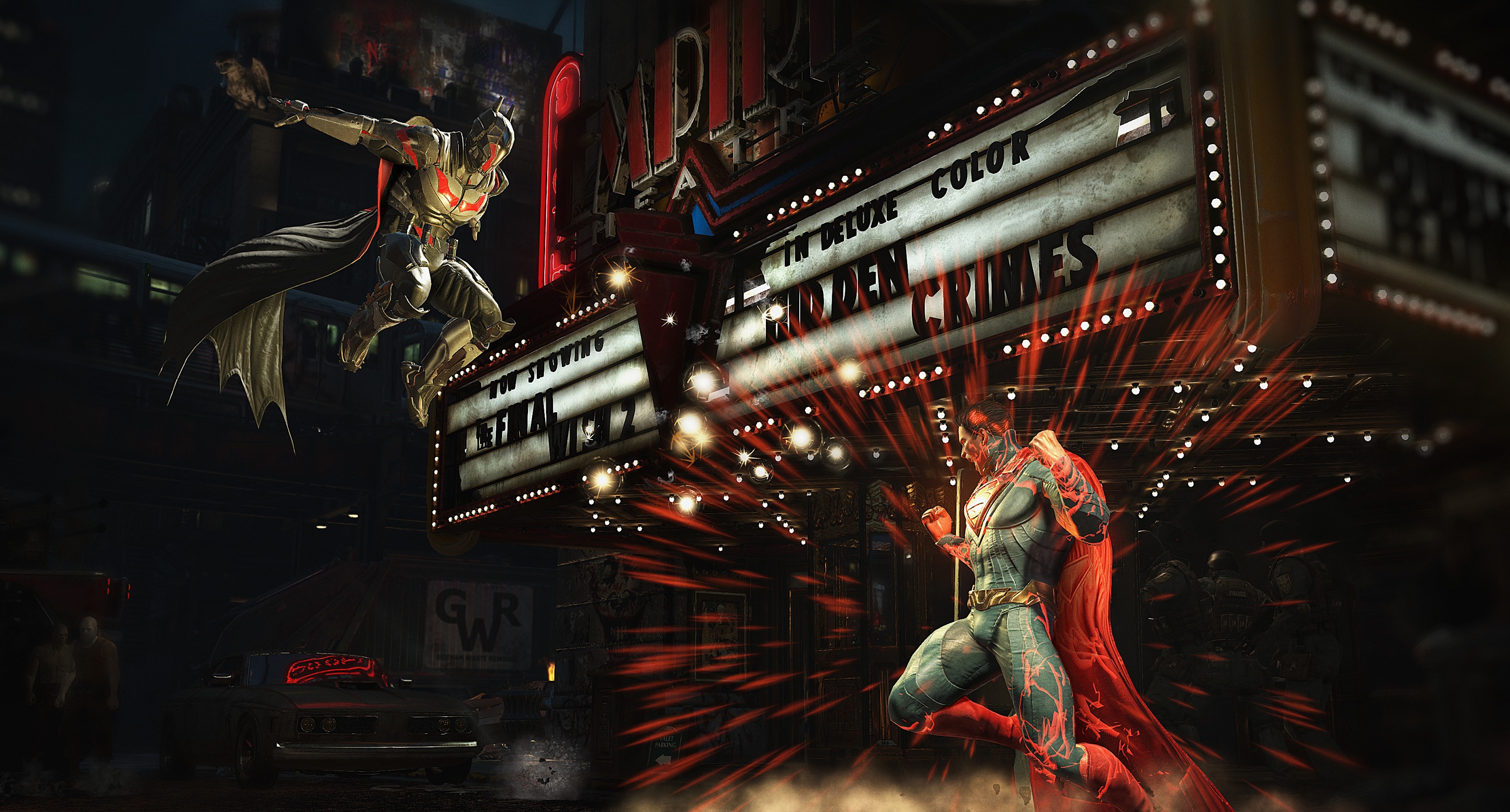 Along with May’s release of Injustice 2, a mobile version of the game has been released that has already inspired gamers to look up various tips, tricks, and cheats in order to dominate the competition. If you’re looking for a few pointers, or are simply hoping to unlock additional heroes, you’ve certainly come to the right place.

Below, we’ve put together a guide containing the best tips, tricks, and cheats for Injustice 2 Mobile.

How to Unlock Heroes in Injustice 2 Mobile

When it comes to Injustice 2, unlocking new heroes is undoubtedly one of the most important aspects of the game. In terms of Injustice 2 Mobile, this is the only area of the game where it’s actually worth it to spend your Diamonds.

Now, the important thing to note is that you can unlock new heroes in Injustice 2 Mobile by purchasing Hero Chests.

Upon opening a Hero Chest, you’ll unlock a randomized new hero for Injustice 2 Mobile. Our advice is to prioritize unlocking new heroes in Injustice 2 Mobile, as this will help increase the rate at which you win battles and progress through the game.

When you log into Injustice 2 Mobile each day, there are a variety of daily objectives that you can complete to earn in-game rewards. This should be one of the first things you do after logging into the game, as these daily objectives are often quick, easy, and help boost the rate in which you progress through the game.

Once you’ve tackled the daily objectives, you can move on to Achievements which you’ll unlock simply by playing the game. These Achievements are crucial when it comes to unlocking the 4-star Armored Superman in Injustice 2 Mobile.

As such, you’ll want to prioritize the completion of each day’s objectives in order to unlock more Achievements, thus bringing you that much closer to the highly coveted Armored Superman.

Upgrading Your Heroes in Injustice 2 Mobile

As you play through Injustice 2 Mobile, you’ll likely find that you have a favorite set of heroes to use, and you can your experience with them further by upgrading these heroes. At first, you may want to play Injustice 2 Mobile with the roster of basic Heroes which includes Wonder Woman, Harley Quinn, and Batman.

Once you begin to get the hang of the and accrue enough money and Diamonds to unlock new heroes, you’ll have a bit more variety. The more stars a Hero has, the better they are in Injustice 2 Mobile. Fortunately, if you find yourself fond of a 2-star Hero, you have the ability to upgrade them to a higher star level.

You can do this by using XP Capsules that you earn while playing the game. It’s key that you prioritize playing your favorite Heroes if you’re looking to upgrade them and make them viable for multiplayer Arena matches. Lastly, the easiest way to upgrade the star level of your Heroes is by collecting items known as Hero Shards.

Now, the actual process of accruing these Hero Shards is difficult and you’re often pressured to spend real money on them. However, they can be used to directly increase your Heroes’ star level. If you want to avoid this method, it’s best to continue to play with your favorite Heroes, and use XP Capsules whenever possible in Injustice 2 Mobile.

Save Your Credits on Abilities and Talents in Injustice 2 Mobile

It can be tempting to spend your Credits in the pursuit of upgrading your Heroes’ abilities, as well as unlocking new Talents. However, you may want to hold off, as Credits are hard to come by in Injustice 2, and you’ll need them once you begin unlocking new Heroes. Again, be sure to save your Credits until after you open a few Hero Chests and unlock new Heroes in Injustice 2 Mobile.

Once you have a larger roster of available Heroes, you can then begin to focus on their Abilities and Talents. Each Hero can possess multiple Abilities including Active Abilities that can be used during fights (Special Attacks), and Passive Abilities that produce varied bonuses.

After you’ve tackled your Abilities, you can start to look at Talents. Similar to Abilities, Heroes can have multiple Talents based their star level. As you upgrade your Heroes, you’ll unlock new Talents. These are randomly assigned, though you’re able to re-roll once for free if you dislike the Talent you acquired.

As an added bonus, you can pick between the two Talents after the re-roll and select the one you prefer most in Injustice 2 Mobile.

How to Win Battles in Injustice 2 Mobile

One of the most common questions we encounter in regards to Injustice 2 Mobile is how to win battles. The best advice we can give is to keep grinding at the game until you grow comfortable with your available Heroes. Keeping that in mind, there are a few tips, tricks, and cheats you can employ as well.

First, you’ll want to pay attention not only to your but to your own Heroes as well. As you’re fighting, you should keep an eye out for a red bolt symbol that appears over the heads of your enemies. Once you see the red bolt, you’ll want to dodge as this signifies an attack is incoming.

The method you use to attack is pretty and is comprised of swiping back, tapping to shoot, and then blocking. Note that you can swipe up to jump over projectiles, Heroes with a higher star rating and class advantage will have the easiest time winning matches.

This is why it’s so important to unlock new Heroes, and upgrade your favorite Heroes in Injustice 2 Mobile. Another tip is to use caution with your Heroes’ Special Attacks, as you’ll want to avoid wasting them prematurely. Most importantly, you’ll want to wait until your bar is completely full, as this will guarantee your Special Attack lands (the full bar indicates the attack cannot be blocked or dodged).

Send Your Heroes on Operations in Injustice 2 Mobile

If you’re looking to increase the rate you earn Credits, money, and even premium currency, you’ll want to send the Heroes you don’t actively use out on Operations.

By completing Operations, you’ll earn additional currency while simultaneously increasing the Threat level of your Heroes (giving you access to better Operations).

Even if you don’t have the time to play Injustice 2 Mobile, you’ll want to make sure you log into the game each day. This is because you earn rewards for logging in on a daily basis, as well as a free Hero Chest every few hours or so.

While the multiplayer Arena in Injustice 2 Mobile is one of the better places to earn rewards, you’ll want to level up your Heroes by replaying Boss Levels. To do this, simply select a Boss Level you previously completed, then proceed to replay and complete it again. There’s no limit to how many times you can replay a Boss Level.

In doing so, you’ll help your Heroes level up by gaining experience, and you’ll also earn additional rewards. So, if you’ve run out of things to do and want to rack up a few additional experience points, definitely replay Boss Levels in Injustice 2 Mobile.

What are your recommended tips for Injustice 2 Mobile? Be sure to leave them in the comments below!

By reading through this guide, you should now know the best tips, tricks, and cheats to use while playing Injustice 2 Mobile.