You Can Now Pre-Order Rime on Steam

If you want to get a jump on playing Rime be sure to check the game out on Steam. 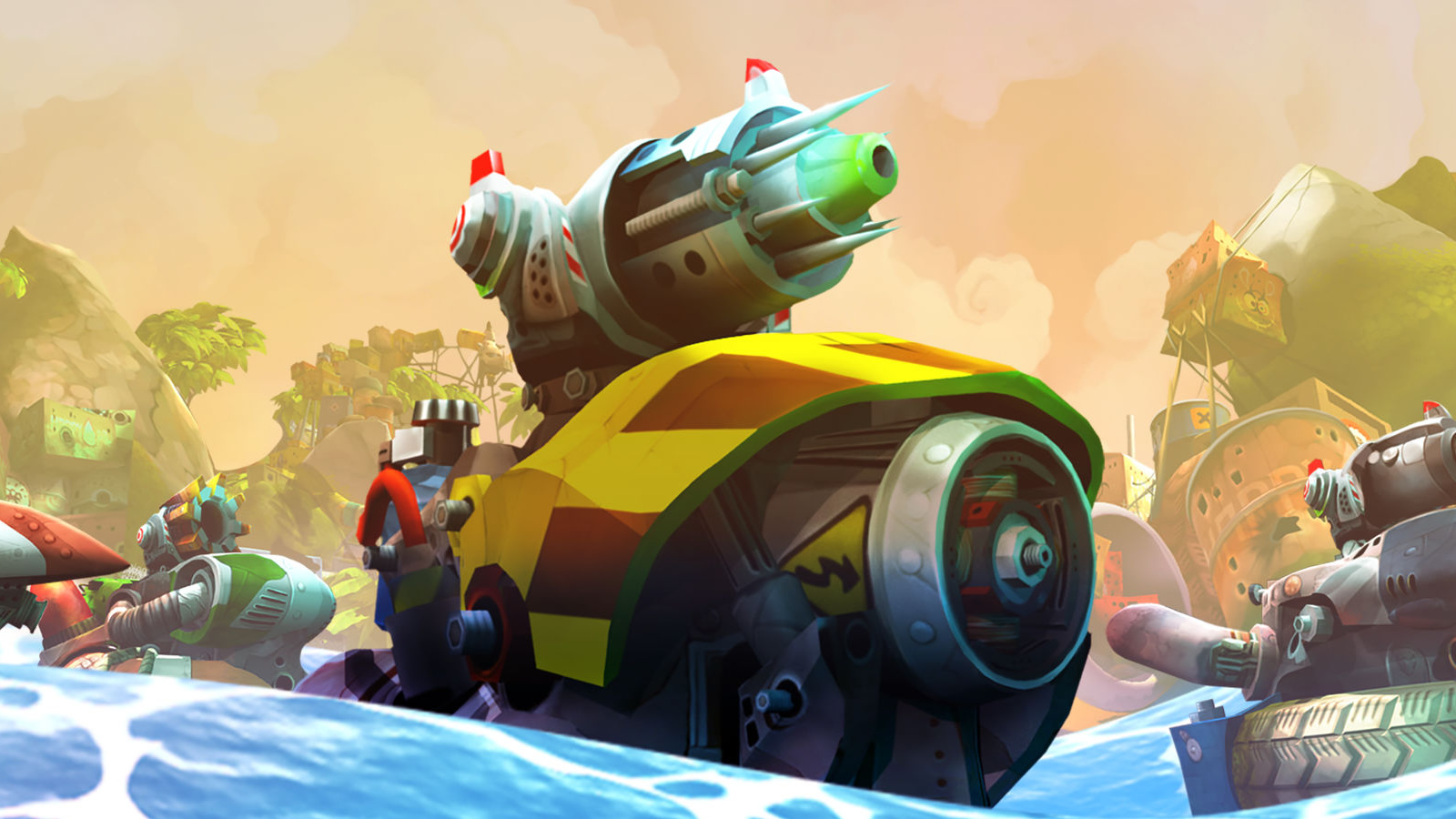 How to Build The Best Ship in Battle Bay

Pay attention to your kills to earn extra gold in World of Tanks.

Having a top-notch rig in Battle Bay will get you far so it’s no surprise that players are trying to figure out how they can build the best ship possible. While this multiplayer mobile game places you and your opponent's in groups of five for battle, it’s still a good idea to have a sturdy ship in the case your teammates take the plunge and you’re left fighting for your team’s victory.

The truth is, the term “best ship” can mean something different for everyone and factors in variables such as your level, training, and infamy (rank on the leaderboards). The ideal way to approach this is to know the pros and cons of each of the battle ships and how you can improve them, so that’s what this article will teach you.

There are 5 ships in Battle Bay but there will only be 3 available to you when you first start. Those are the Shooter, Speeder, and Enforcer. By default, the game provides you with the Shooter which is the best ship for beginners. We say this because its agility, speed, and health aren’t too high or too low so it allows players to get accustomed to the basic mechanics of the game. It’s also a great ship to consider for the long haul.

Next on our list is the Defender and Fixer which aren’t available until later in the game. The Defender requires a captain level of 5 while the Fixer requires a captain level of 7. These ships aren’t necessarily better than what’s available but will definitely boost your team’s performance. Overall, each ship falls into a special category (or class) and plays an important role when part of a team dynamic.

Before you can build the best ship in Battle Bay, you need to know which class you want to play. As we mentioned before, each ship falls into a class and is only a piece of the bigger picture. Teammates in Battle Bay must work together if they want to truly be successful in this game. There are ships that are designed to provide offense, defense, and yes, even heal!

The Shooter earned its name due to the two red slots it has. These let you equip two offensive weapons, especially more advanced offensive weapons that take up 2 points. There's also a blue slot for passive booster items. We'll discuss the colored slots in more detail later.

The Speeder is an extremely agile rig that comes equipped with the highest speed of all the ships in its base form. It has one red slot, one yellow slot, and one blue slot where you can equip one offensive weapon, one control item, and one passive booster item.

The Enforcer is a unique ship that at its base level has high health, no defence, slow speed, and high agility. It arguably could fall into a number classes but as its name suggests, is more apt at providing great support by enforcing the team dynamic. Just like the Speeder, this ship has one of each color slot.

The Defender is a ship that easily falls into the Tank class because of its high health and defence, along with its low speed and agility. Similar to the Shooter, this ship also has two red slots and one blue slot.

The Fixer’s name gives the class of this ship away. With high health, no defence, average speed and agility, the Fixer is suited for support and poses a major threat to your opponents. This ship has something unique that the others don’t which is a green slot for healing items.

Once you’ve chosen your class and are familiar with the role that your ship plays on your team, then all that's left to building the best ship in that class is knowing how to play to that ship’s strengths. This has a lot to do with how you use the colored slots each ship has. We touched a bit on these before and discussed how they dictate what kind of equipment you can use. Right now, there are 4 different colored slots to consider in Battle Bay.

As you’ve probably already noticed, each ship doesn’t have all the slots listed above. Take the Shooter, for example. Its base model has 2 red slots with two points assigned to each, and a blue slot with one point. This provides the Shooter with the ability to equip advanced offensive weapons which usually require a red slot with 2 points. This same logic on colored slots and how they work to your advantage can be applied to every ship.

Playing to Your Ship's Strengths

When you begin thinking about what it takes to build the best ship in the class you’ve chosen, you should always play to that ship’s strengths. If you’re playing offense, then make sure you’re spending most of your resources leveling up your weapons. High damage weapons would be your best bet.

If you’re defence, invest in some solid long range and AOE (area of effect) weapons. This ensures that you can still do damage from far away and avoid confrontation due to your low health.Tanks are tasked with the responsibility of having good defence and great offense. They would fair well with explosives and high damage weapons and a good shield.

Hopefully this guide has helped you understand the way teams and battles work in Battle Bay so you can put your best ship forward!

For more on fun mobile games, make sure you learn how to add friends and read our guide to choosing the best weapons in Battle Bay.