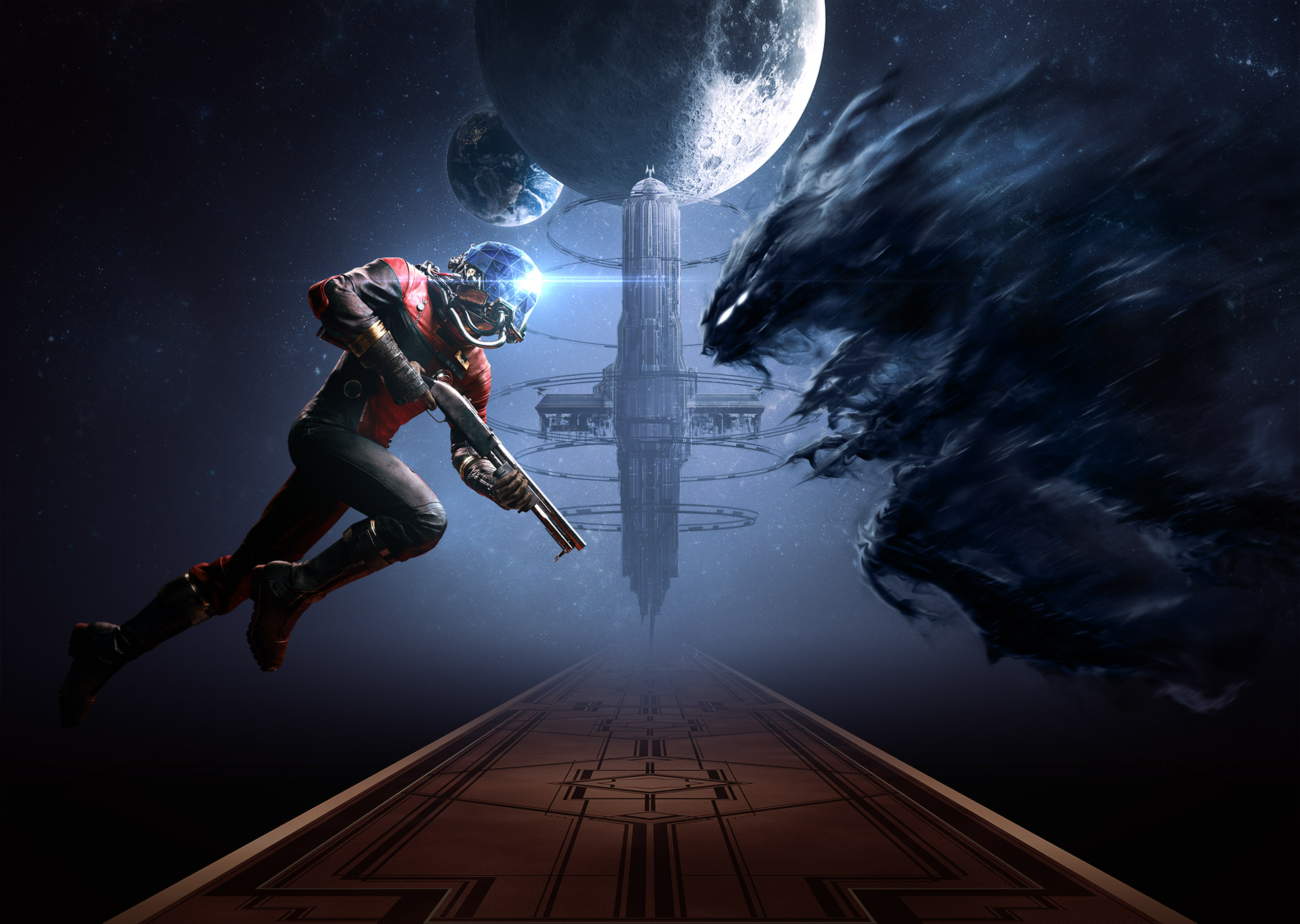 Prey Review - A Morgan Playing Another Morgan In Space

Last year, I first learned of the latest installment in the Prey franchise while attending E3 2016. As I listened to Bethesda’s various announcements (curious about some of the upcoming DLC for Fallout 4) I heard the phrase, “Good morning, Morgan.”

What the heck? My head immediately snapped to attention, and I watched with fascination as Bethesda revealed more about the game that introduced itself using my name.

Now, before I go any further, you have to understand that for whatever reason, I’ve rarely encountered other individuals with my name (Morgan). To be honest, I'm called "Megan" more often than my actual name, and it’s even rarer still to find a video game character that possesses my name. So, thanks to a small dose of narcissism, Bethesda pretty much guaranteed I’d be interested in their latest version of Prey.

Of course, I’d likely have been interested regardless due to the fact that I played the original Prey back in 2006. Furthermore, I felt the same dismay as other fans when Prey 2 was officially canceled. So as I sat there watching the trailer for Prey 2017, I did note that it wasn’t exactly the same Prey we’d been promised in 2011 with the announcement of Prey 2.

Nevertheless, the latest Prey didn’t exactly look bad despite various game journalists being quick to label the trailer as “boring.”

As 2016 came to a close, I was greeted in February by another surprise title in Horizon: Zero Dawn. Again, I experienced a dose of gaming narcissism as the female protagonist in HZD, Aloy, is literally the closest I’ve ever come to physically resembling a video game character. I’d made a mental note of HZD at E3 2016, but for whatever reason, the metallic Watcher walking around the floor left a greater impression.

Plus, I was extremely distracted by that giant interactive display for The Last Guardian next to the impossibly long line for Nintendo's Legend of Zelda-themed area. After putting almost 100 hours into Horizon: Zero Dawn from February to March, then an equal amount of time into The Legend of Zelda: Breath of the Wild, May finally arrived with the release of Prey.

First, I have to tip my hat to Arkane Studios for doing an incredible job on Prey in every aspect. I was immediately pulled in by the gorgeous visuals and opening credits sequence, the voice acting wasn’t terrible, and the story never lost its luster for me. It was like Dishonored in space meets Groundhog Day meets Alien meets… well, you get the point. It was genuinely a good game.

Prey offered up a little bit of everything I love in a video game. And yes, I’d be lying if I said I didn’t smile every time the name “Morgan” was said aloud by a character in the game. It’s not my proudest journalistic statement, but it’s one I have no trouble owning up to.

While planning this review, I knew that I wanted it to be different. Specifically, I wanted it to focus not on the game’s graphical integrity, scope and breadth of story, or unique combat mechanics. Instead, I wanted to explain how Prey made me feel. It may be a strange sentiment to express, but this game (alongside Horizon: Zero Dawn) served to rekindle the initial love of video games I had as a child.

The love that plunged me into nearly two decades of nonstop gaming starting with the years spent growing up alongside Nintendo (which I've touched on previously). I never exactly lost the passion for gaming, but it did start to dull a bit over the years. The older I became, the more jaded I felt towards gaming.

For whatever reason, the “magic” started to fade away, and I became far more critical of the games I purchased and played. Games like Prey and Horizon: Zero Dawn managed to tap into that little area of my heart that had always yearned for the ability to immerse myself even deeper into the games I played.

As far back as I can remember, I’ve always wanted to somehow embody the characters on the screen. And yes, I’ve often wanted to play as myself (as boring as I may be). Thanks to some eerily similar design work on Aloy and the use of my first name in Prey, I was able to actually feel that spark running through me. The one I could never bring myself to feel in VR despite my best efforts to enjoy the novelty of it.

Deep down, I think we all have this feeling. The one where we spend way too much time in a game’s character customization area trying to recreate our faces (or create the most ridiculous face possible as many of us did in Fallout 4). Then you have games like The Sims, where you can literally recreate yourself, then sit back and watch your Sim just… live life.

And if you felt that terrible curiosity rise up within you, you could also drown your Sim in a pool because hey, the game presented the opportunity and you took it.

As I concluded Prey, I knew a review would be a hard thing to write due to my personal bias. I was more inclined to give Prey a 9 (or even 10 out of 10) rather than the 7.5 it probably deserves. So, instead of rating the game, I’ll sum it up by saving that I loved Prey.

For those wondering whether or not to buy it, critics have also praised the game in review after countless review. However, I think it has even more value for me in that it brought back another facet of gaming to my immediate attention: deep connection.

I want more games that make me feel as though I’m part of the game. Not just that my choices matter, but that I am (in some way) a part of the character I'm playing on the screen. What happens to them matters more because I feel like it’s happening to me. For all the games where I love the implausible feats of badasses like Nathan Drake or Geralt of Rivia, I also want a small semblance of reality as well.

To all the other Morgans out there who got the same kick while playing Prey, I salute you. Let’s revel in a little narcissism together, if only for the sheer purpose of how unlikely it is we’ll have another experience quite like this in the near future. “Good morning, Morgan!”