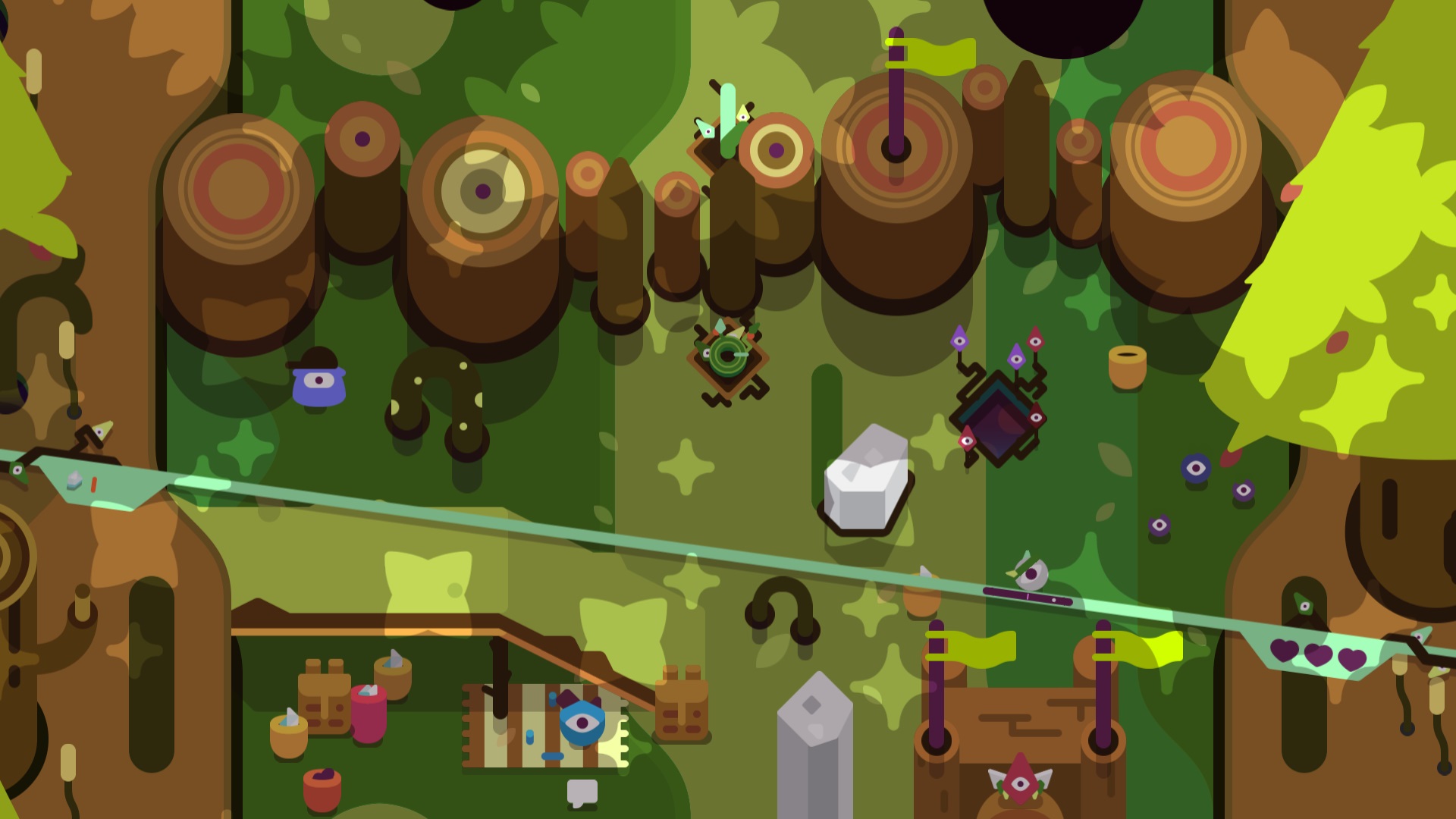 Over the last decade, the “roguelike” has been a popular go-to for indie developers. Games like Derek Yu’s Spelunky helped open doors for the genre, creating a wave of fun and frustrating hits that focus on tight gameplay over elaborate, hand-crafted design. Nowadays, it feels like a new roguelike pops up every day; almost as if the games themselves are randomly generated.

With the volume of new releases, it’s easy for cynicism to take hold, leaving one to ask, “How many more ways can you make this type of game?” As it turns out, there’s still plenty of soil to go around. A great example of this is TumbleSeed, a fresh new spin on the genre that trades in dreary dungeons for lush mountainsides.

In fact, TumbleSeed doesn’t look like it shares any DNA with games like Spelunky at first glance. Rather than controlling a brave explorer, you play as a tiny seed who must roll its way up to the top of a mountain. However, you don’t control the seed directly. Instead, you control a vine-like bar that stretches across the screen.

Using your controller’s dual analogue sticks (or keyboard for PC purists), you raise and tilt the bar to move the seed. If you’re having trouble picturing how that works, think of one of those old ball rolling toys where you have to tilt the puzzle box to send the metal sphere into a hole. That’s the gist of TumbleSeed, though it’s a lot more fun than it sounds.

In the game, you need to carefully roll your seed to avoid holes and enemies, all while slowly ascending the screen. It’s a truly unique and well-executed idea, one which makes TumbleSeed immediately feel like something I’d never played before. This mechanic is a far cry from what you may have come to expect from the last decade of roguelikes.

Yet as you get deeper, the hallmarks of the genre begin to reveal themselves in clever ways. Weapons and tools are replaced with seed abilities, which help you along the way. These special powers allow you to create checkpoints, gain weapons, generate health, and more. To activate them, you need to roll over specified patches and trade crystals which are either scattered about randomly, or gained from fallen enemies.

On paper, this is more of what you might expect from a roguelike—resource collecting, power-ups, and the kind of tight risk/reward dynamic that forms when you have to decide between the easy path or the dangerous one filled with useful items. TumbleSeed’s main strength lies in how well it remixes those genre staples and makes them feel new.

The game may seem familiar at times (the game’s fast travel quest system is directly analogous to Spelunky’s fast travel quest system), but it rarely feels derivative. That’s a difficult feat for any game to pull off nowadays, let alone one that exists in an overcrowded genre. Nevertheless, there’s one thing it borrows most explicitly from other roguelikes: it’s ridiculously challenging.

A successful run requires a great deal of patience, careful control, and a lot of inner peace in the face of panic. Even then, that’s often not enough to get you through one of the game’s 5 randomly generated sections. The game’s difficulty is already an early point of debate for players, with some painting it as needlessly punishing. There’s some validity to that concern.

Like most roguelikes, each run is partially at the mercy of the “RNG Gods.” At times, you’ll load up a level only to be immediately greeted by a row of huge holes and powerful enemies. These randomly generated levels are as challenging as any other game, but the tricky controls add another layer of difficulty that pushes the game a bit over the edge.

While die-hard fans will no doubt be able to master the game with time, casual players may never make it past level 2. Which is a shame, as TumbleSeed is a wickedly clever game that breathes some much-appreciated creativity into the roguelike genre. It’s the kind of thing you’d want sitting in your backlog so you can return to it at your own pace.

And it’s especially a great companion for Switch owners, as it uses the system’s HD Rumble to full effect, realistically ramping up the shakes as your seed gains momentum. The game’s punishing difficulty may make it a niche title, but those patient enough to delve into the world of TumbleSeed will find plenty to admire in its unique design.

For more information, be sure to check out TumbleSeed on the Nintendo Switch eShop, on the official TumbleSeed Steam Store page, on the PlayStation Store, and on the game's official website.