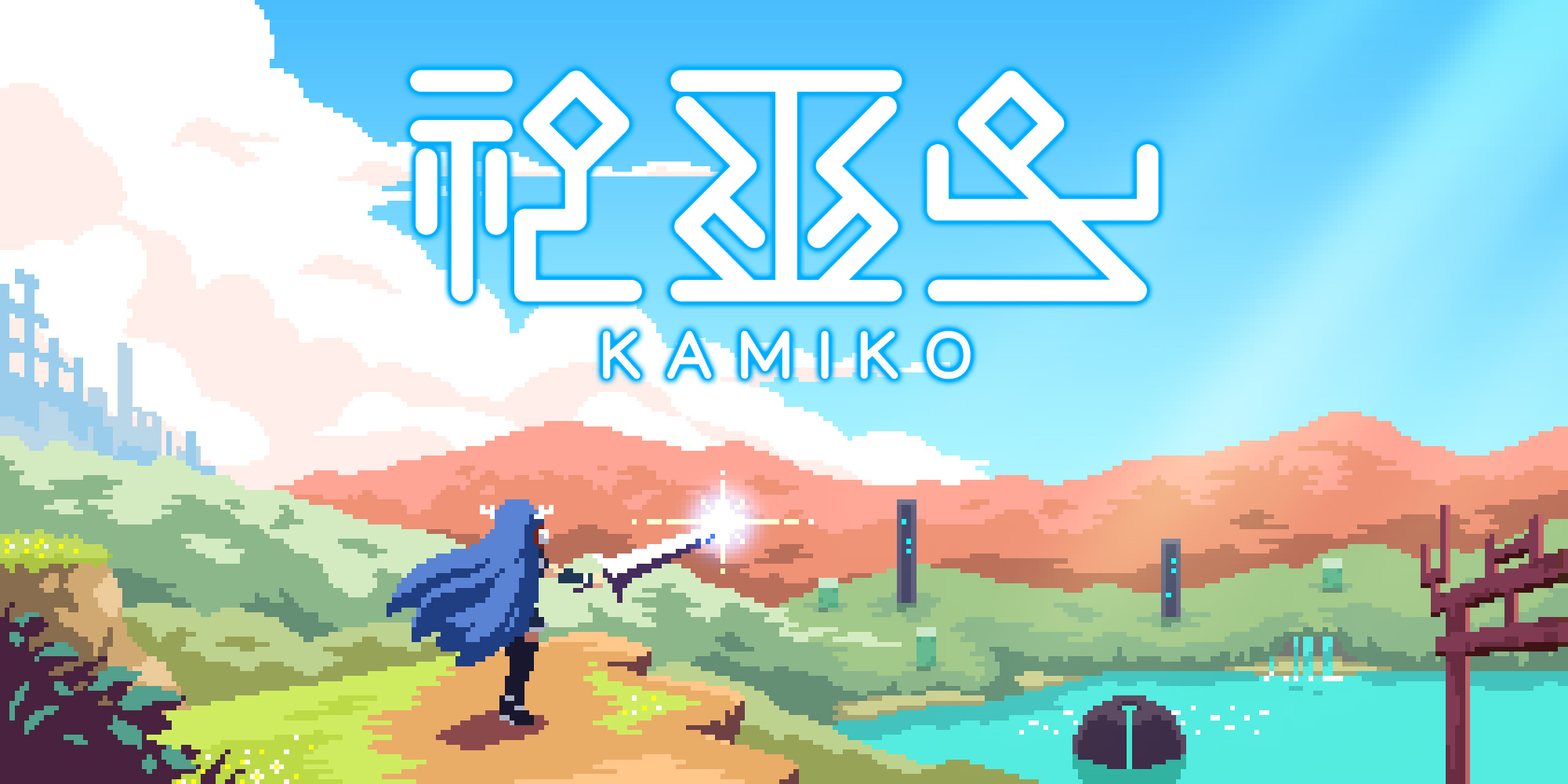 If you go digging around the Nintendo Switch eShop for affordable games, Kamiko’s $4.99 price tag may catch your eye. Developed by Japanese studio Skipmore, this little indie game is currently one of the cheapest games available on the Nintendo Switch (it shares that honor with a digital version of the board game Othello).

But bargain bin games can be something of a crap shoot, as you’re always left wondering, “Well, why is it so cheap?” Furthermore, is Kamiko really worth your five bucks? The short answer is “yes,” and a short answer is fitting considering that you’ll likely blow through Kamiko in an hour.

It’s brief length lines up with the $5 price tag, but fortunately the game itself is fun enough to balance out the value equation. Inspired by Shinto beliefs, Kamiko cleverly adapts religious themes into a stylish action game.

In Kamiko, players must guide one of 3 priestesses—the titular Kamikos—through stages filled with swarms of enemies and little puzzles. The goal of each level is simple: break the magical seal on four gates (or Torii, in Shinto terms) to unlock the boss door. In short, slay the demons and save the world.

To do that, you’ll need to hit switches, pull levers, and transport keys to unlock new paths. There are no head-scratching challenges here, but it’s a neat bit of design; each stage is its own environmental puzzle, which players must fully solve to proceed.

Unlocking gates and chests containing keys requires a certain amount of “energy,” and that’s where combat comes into play. Each kill fills your energy meter, so you need to constantly cut your way through patches of enemies to make sure you have enough points to proceed.

It’s a smart loop that justifies the action rather than making it an optional annoyance. That said, it’s not the most refined aspect of the game.

Fighting is strictly a one-button affair. Pressing “A” three times kicks off a combo, and holding it down activates an energy-draining special attack. Unfortunately, that’s about as deep as things get. Fighting is a touch repetitive as a result, though the quick playtime and Zelda-esque bosses keep it from getting too stale.

The three characters don’t do much to fix that problem, but each one does give the game a slightly different dynamic. One priestess fights at close range with a sword, another lobs off arrows from afar, and the third is a sort of hybrid of the two with her magical shield.

You’ll still be tapping “A” a bunch in all three scenarios, but this morsel of variety is a welcome addition considering that Kamiko has great replay potential.

Specifically, it feels like a game custom built for the speedrunning community, dash button and all. With smart routing and time management, levels can be cleared in a matter of minutes.

The game even tracks your clear time for each stage, giving diehards an in-game tool to track their best runs. Don’t be surprised if you see Kamiko make an appearance at next year’s AGDQ.

Retro game junkies may also get a kick out of Kamiko. The pixel art is eerily reminiscent of 2016’s Hyper Light Drifter, perhaps to a fault. Meanwhile, the soundtrack echoes back to the Sega Genesis days, with 16-bit bangers throughout each level.

Considering that Kamiko is a game about looking back towards ancient Shinto ideals (well, minus the robotic demons), the old school style is a nice aesthetic choice as Kamiko itself harkens back to the past.

If pixel art and speedrunning don’t excite you, then that’s where you might be tempted to keep your wallet tucked away. Admittedly, Kamiko is a niche game, and a brief one at that.

But it’s rare to find a $5 game that’s as thoughtful as Kamiko. It’s a short and sweet experience that approaches both spirituality and puzzle solving in a fresh, albeit micro-scale, way.

There are far worse ways to spend much more money on the Nintendo Switch. To learn more about Kamiko, be sure to check out the game's official page on the Nintendo eShop!