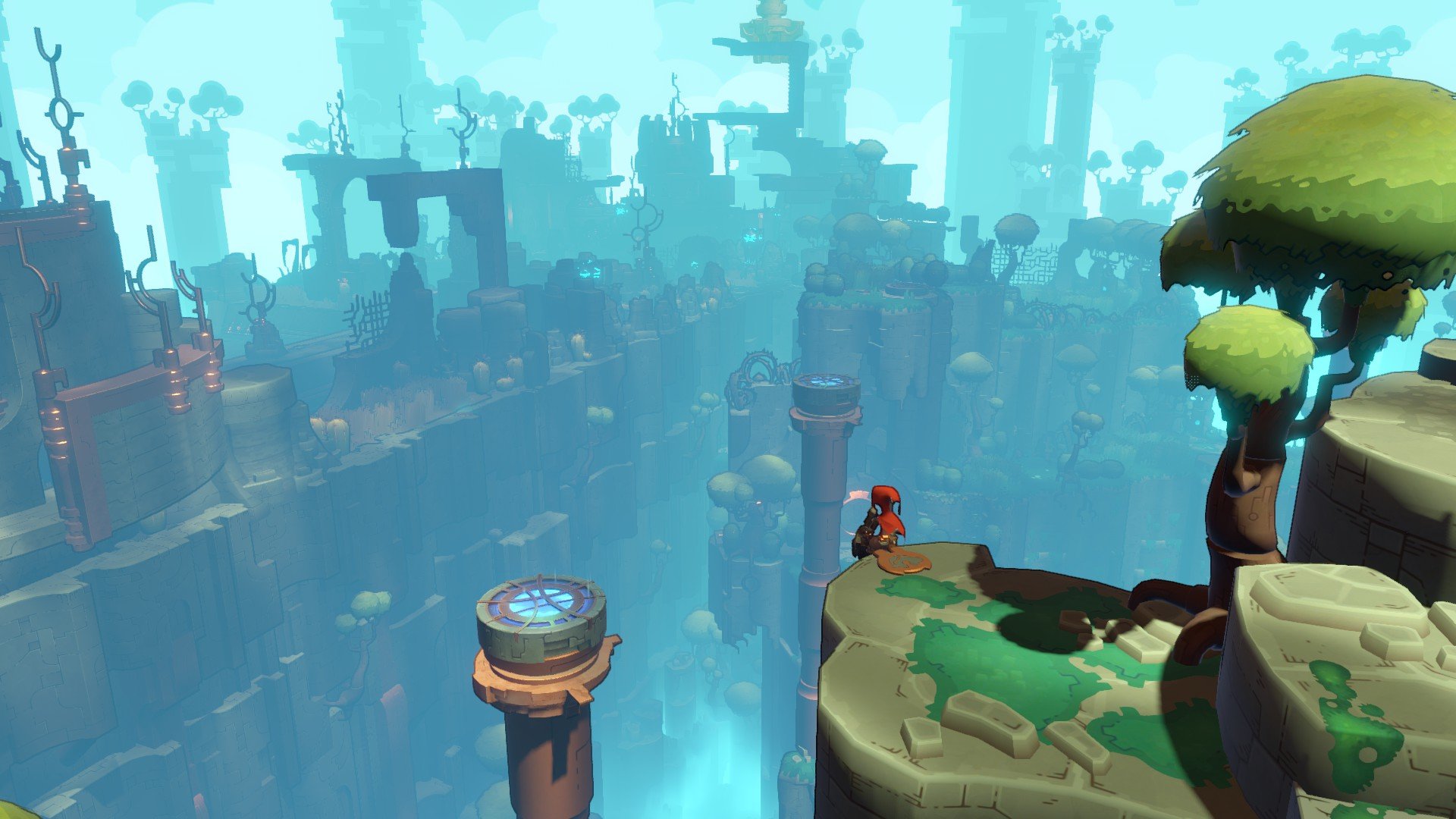 Hob is a fixed-perspective action-adventure game similar to Hyper Light Drifter, but in gorgeously cell-shaped 3D. Developed by Runic Games, the team behind the hugely popular Torchlight series, Hob introduces you to a world on the brink of collapse, and tells its story without text or dialogue, opting to use the environment around you as a narrative construct.

There’s no introduction cinematic to draw you into the story, you’re simply birthed out into the world and set off pressing buttons trying to figure out what your little character can do. Walking, running, and jumping are your main abilities, until you find a sword and eventually receive your mechanical glove. From here on out, abilities are learned as you progress deeper into the world of Hob.

The world map is split into different section, each with their own aesthetic but all beautifully designed. At the beginning, everything you can see in the distance can be reached, creating a sense of adventure as you wonder how to reach another area.

In a similar fashion to Zelda titles, Hob is built of numerous dungeons where you must reach the end by solving puzzles. These puzzles are solved using the abilities you learn within the dungeons, which can also be taken back to previous areas in order to reach the ledges or sections you couldn’t reach before.

Unfortunately, the puzzles in Hob amount to little more than simple mechanical challenges, “If this object is here, then use this attack there.” Most of the time when you become stuck, it’s simply because you missed a button you needed to press or you didn’t see the ladder appear. It’s a shame really, because there is a lot of potential for some interesting puzzles.

Most of the time you can see your goal, but you only have a single object to interact with, which in turn reveals another object. It boils down to a simplistic interactive flowchart. The dungeons will never truly challenge you outside of missed objects or if you fail to reach an area where a collectible was hidden.

In saying this, what the puzzles do well is how they affect the environment. As you push levers around to open up a staircase or unlock a hinge, the entire level shifts around you. It’s like a Rubix cube but without the challenge. You can see the end result, but you just push and shift things around – albeit watching it morph beautifully – until you have the solution in front of you.

Hob also offers a smattering of combat to break up the puzzles, and vice versa. Through using your sword, mechanical glove, and your dodge, you’re able to dance around and attack the fauna you come across. While it is reminiscent of Hyper Light Drifter or Dark Souls, it lacks the finesse and precision they managed to capture.

To reach these chests, you will need to employ varying degrees of platforming, and unfortunately, it’s a bit strained in Hob. The fixed-perspective can make judging distances downright impossible, with many deaths being attributed to jumping for a ledge you thought you could make. At the same time, due to this perspective, a lot of the environment assets look as if they could be secret areas and you’ll attempt to reach them only to fall to your death.

While these are strikes against the title, it’s not an overwhelmingly poor game. Hob is visually beautiful, and has enough upgrades to chase and puzzles to solve to make it an enjoyable experience. Unravelling the world around you is a treat, as there is absolutely no hand-holding outside of context-sensitive prompts. Every cute animal you come across has its own personality, and every area feels delightfully alien and part of some larger picture and story. There’s a lot of potential in Hob, but it misses the mark on a few too many key areas to be considered a "must-have" title.