Playerunknown's Battlegrounds - How to Join and Create a Custom Match 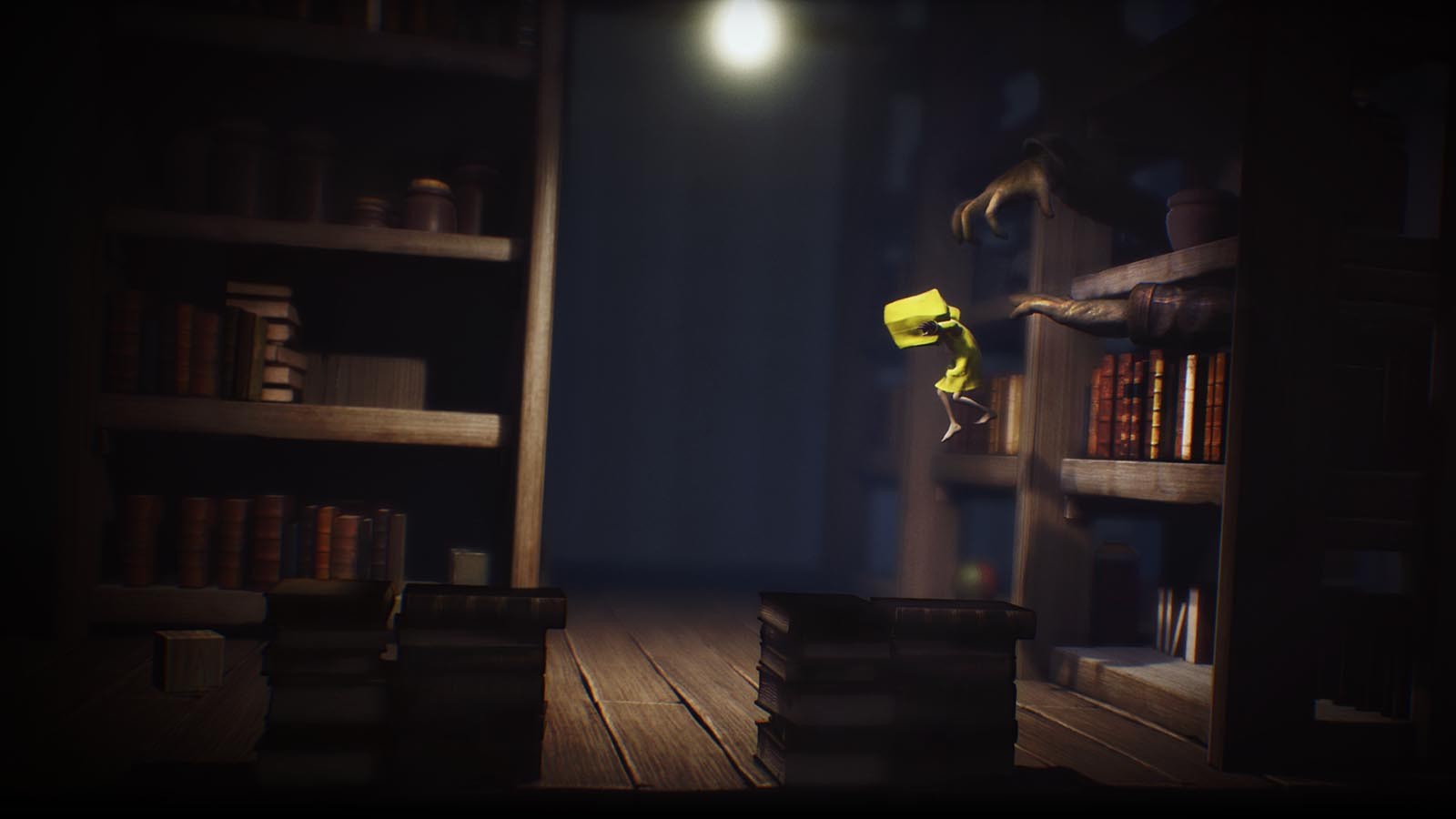 Part 1 of our Little Nightmares walkthrough begins in dark and dimly lit corners of The Prison.

You've made it to part 2 of the Little Nightmares walkthrough. This area is called The Lair and all we can say is, get your stealth game up because you're going to meet your first enemy. His name is The Janitor and he's short, stubby and blind with a crazy sense of smell. This foe has some very long arms that he will use to feel around and attempt to snatch you up with.

If that's not enough to deter you, he's also very persistant. You'll also be doing lots of climbing, jumping, and running. Still here? Well, we hope you're ready to enter The Lair in part 2 of our walkthrough!

In this portion of the game, you’ll find the following collectibles:

Start part 2 of our Little Nightmares walkthrough by heading up the stairs behind you and entering the first door to the right. There’s a Nome in here but don’t be distracted by him just yet. First, climb on top of the desk using the drawers and fetch the light on the right. With the light, walk over to wardrobe and move 4 tiles to the left. This will open a doorway.

Put the lamp on the tile and go through the doorway. Ignore the Nome. You’ll be able to catch him shortly. Head to the control panel and climb on top, pushing the button in the middle. This will reveal different rooms. Remember what you see in those rooms.

Take the key on the table and bring it down to floor level. There’s a doorway to the right that appears to be a wall but push it open and you’ll see a door. Use the key to open that door.

In the room will be a monkey. Use it to hit the button on the wall by throwing it. This will bring up the elevator. Bring the monkey with you onto the elevator so you can throw it at the button again.

Exit left from the elevator, ducking under the pipe and lighting the lantern. Continue to the next room which will have meat inside of a cage. The only option is to eat it which will trigger the trap.

When you awake, rock the cage from left to right so it falls and breaks. Move it to the left while still inside the cage until you’re under the pulley and the door opens. While still attached to the pulley, swing it left to right until you can jump to the door before it shuts.

Begin climbing on the door and then jump to the right once you reach the next level. Light the candle on the bathtub, and go through the crevice on the right.

Beware of the janitor. He’s blind but has a heightened sense of smell. Move stealthy up to him while staying towards the front, and then quickly escape through the entrance on the far right when he picks up your scent.

Grab the lever on the ground and take it to the post on the other side of the room. Insert it into the hole and turn it. This will open a secret hatch on the ground. Right when it’s open all the way, the janitor will come running into the room. Run towards to the hatch and drop in.

Make your way down into the next room. Head to the right where there’s a ladder and climb all the way up. Walk towards the foreground and then up into a crevice. You’ll encounter another Nome as it takes off.

Fall into the the room and hug the Nome before exiting through a hatch. Head to your right until you can jump into the next room.

You’ll find yourself in a sea of shoes with a enemy tunneling through them. Move quickly, even though it will be difficult. The suitcases are a safe zone. As soon as you jump off of them, make a run towards the next one.

Enter the next room and head up the stairs. Move quickly through the hallway because the janitor will make his return. Keep running until you see the elevator. Here, you can crouch and hide in a box off to the right.

Continue into the next room where you’ll find a toy box next to a wiggly plank. Move the toy box so you can stand on the right side of the plank and fall into the space under the floor.

Keep moving to the right. Pass by the ladder and keep going until until you can move towards the background. To the left, you’ll find a statue. Break it and then head up the ladder.

Once back on the main floor, make sure you’re still on the look out for the janitor. Quickly move into the crevice on the right. To the distant right there are drawers followed by shelves that you should climb to avoid the long arms of the janitor.

There will be a box blocking an entrance to the right. Move it to enter the next room. There’s not much to see in this room other than an abundance of clocks. Just walk to the right and open the door, just enough for you to go through. The janitor will make an appearance but you can easily dodge him using these two rooms.

Keep pushing right until you’re in a room with a stack of books. Climb these and then jump onto the furniture. Climb up and then light the candle. Jump to the piano when it’s nearest to you then onto the bookshelf to the left. Climb all the way to top, making sure to avoid the janitor.

Follow the enemy but only close enough so that he won’t notice your presence. There will be another opening for a lever but we’ll be coming back for that later. In the library, make sure to light the two candles. One candle is in the middle of the room on the bottom-most shelf and the other, on the high shelf to the right.

Climb the books closest to the foreground and then navigate along the upper level. Push the toy monkey down to distract the janitor and then run to the left. There will be a small crevice that takes you into a new room.

In this room, you’ll find the lever. Pick it up and place it near the door. Head to the television and turn it on. This will make the janitor open the door and come into the room. Climb the drawers and stay there until the janitor enters. He’ll be fixated on the television, so you can climb back down. Crouch and pick up the lever as you exit the room. Put the lever into the hole you saw earlier.

Turn the lever to pull up the piano. This will obviously draw the attention of the janitor. Jump to the piano and when it swings to the right, jump off it and to the platform to the right. Head through the opening.

In this room, there will be a mine cart. Push it to the right and over the crack in the pipe that’s pouring out steam. Use the cart to climb over the pipe safely and then keep moving it to the right until you can climb it to use the door handle.

Make your way through the tunnels, making sure to light the lantern in the middle. Keep going until you reach the room with a grated floor. When you get to this area, avoid the two holes because the janitor will try to grab you. Wait between the two holes until the right arm moves up then crawl as fast as you can past it.

In the next, you still haven’t reached safety. Move quickly to the right and into the next room before the door can shut. The door to this room won’t shut all the way because of a cage so be weary of the long arms.

In this room, you’ll have to jump between the laundry cart and two cages to avoid the janitors reach. Do this until you can jump onto the cage keeping the door open. Pull on the cage to remove the first support and then jump move back to the laundry cart and cages in the room. Repeat this process to remove the second support from the cage in the doorway. This will cut off the arms and open the hatch against the wall. Climb up and jump into the hatch.

Prepare yourself for what might happen next by taking a look at some of the monsters you'll encounter in this game.