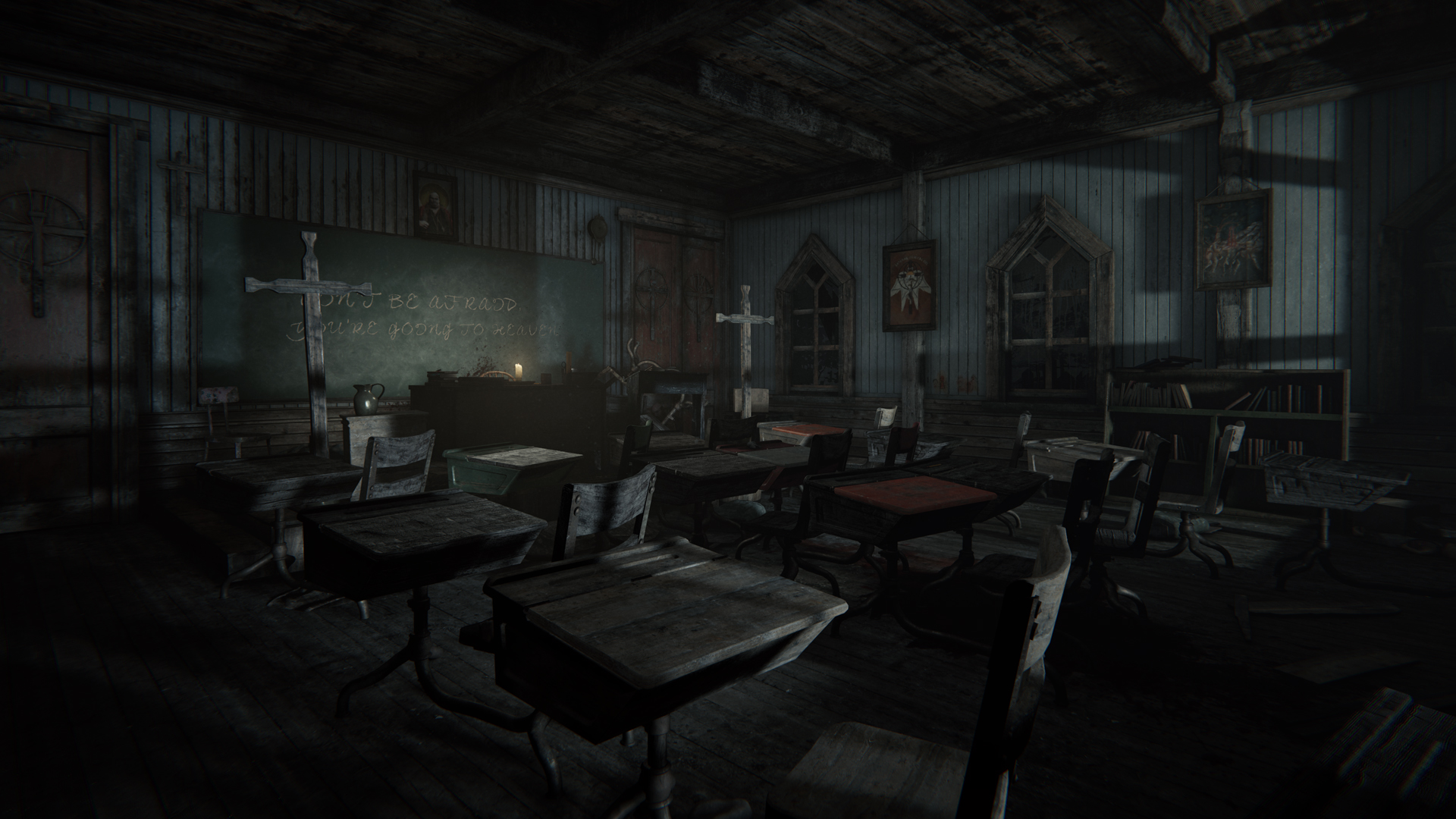 From the frightening, to the traumatic, to the downright strange, these shocking game moments are forever embedded within our minds.

Outlast 2 by Red Barrels is a follow-up title to 2013’s hit horror game, Outlast. One thing that’s immediately noticeable while playing the game is how different Outlast 2 feels in terms of setting and story. While Outlast strictly centered around Mount Massive Asylum, Outlast 2 is set after the events of the first game amid a remote location in Arizona (Temple Gate).

While playing through the game, I found myself harkening back to the endless array of horror films I grew up watching. After falling in love with the genre, I not only watched every horror film I could get my hands but documentaries into the hidden art of filmmaking as well. Now that I’ve become embroiled in the video game realm, I’ve begun to notice little nods to my favorite horror flicks within games just like Outlast 2.

It seems like no matter which form of media you follow, horror has a unique way of producing an infinite variation of similar, yet different, scares. While exploring the story of Outlast 2, I found its diverse array of horror inspirations particularly fascinating. On the surface of "setting," I found slight similarities to Wes Craven’s 1977 cult classic, The Hills Have Eyes.

Over the years, The Hills Have Eyes has become known for its twisted tale about a family that finds themselves trapped in the hostile deserts of Nevada. There, the family has to fend off a creepy group of savages, and as you can guess, the outcome is pretty grim. Circling back to the topic of horror producing new horror, Stephen King’s 1996 novel Desperation uses the same sort of abandoned Nevada setting as The Hills Have Eyes (with an ancient, psychotic entity named Tak).

While Outlast 2 differs in that it’s set in Arizona, it nevertheless draws parallels to the aforementioned horror properties thanks to its themes of isolation, hostile entities, gore, and slaughter. The cultists in Outlast 2 are far removed from civilization, and as such, have been left to their own devices. Kind of like the murderous youngsters in Stephen King’s strange tale, Children of The Corn (yes I'm circling back to King again, I'm sorry). Speaking of corn, if you’ve played Outlast 2 at all, you’ll know there are plenty of terrifying cornfields to explore.

So what is it all about? What’s the core premise hidden beneath Outlast 2’s scary setting? Well, that question is a bit harder to answer.

It’s easy to get confused while digesting Outlast 2’s plot as there’s so much going on all at once. You have Blake and Lynn Langermann, a husband and wife team of reporters looking for answers in regards to the death of a pregnant woman referred to as “Jane Doe.” You have Blake’s flashbacks of his time at catholic school and his classmate Jessica, who hung herself after being tormented and abused (and rejected by Blake). In fact, the whole catholic school thing surrounding Jessica reminds me a lot of Alessa from Silent Hill.

Then you have the Rosemary’s Baby clash of “good” and bad religious cultists known as the Testament of New Ezekiel who obsessed with infants. And of course, the endless supply of grisly imagery and scenarios, like being nailed to a cross. As with any good horror tale, everyone will take away a little something different. While breaking it all down, it’s important to note that there are connections between Outlast 1 and 2. Namely, the bright flash of light you keep seeing is actually man-made and is being emitted by a radio tower near the lake.

This signal is a form of mind control (as confirmed by a document titled “Old Traveler” that can also be found at the lake). Unfortunately, the signal has produced some undesired effects. Namely, insanity (cue the cultists). The connecting factor is the source behind the brainwashing, the Murkoff Corporation.

Now, the Murkoff Corporation is the same crooked group that reopened Mount Massive Asylum in order to conduct human experiments. So it's because of Murkoff’s mind control that you’re able to tap into Blake’s psyche. Specifically, his guilt surrounding Jessica and Lynn. The progressive lapse into that Blake experiences is interesting in that it makes you question the reality of certain situations.

In this way, Blake is something of an unreliable narrator, which is further emphasized by hearing his thoughts after playing back various camera recordings. The game falls in line with the original Outlast in that you pick up bits and pieces through documents and video recordings. However, something about Outlast 2's story continues to gnaw away at my mind.

Namely, the ending, and the manifestation of Blake’s personal demons. Aside from Blake supposedly making it out alive with Lynn's baby, the rest is left up to the imagination. Which parts were real, which parts were brought on by the corrupted radio signal? Then you have the murder of Jane Doe, the appearance of Ethan as a sort of Deus Ex Machina, the fact that cult leader Knoth doesn't just kill Lynn's baby himself.

Why ask Blake to do it? Knoth had no qualms about killing his entire flock of cultists. One theory is that most of the game takes place in Blake's head. Perhaps Lynn doesn't survive the helicopter crash and Blake, consumed by guilt and influenced by the signal, is left running from the truth.

Outlast 2's story offers two distinct horror themes, and it excels not only in what it shows but in what it doesn’t show you. While not all of the horror themes are implicitly original, what is unique is the unsettling feeling you experience at the end.

Whether a third game in the series will be released to build upon this foundation (I’m betting it will) remains to be seen. However, if you take anything away from Outlast 2, it’s that it’s an impressive spin on the horror genre. It features both outlandish and believable enemies (Knoth is like an alternate Jim Jones), and a flawed protagonist to guide you through the freak show kind of like Captain Spaulding in House of 1000 Corpses. If you’re looking for a story that will keep yourself up at night, definitely give Outlast 2 a try.

For more information on Outlast 2, be sure to check out our Outlast 2 summary and story explanation, explore part 1 of our Outlast 2 walkthrough, or recap last Outlast 2 demo.