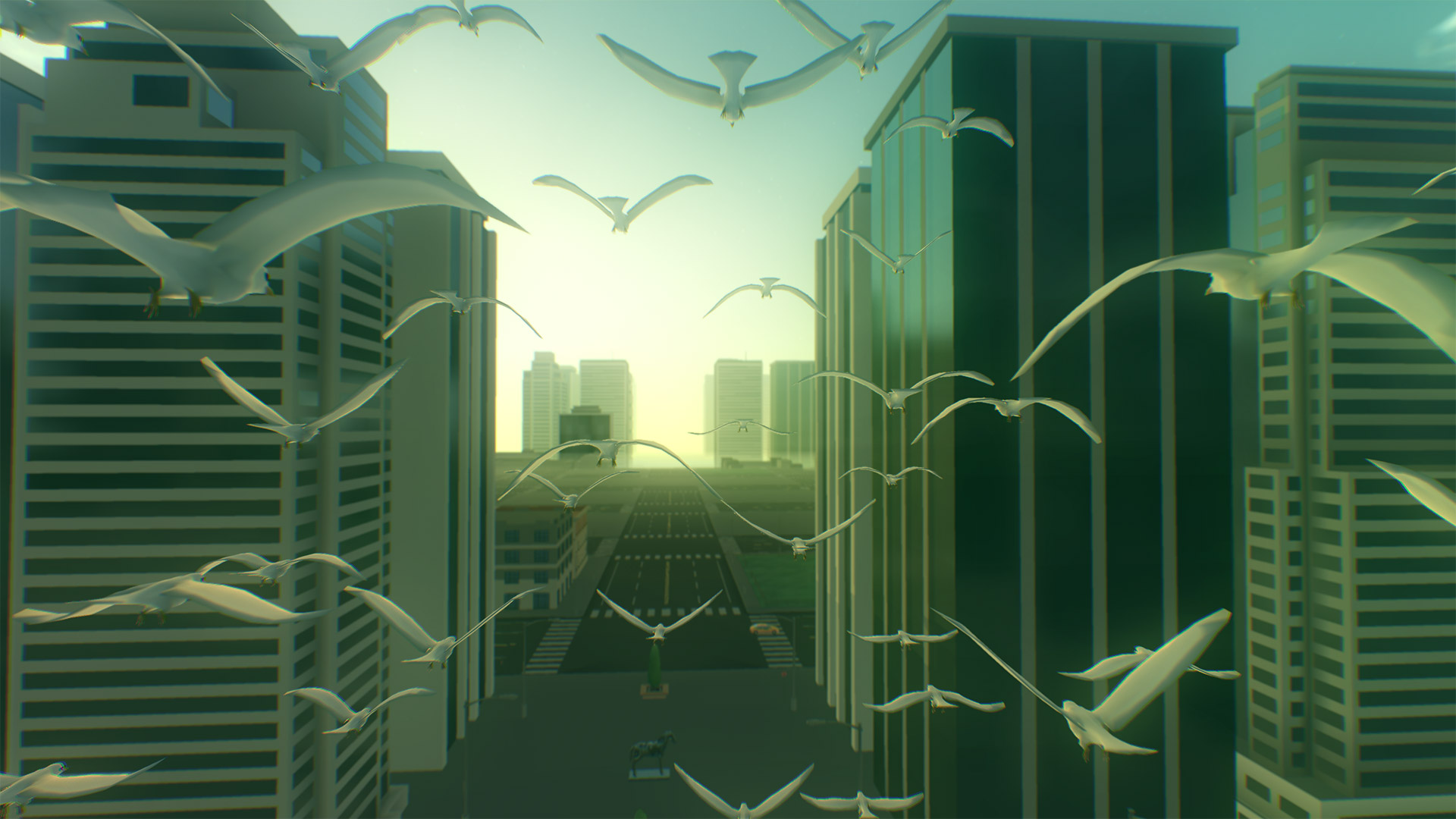 Review | Everything by David OReilly

Watts’ philosophies are so fundamental to the experience that Everything’s website dedicates an entire section to him, noting that the lectures featured in the game “all describe what Everything itself is about.” It’s bold enough for a game to adapt a philosophical construct, but how on Earth do you turn the question “What is a thing?” into an interactive experience?

OReilly tackles this tall order by creating the ultimate walking simulator. Everything is a game where you can play as… well, everything. No, really. The player is plopped into a world and given the ability to become anything they see on screen, whether it be a massive redwood or a tube of lipstick. There are no objectives or set goals to be found.

Instead, Everything is simply a sandbox where you get to explore the universe. And I mean that very literally, as you can control a galaxy if you drill far enough. There are well over 1,000 different “things” to be found, from buildings to animals to particles. That idea might sound somewhat gimmicky in theory. And if games like Journey have never impressed you with their relaxing tones, then this is almost certainly not for you.

However, Everything is a bizarrely hypnotic experience. Each time I booted up my computer, I expected to diddle around in it for 20 minutes, only to lose hours at a time without realizing it. There’s something mesmerizing about a game that just allows the player to simply exist. In most games, there’s always something to do. A waypoint to check out, a collectible to collect. With all of those "Game Basics 101" stripped away, you’re left to meditate on the nature of being.

What’s it like to fly over the ocean as a seagull? What do oak trees look like when you’re the size of a rabbit? These are things humans can never truly experience, but OReilly seeks to give players a way to see the world differently (though, the game pokes fun of itself for being a paltry, low-polygon approximation of reality).

Speaking of OReilly, his attention to craft really shines through here. He may be new to gaming (with only 2014’s Mountain to his name), but he’s an accomplished visual artist whose animation credits range from Adventure Time to the Best Picture nominated Her. On this project, he almost acts as a composer, fusing all of the game’s audio and visual artistry into one stunning package.

The visuals showcase his signature 3D style, which really pop once things get sub-atomic. Composer Ben Lukas Boysen’s score is a beautiful 3-hour experience in its own right, which perfectly meshes with the game’s reflective tone. But the real MVP here might be Eduardo Frau, who previously served as a sound designer on the hit indie title, The Stanley Parable. Frau’s soundscape is simply jaw-dropping. Each object comes with its own unique set of sounds: birds squawk, leaves rustle, particles... squelch?

It’s a seemingly limitless collection of noises, which makes each switch from thing to thing feel different and immersive. While Everything is undoubtedly a tremendous work of interactive art, some may argue that it isn’t exactly a game. In fact, Everything’s PC quit menu uses the word "app," which may give some fuel to that argument. That may lead some skeptics to question the point of the entire project. It’s a valid argument.

What can Everything offer us that enhances the philosophy on which it’s based? And of course, Alan Watts himself answers that question for us:

“I happen to be a lover of archery. But I don’t like archery for killing things, I like it as a sport. What is it that fascinates us about that? Because it’s not useful? It doesn’t really achieve anything that we’d call purposeful work. It’s simply what we call play. But in our culture, we make an extremely rigid division between work and play. Don’t make a distinction between work and play. Regard everything that you’re doing as play, and don’t imagine for one minute that you’ve got to be serious.”

That’s the real beauty of Everything. OReilly invites you to come into this weird, little-big world and just exist in the act of play. Watts’ narration is there to guide you mentally, but even that is completely optional to the player. The focus is squarely on individual experience. For me, the act of becoming a flock of birds and soaring over a desert was an impactful moment.

For another player, maybe they’ll find meaning in a star cluster. And for another, maybe it’ll all feel like a total waste of time. The reactions may differ from person to person, but each player is connected by one common thread: Everything.