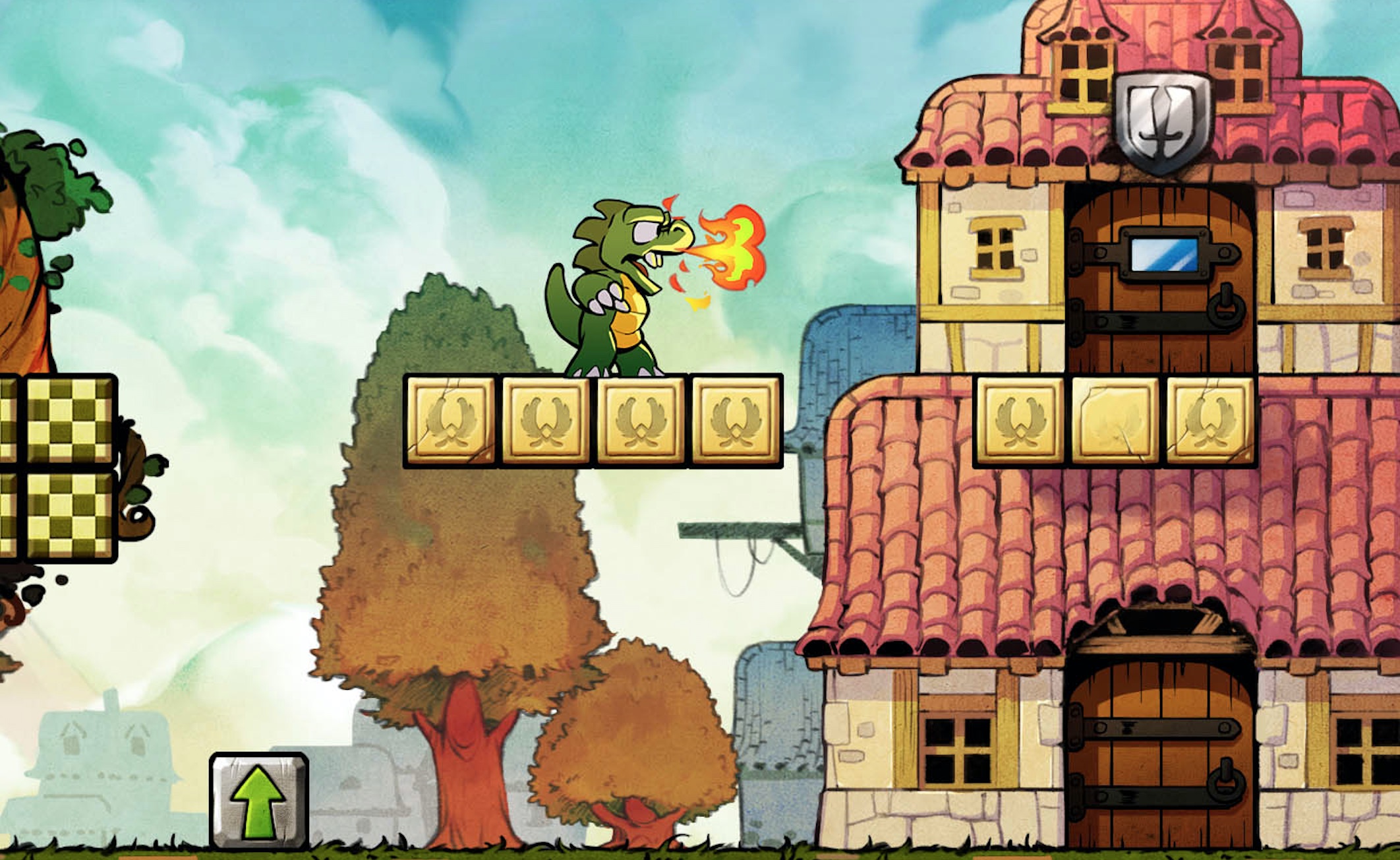 Use these Minecraft tips to build and battle your way to victory in Super League’s City Champs.

Although many people consider Wonder Boy 3: The Dragon’s Trap one of the best games for the Sega Master System, unfortunately I never had the chance to play this classic because my parents let me have an NES and then cut me off from other consoles. This meant that I had to wait years to experience such gems as After Burner, Out Run and Space Harrier. I briefly played one of the Wonder Boy games, but it wasn’t enough time to form an opinion of the franchise.

Admittedly I am not the foremost expert on Wonder Boy, and that isn’t necessarily a bad thing because there’s a chance you (like yours truly) never had a Sega Master System or even heard of Wonder Boy to begin with. If that’s the case, Wonder Boy: The Dragon’s Trap is entirely new, and being that we might be on the same ground with this title, I will say that it’s an old-school platformer with attractive artwork, mostly enjoyable gameplay and a cool retro mode that you’ll want to show off to friends and family.

When I say that Wonder Boy: The Dragon’s Trap is entertaining for the most part, I refer specifically to its classic design, which you’ll either love because of all the old school feels or tolerate since it may seem like the game wants to punish you. That said, it’s important to keep in mind that the developers at Lizardcube set out to refresh the original Sega Master System game, Wonder Boy 3, not to reimagine how it plays. Yes, the graphics and music received a wonderful update, but the game plays almost exactly like its dusty counterpart, right down to the Metroidvania style where you can go almost anywhere and the password save system; though to be fair, the game will punt you back to the previous village upon death. Basically, if you expect this game to hold your hand or give you the slightest advantage (even an in-game map), you’re in for some bad news.

But this doesn’t mean that Wonder Boy: The Dragon’s Trap is bad. It’s quite good if you’re into exploration games, the type where you’ll come across a door that you cannot unlock for the time being, but will return to said door the moment when the required ability becomes available. These “ah-ha” and discovery moments are what make the game so much fun.

There’s also variety in the gameplay, where over time you gain access to six different forms with unique powers that help you access new areas of the map. For instance, the Lizard spits fire, the Mouse lets you climb walls and the Piranha character is able to swim, so part of fun involves uncovering each of these forms and then taking advantage of their abilities to discover new areas of the map.

The coolest feature to Wonder Boy: The Dragon’s Trap, though, is the option to switch to the original retro graphics, audio and sound effects at any time through the options menu. I’m not sure how long you’ll play in classic mode, but the fact that you can toggle this on/off at will is great to see in action, and a sweet nod to longtime Wonder Boy fans.

All of these things make Wonder Boy: The Dragon’s Trap a cool throwback and worthy addition to your video game collection, whether you grew up with these games on different Sega consoles or you’re a first time player who needs something new for the Nintendo Switch; the game is also available on Xbox One and PS4. Cool game that was definitely worth the wait.