Everything you need to know about training a crew in World of Tanks. 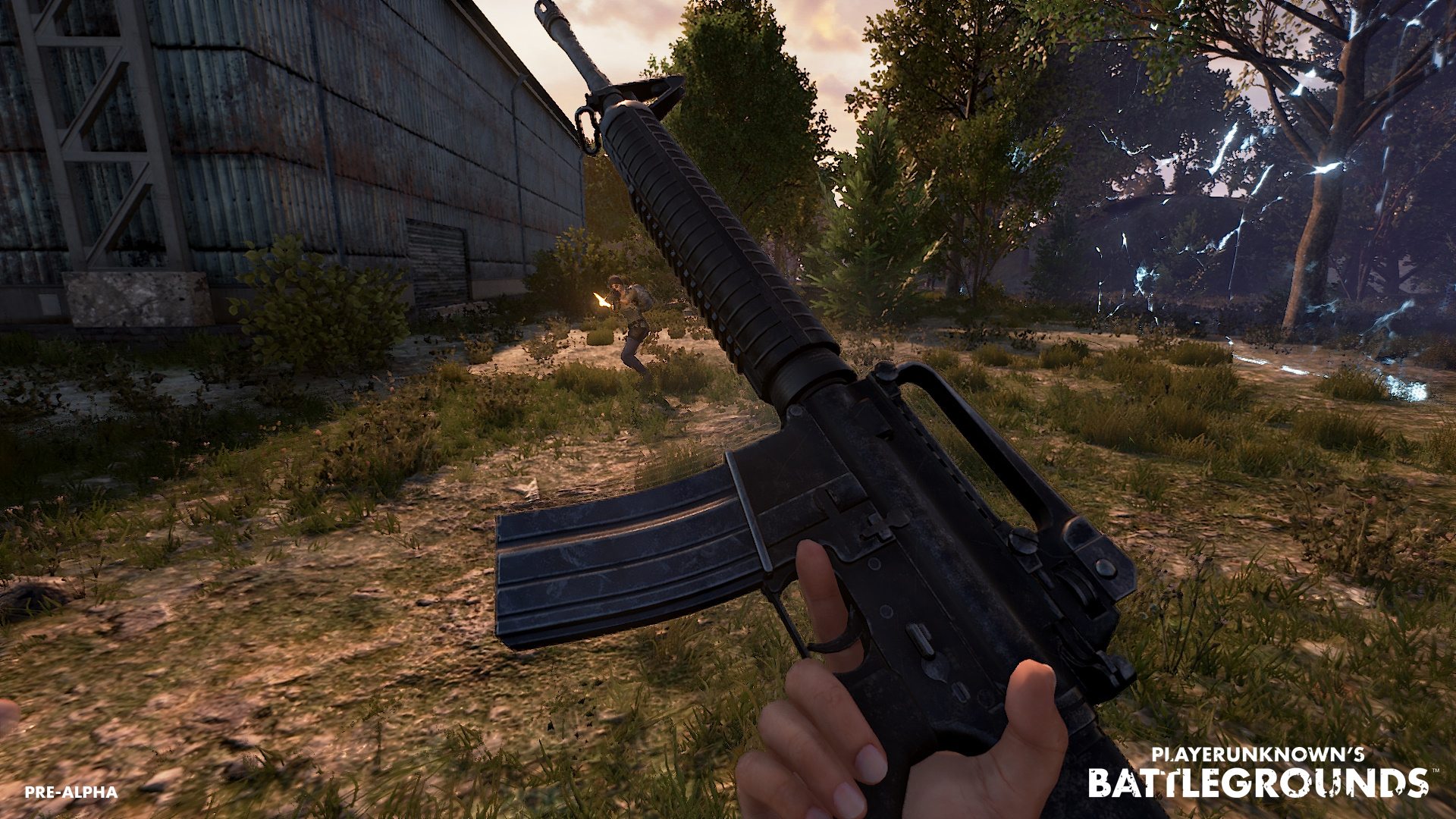 Meet the mastermind behind the cover art of the Hotline Miami series.

In PlayerUnknown’s Battlegrounds, you’re given the ability to scavenge for a variety of weapons, including assault rifles. While having a weapon is undoubtedly better than being unarmed, sometimes knowing when to equip one assault rifle over the other can come in handy. Especially when you’re trying to get the jump on aggressive enemy players.

To help make this process easier, we’ve put together a quick guide on the best assault rifles in PlayerUnknown’s Battlegrounds.

The AKM is one of three assault rifles in Battlegrounds that’s relatively easy to find. Unlike the SCAR-L and M16A4, though, the AKM uses 7.62mm ammo (at 30 shots per clip). During our time spent in PlayerUnknown’s Battlegrounds, we found that we came across far more 5.56mm ammo packs as opposed to the 7.62mm of the AKM.

Because of this, you may want to opt for the SCAR-L or M16A4 rather than the AKM in certain scenarios. Comparatively, the AKM has a slower rate of fire than the SCAR-L, but with added stability and power. The AKM is tailored for players who favor accuracy and well-timed shots at medium to long range.

While the SCAR-L has poor Stability and mid-range Damage in comparison to other offerings in the assault rifle tier, it’s nevertheless a common find that’s capable of holding its own. In addition, the SCAR-L utilizes the commonly found 5.56mm ammo (at 30 shots per clip).

With its high rate of fire, the SCAR-L can come in handy if you find yourself embroiled in close-quarter engagements. In a pinch, the SCAR-L can take down an opponent when firing at long-range in Battlegrounds. However, your best bet is to ration your supply of 5.56mm ammo until you’re close enough to pop off a few shots to the head.

Continuing our list of assault rifles in Battlegrounds, we have the M16A4. This weapon fits well alongside the SCAR-L in terms of how easy it is to find when looting. In addition, it uses the same 5.56mm ammo (at 30 shots per clip). Because of this, the SCAR-L and M16A4 both offer players the best possible chance of replenishing ammo.

Not only is the M16A4 better than the AKM or SCAR-L when it comes to Damage, it also has the highest Effective Range out of any assault rifle in Battlegrounds. The M16A4 is definitely the better option over the SCAR-L, though not as recommendable as the last assault rifle entry on this list.

The M416 uses 5.56mm ammo, which is common seeing as it’s used by three other assault rifles. When the M416 is decked out in mods, you’ll find you have an easier time taking down bullet sponges (regardless of clothing, armor, and items).

Essentially, if you’re looking for the best assault rifle in PlayerUnknown’s Battlegrounds, the M416 is your best bet. Due to its rarity, however, you can rely on either the M16A4 or the SCAR-L when absolutely necessary. After all, a mid-range weapon is far better than wandering around the map unarmed.

For a closer look at the full list of weapons available in PlayerUnknown’s Battlegrounds, be sure to head over to our comprehensive guide.

By reading through this guide, you should now know the best assault rifles in PlayerUnknown’s Battlegrounds.