Destiny: How to Beat Aksis Challenge - Wrath of the Machine

How to complete the Aksis Challenge Mode in Destiny's Wrath of the Machine raid. 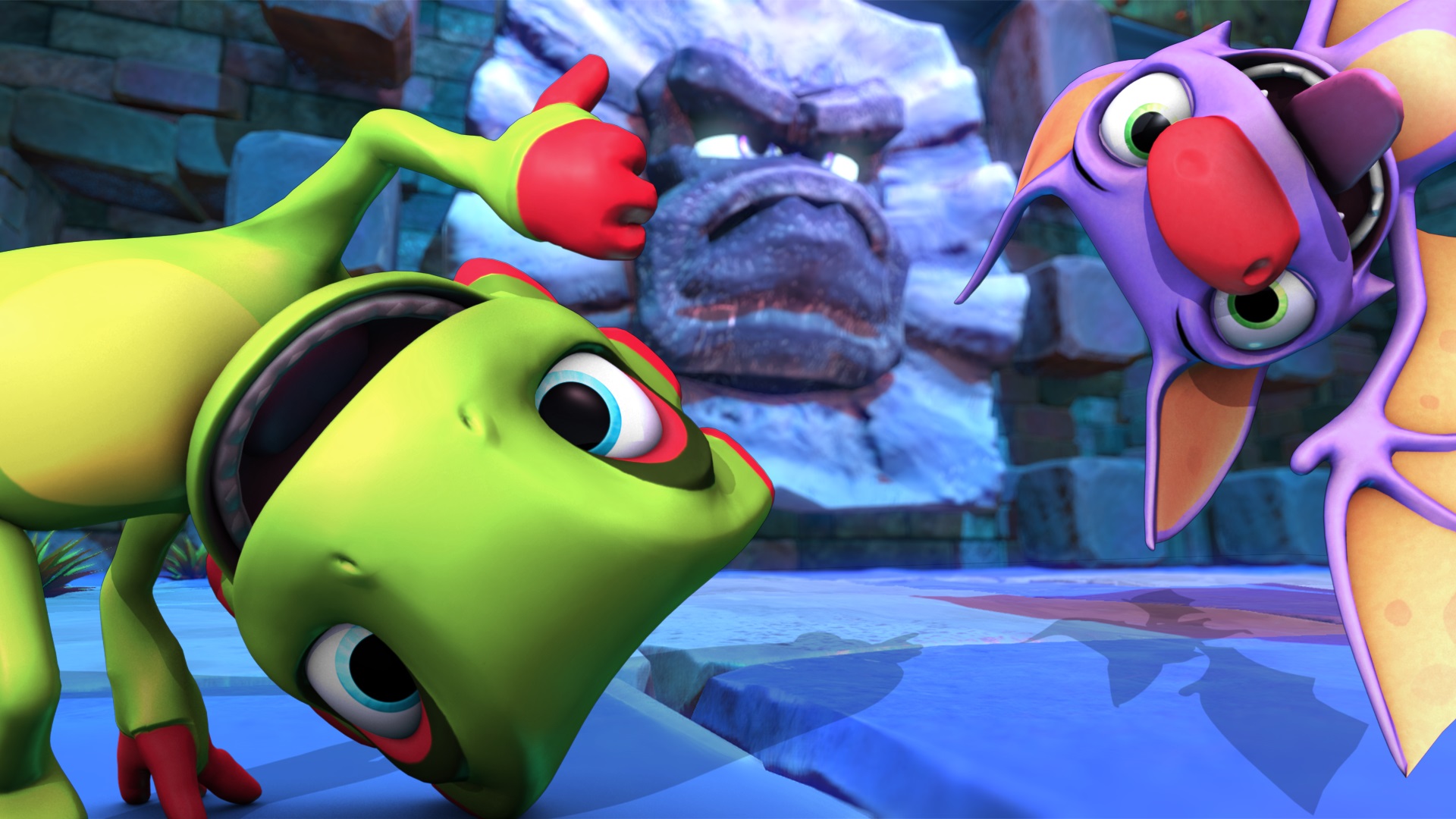 How to Unlock All Tonics in Yooka-Laylee

Destiny: How to Beat Aksis Challenge - Wrath of the Machine

How to complete the Aksis Challenge Mode in Destiny's Wrath of the Machine raid.

In Yooka-Laylee, there are 16 different Tonics offered by Vendi that you can unlock and equip. Each Tonic has its own unique effect, many of which can help you find various different collectibles including Pirate Treasure. If you’re wondering which Tonics are available in Yooka-Laylee, or are searching for answers on how to find them (like the Pants Tonic), we’ve got you covered.

Below, you’ll find a comprehensive list of all Tonics offered by Vendi in Yooka-Laylee!

Arguably one of the most sought-after Tonics in Yooka-Laylee is the last one you can unlock in the game—the Pants Tonic. To unlock the Pants Tonic, you’ll need to collect every single Pagie in Yooka-Laylee. Once you’ve completed this task, head back to Vendi to purchase the Pants Tonic and equip it to see Yooka rocking some pretty snazzy trousers (kind of like Trowzer the Snake).

“Due to time constraints, the orchestral soundtrack, 64-bit shader, and dev commentary will be added to Yooka-Laylee post release. Our priority was to deliver the core game experience to our backers without further delay, and we hope you look forward to these free additions in the near future.”

Despite being unable to unlock the 64-Bit Tonic, we do know that it gives you the ability to visually transform Yooka-Laylee into a classic Nintendo 64 game.

The Fallproof Tonic in Yooka-Laylee will give the dynamic duo the ability to fall from tall places and take zero damage. If you’re a speedrunner, clumsy, or simply looking to scale up large structures, this Tonic can be a literal lifesaver. To unlock the Fallproof Tonic, you’ll need to collect 10 Ghost Writers in Yooka-Laylee, then return to Vendi.

The Salmon Tonic in Yooka-Laylee is somewhat similar to the aforementioned Fallproof Tonic. However, the Salmon Tonic gives you the ability to hold your breath underwater for longer periods of time, thus reducing the risk of drowning. If you’re looking for an easier way to explore underwater, you’ll definitely want to unlock the Salmon Tonic by killing 10 underwater enemies. The best place to do this is in World 3, Moodymaze Marsh.

Another useful Tonic in Yooka-Laylee is the Bruiser Tonic. This Tonic will give Yooka and Laylee extra health when eating butterflies. To unlock the Bruiser Tonic, you’ll need to collect 10 out of the 20 Pagies found within Hivory Towers. Once you’ve collected 10 Pagies, return to Vendi to get your hands on the Bruiser Tonic.

If you’re looking to improve your power meter regeneration (aside from Power Extenders) in Yooka-Laylee, you’ll want to unlock the Livewire Tonic. To unlock it, you’ll need to beat Rextro’s high score on three of his arcade machines. Once you’ve beaten Rextro at his own game (literally), head back to Vendi to receive your Livewire Tonic.

The Wellard Tonic in Yooka-Laylee gives the dynamic duo one additional health slot. This Tonic is typically one of the first to unlock, and as such, is best used during the beginning stages of the game. To unlock the Wellard Tonic, simply collect 5 Pagies, then find your nearest Vendi!

The Super Slam Tonic in Yooka-Laylee is fairly simple, as it gives your Buddy Slam move additional damage and power. To unlock the Super Slam Tonic, use your Sonar Shot move to stun 30 different enemies, then head off and find Vendi.

The Helium Tonic in Yooka-Laylee has one of the most obnoxious effects in the game… it makes character voices unnaturally high-pitched. If you really want to use this Tonic (it’s great to confuse a friend who may not know of its existence), you’ll need to complete Yooka-Laylee’s story mode. After that’s done, find Vendi, equip the Helium Tonic, and squeak your way to victory.

There are 16 different Tonics to collect in Yooka-Laylee, all with their own distinct properties and effects. In addition, collecting all 16 Tonics will unlock an Achievement and help guide you through Yooka-Laylee’s story mode.

By reading through this guide, you should now know how to unlock all Tonics in Yooka-Laylee.