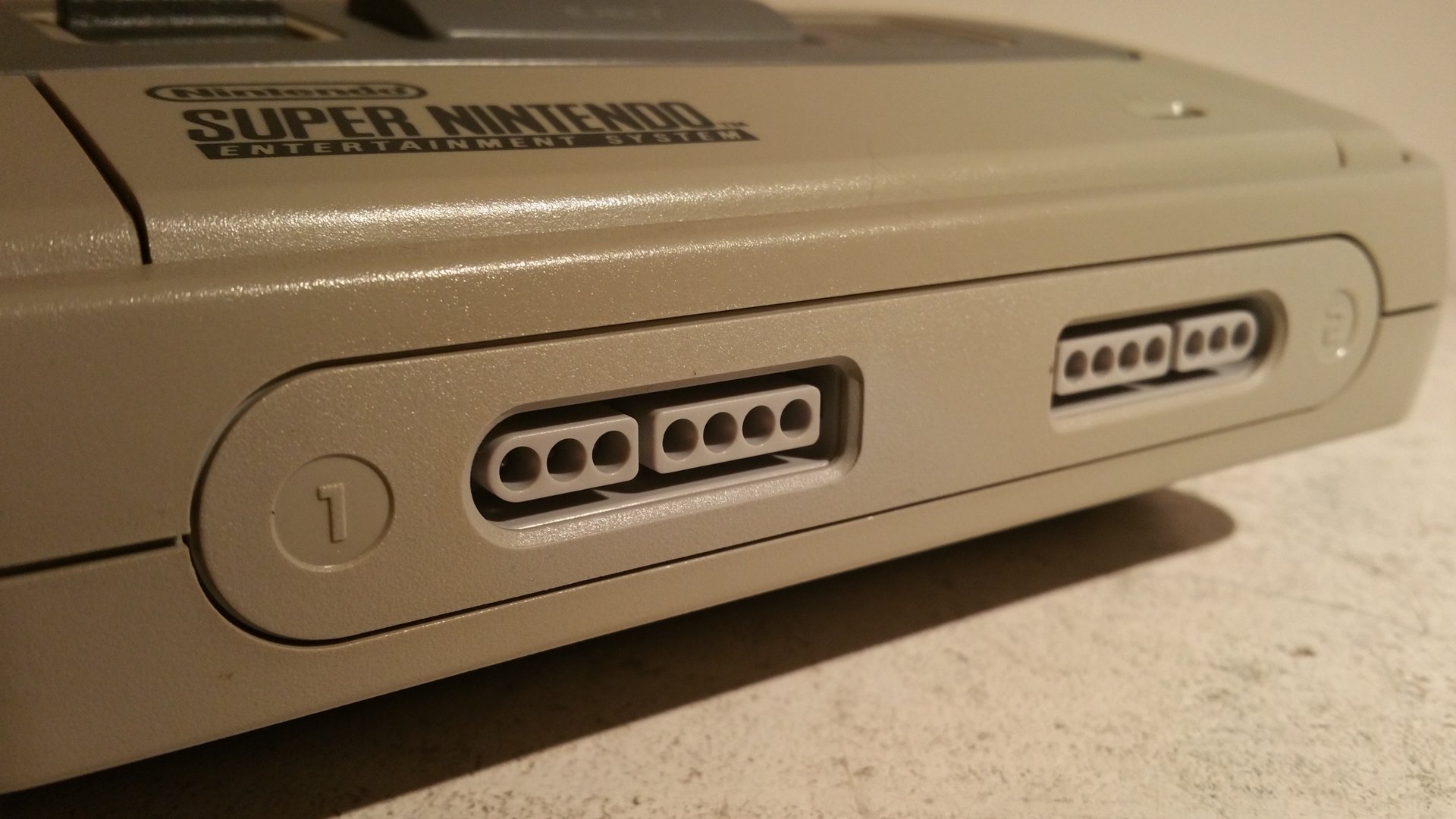 Sadly there don’t appear to be that many great game controller peripherals coming out for consoles these days. There was a time that every other month there’d be a new game transforming the plastic battlefield with a new instrument of destruction or creation bundled in. We’re looking back at these relics of a bygone era to decide which belong in a museum, for better or worse.

Your Robotic Operating Buddy (R.O.B) was one of the most criminally under-utilized peripherals of the golden age of gaming. Well, golden age is perhaps a little optimistic, since his existence was purely a gimmick to make the NES stand out from the pack in the dying days of the 1983 North American video games crash. With only two games making use of R.O.B’s ability to interpret screen flashes as commands to play along with you, it’s amazing the robo-buddy still persists through appearances in Smash Bros. and other Nintendo games. We’re glad he does, though.

Right, ahem, yeah. So, Rez creator Tetsuya Mizuguchi is best known for seamlessly blending visual and sound design into synaesthetic rhythm game experiences. But with Rez’s original release on the PlayStation 2 he wanted to bring more senses into the mix. Naturally the (novel at the time) use of rumble packs and vibrators in controllers was an obvious fit, but Mizuguchi felt the DualShock’s meagre motors weren’t strong enough for the job. So, in a limited run, Sega packed in a separate Trance Vibrator. It wasn’t a sexual thing, according to Mizuguchi, but since when does that stop humans doing what humans do?

Sega Bass Fishing. Get Bass 2. Soul Calibur. None of these games would be the same without the Dreamcast Fishing Controller. Hold up, what’s that last one? Yup, the humble fishing rod let you hack and slash your way through a fighting game, a whole decade before the Wiimote was even a thing. Of course its originally intended use of whiling away the hours yanking large fish out of a virtual pond was equally as satisfying, cementing its position in the peripheral hall of fame.

As far as value for money goes, the Steel Battalion Controller definitely gave us the most bang for our buck. More than 40 buttons flash across the three panels of this total mech cockpit conversion of a peripheral, along with two joysticks, three pedals and a satisfyingly red “EJECT” button behind a flip-up clear plastic canopy. This is peak peripheral, really, bringing the game world out and splashing it across your entire desktop. If you’re lucky enough to have one of these, treasure it forever. Or pack it up and send it here, DM me for the address.

Game pitch: it’s a musical rhythm game, with a musical instrument peripheral, before Harmonix had even dreamed up Guitar Hero, and it features a beloved Nintendo mascot. Mario Guitar Hero would have sold millions. Billions, even. Not a doubt in our minds. But instead we got something bigger. Better. Hairier. We didn’t deserve Donkey Konga or its five-input bongo controller. Two different types of bang per bongo and a microphone in the middle to hear you clapping on the beat. If this were the GameCube’s controller you could play it one-handed but that’s not the point. The point is: you could bang out Smashmouth’s All Star to a jungle beat.

Years later, after the musical peripheral market had become saturated by ever-increasingly complex instruments – from fretted guitars to entire drum kits – Nintendo once again embraced simplicity. The Wiimote had pretty much every gyroscope and motion control doohickey needed to be whatever you wanted it to be. So Sega-published Prope studios turned it into a drum using a cardboard box. Sadly, only Japan and Europe got the official Let’s Tap cardboard box technology bundled in with the game, Americans had to make do with just smashing a coffee table or using some other cardboard box scavenged out of the recycling bin. Like savages. SAVAGES!

A simply indispensable classic. There’s no better way to drag your living room into the arcade than throwing down a couple of mats and getting some DDR duels going. That’s saying nothing of the mats’ abilities to transform practically any other PS2 title into a party game. Racing games turned into bizarre bobsled booths, sitting in the middle of the map and leaning left and right to wiggle your way around corners. This was the peripheral that withstood the test of time and spawned a thousand Dark Souls alternative controller runs, and we salute it for its service. Stay cool, indeed!

The iconic lightgun when Nintendo ruled the waves. This bazooka-shaped shoulder-mounted rifle was a must-have just for its stylish design, and now we look back at it, none of the games we used it for were really any good. Aside from Terminator 2, which was the most exciting arcade experience imaginable. But pointing a cursor around a screen to tell Lemmings what to do didn’t quite match up with the space-age rocket weapon you were doing it with.

This was really when lightguns picked up, though. G-cons are every bit as stylish as the Super Scope, but with 3D graphics now the norm they got put through their paces and then some. Time Crisis, Ninja Assault, Dino Stalker, Virtua Cop, Vampire Night, all juggernauts of the turn of the millennium. Everything about the G-con 2 was a masterclass in making your peripheral feel extremely good to use. The reload button on the bottom of the grip lets you slam another magazine home and keep shooting. The secondary button on the side of the barrel like activating a teeny tiny underslung grenade launcher. The only thing missing is the recoil feedback of the G-cons attached to the Time Crisis arcade cabinets and then you’d never need to leave home again.

Every golden age of civilization must have its fall. The Roman Empire. Atlantis. Ostentatious console gaming peripherals. The end of the reign of plastic was heralded by Tony Hawk, attempting to actually make skaters out of us all. Tony Hawk Pro Skater 2 is still one of the greatest games of all time, but seven main games and three spin-offs later something had to give. Tony Hawk’s Ride got pretty universally panned when it arrived on PS3 and 360, but it was the Wii version’s unique controller that sealed the deal. Most people playing the games couldn’t land a pop shove-it to save their shins, which is why they were playing a Tony Hawk game. Still, it’s good to see that some real skaters found some use for the plastic plank.