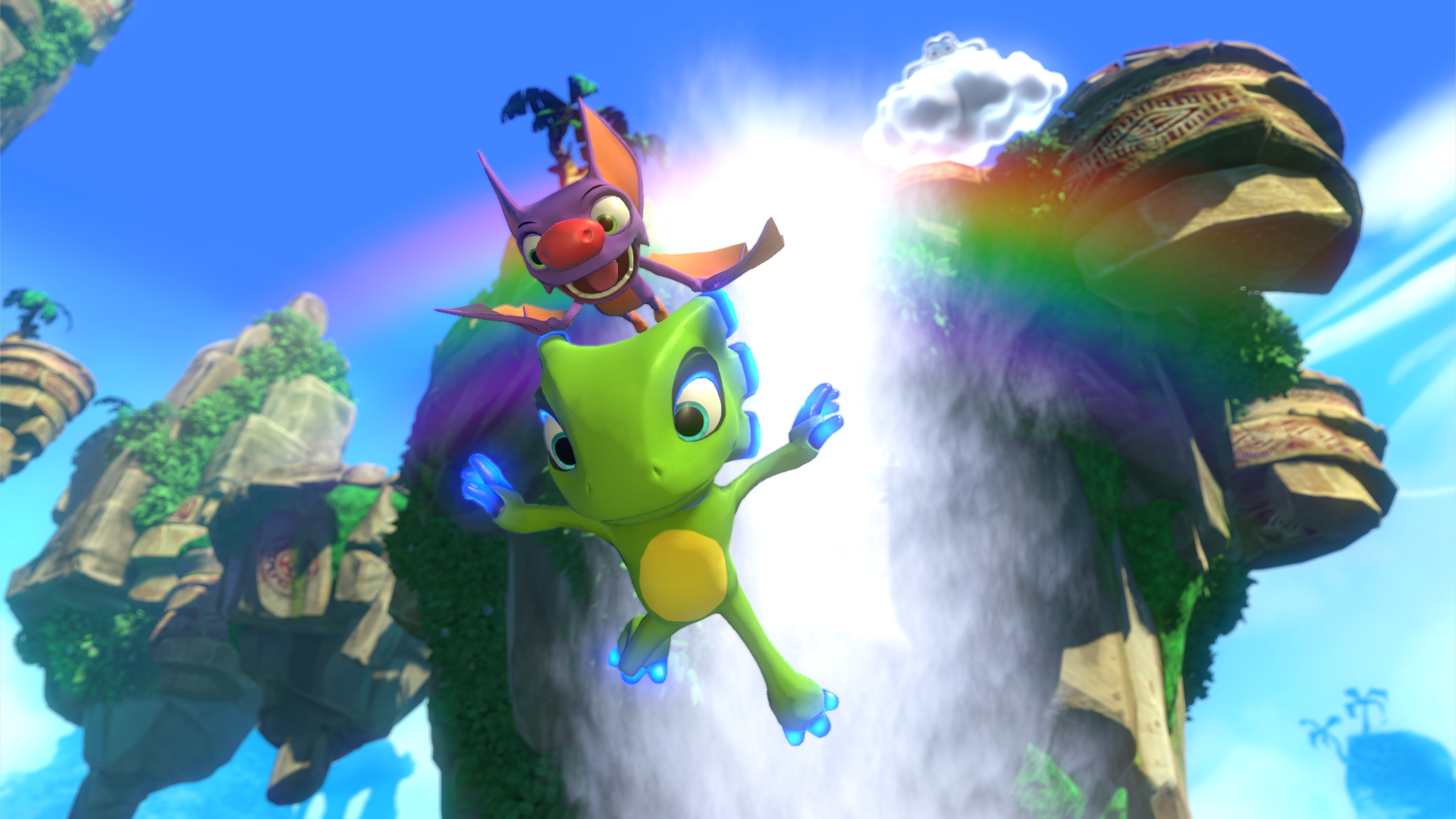 Yooka-Laylee: How to Find and Beat Rampo

How to adjust your Steam launch options to better run PlayerUnknown's Battlegrounds.

In -, the first boss you’ll face is in Tribalstack Tropics. Not only is this boss tricky to find, but he’s also tricky to beat if you don’t know the correct way to fight him.

To help give you an advantage in your fight against , we’ve put together a quick guide on where to find and how to successfully beat him.

On the ramp, you’ll find various hazards including flames and . Proceed to climb all the way up to the top of Rampo’s Castle and after crossing a wooden bridge, you’ll encounter The Great . He’s easy to spot and kind of reminds us of a one-eyed version of the air conditioner from The Brave Little toaster.

Once you’ve tracked down The Great in Tribalstack Tropics, you’ll need to defeat him. He may not be the hardest boss to defeat in -, but he certainly hides a few tricks behind his broken smile.

To successfully beat , you’ll need to last through three different stages. During these stages, you’ll need to do two things. One, make your way up a ramp while avoiding a series of rolling logs. Two, knocking out remaining teeth while also dodging the flames he spits out.

During the first stage of the boss fight in -, the logs will tumble down the ramp in a zig-zag pattern. Here, you can either dodge between them by rolling, or by remaining rooted in place and jumping over the logs while in a rolling position.

After reaching the top of the ramp, you’ll need to jump one final time to get over the raised platform. Next, get close to face and dodge the flames shooting out of his mouth by jumping over them with your double-jump. Finally, knock out his two remaining teeth using a melee attack.

Stage two of our battle against in - is similar to the first stage. You can continue to avoid the logs by either using your Reptile Roll or by staying in place and jumping the logs while in a rolling position.

After reaching the top, you’ll be tasked with the same mission as the first stage. Avoid the flames pouring out of mouth by double-jumping. Then, knock out exposed teeth using a melee attack.

Last but certainly not least, stage three of the duel against in - requires you to have solid timing. This is mainly because it’s easy to make a mistake and get clocked by a wayward log.

It’s important that you stay frozen in place, assume the rolling position, then continue to jump and move forward at the same time to avoid the logs. After reaching the top, you’ll do the exact same thing you did in the previous two stages.

Avoid the fire that spits out, then close in and smash out remaining teeth. At the end, you will have officially beat and will be awarded a for your troubles.

By following this guide, you should now know where to find in -Laylee and how to beat him.