Get a head start in your hunt for Quills. 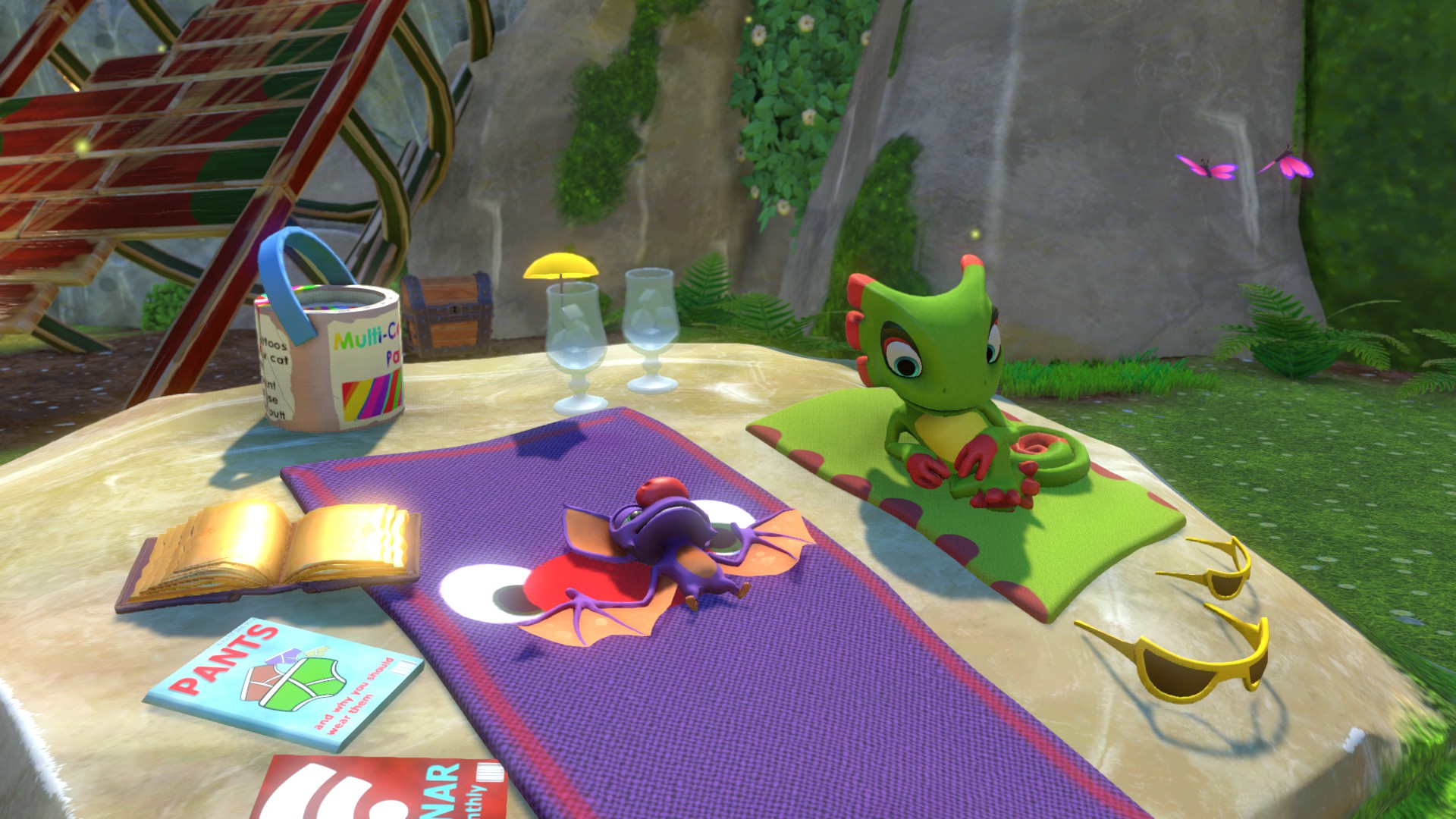 Tips to Beat Nimble the Cloud in Yooka-Laylee

Win the race against Nimble the Cloud using these surefire tips in Yooka-Laylee!

In Yooka-Laylee, you can begin collecting Pagies as soon as you reach Hivory Towers. To collect Pagies, you’ll need to know where to look, and which of Trowzer’s signature moves to use.

To help start you off down the proper Pagie path, we’ve put together a quick guide on all Pagie locations in the Hivory Towers section of Yooka-Laylee.

All Pagies in Shipwreck Creek

Before we dive into the Pagies in the Hivory Towers area of Yooka-Laylee, it’s important to head back to Shipwreck Creek as there are two Pagies that can be collected there.

There are 2 Pagies in Shipwreck Creek and 18 Pagies in Hivory Towers, making 20 collectible Pagies in total. The most important thing to remember when collecting Pagies in Yooka-Laylee is to have patience and learn as many moves from Trowzer as  you can. If you’re unable to collect a Pagie at one point in the game, mentally mark it then head back to collect it once you’ve learned the proper move.

Fortunately, you won’t have to write anything down because if you read through this guide, you should know know where all of the Pagies are located in Yooka-Laylee’s Hivory Towers!