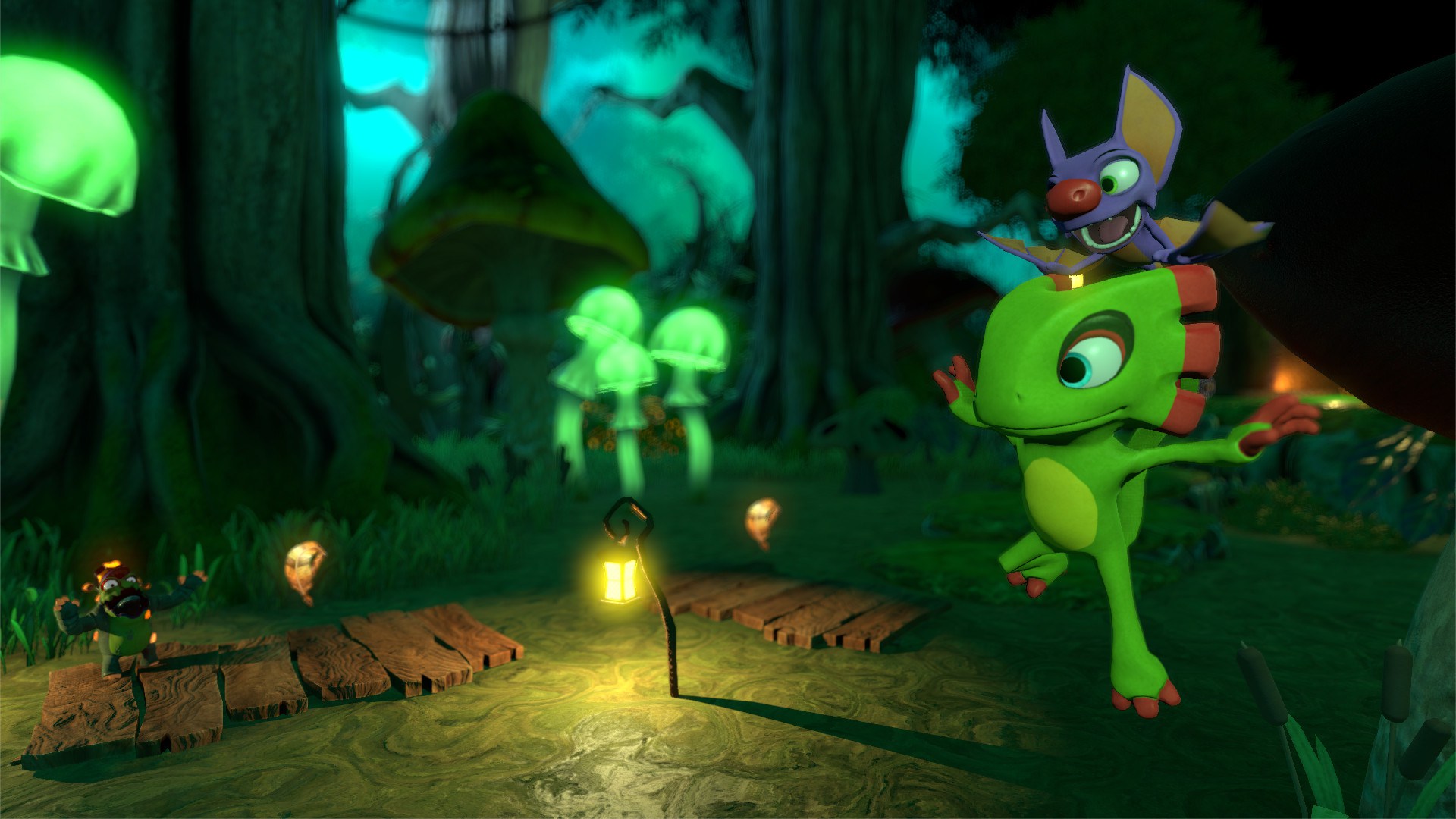 All Power Extender Locations in Yooka-Laylee

In -, Power Extenders boost the amount of overall stamina you have, thus helping you string together more abilities for a longer period of time.

It’s important to note, though, that a Power Extender won’t bump up the speed at which your stamina regenerates. If you’re looking for a quick boost in -, here are all the locations in which you can find a Power Extender.

The first Power Extender can be found after you Buddy Slam the the golden Capital B . To do this, head up to the top of the Capital B similar to when you collected your first in Towers.

Next, venture out onto the nose and Buddy Slam down on Capital B’s nose. This will snap it off to reveal a Power Extender.

In Tribalstack Tropics, you will need to expand the Grand Tome before you can track down the Power Extender. After the Grand Tome is expanded, venture over to the top of Tribalstack Monument towards the back near the Butterfly Booster.

There, head through a door in the back and scurry up to the top where you’ll find a cannon next to a sleeping statue. Use your Sonar Shot move on the statue to wake it up and activate a floating platform that will take you across a series of platforms.

At the end, you’ll find the Power Extender atop a stone archway.

Venture inside of the Crystalline Cave until you encounter a series of snowmen. Here, you’ll need to use your Slurp State move on a beehive near the snowman to make sticky. Once this is done, roll your way up the slippery ramp until you reach the top.

On your left, there’s a series of boxes you can destroy and a cannonball you can eat to weigh down. With the cannonball ingested, head back down the ramp past Mr. Blowy and stick to your left. In doing so, you’ll come across a ledge with the floating Power Extender.

In Marsh, the Power Extender can only be found after you’ve expanded the Grand Tome. Once the Grand Tome is expanded, venture off to the newly expanded area with floating logs. Go right past the building where you found Mr. Blowy until you come across a pumpkin and a pipe.

Go right past the building where you found Mr. Blowy until you come across a pumpkin and a pipe. Enter the pipe, then jump along the platforms over to another set of pipes by a tree.

Climb up a pipe to the tree, which will then allow you to climb the highest pipe and grab the Power Extender in Marsh.

In Capital , the Power Extender can be found atop a ball puzzle where and will need to navigate a ball through a maze using a button.

When trying to collect the Power Extender in Galleon Galaxy, it’s important to remember to exercise caution, as this can be the trickiest Power Extender spot in -. To get the last Power Extender, head inside Cosmic Cavern which is located right behind the lighthouse.

In order to get past the lasers in one piece, use your Sonar Shield move. Then, disable the lasers with a button and head back to the spinning turbine. There, you’ll find the Power Extender on the turbine’s axle.

Whether you’re a completionist or simply looking for a little extra boost, Power Extenders can often come in handy while playing -. Now that you’ve read this guide, you should know where every Power Extender is located in -!