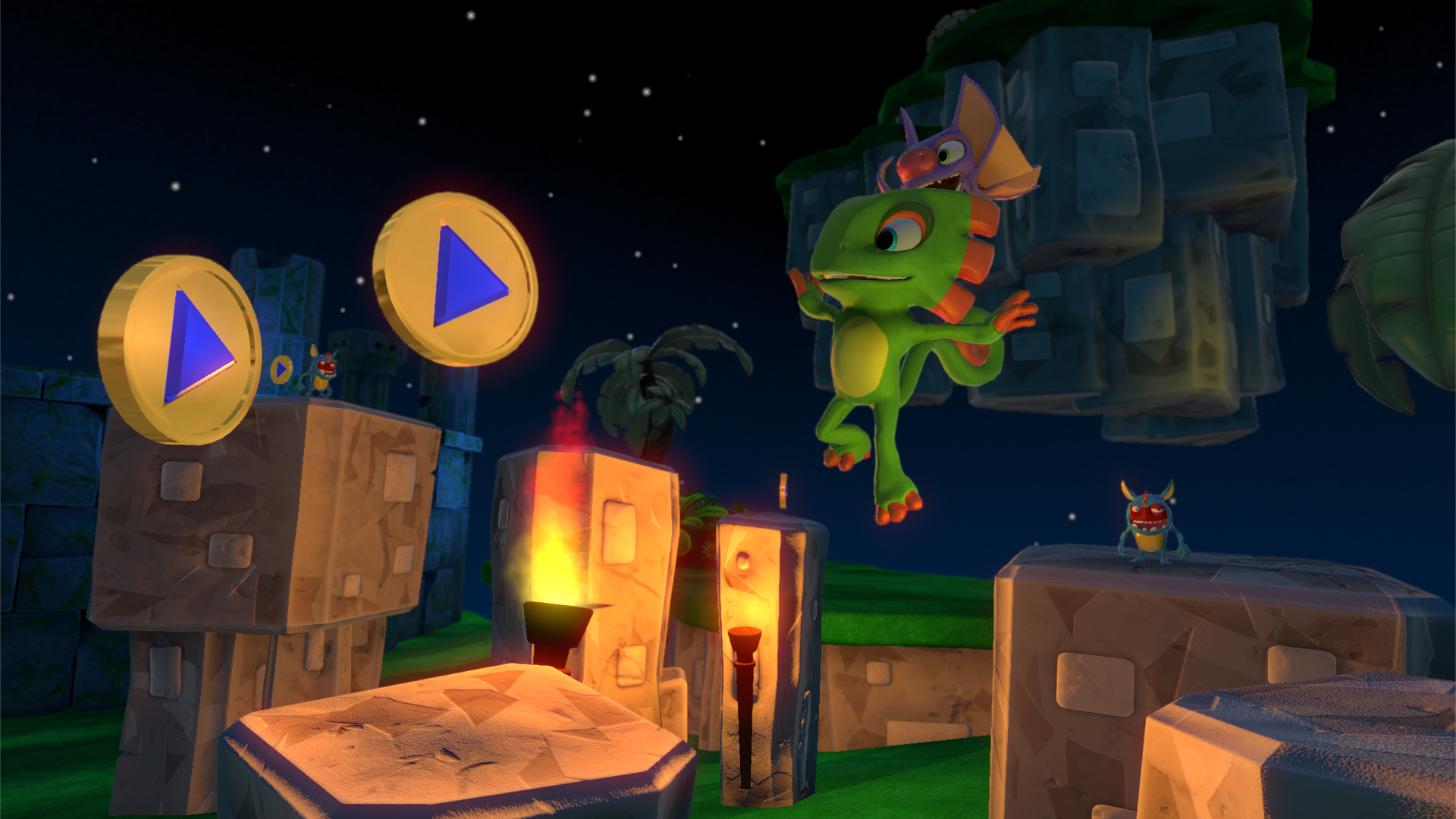 Yooka-Laylee: How to Free the Pagie in Hivory Towers

Learn the steps you need to take in Yooka-Laylee to retrieve the Pagie trapped in Hivory Towers.

Knowing the locations of all Play Coin in Yooka-Laylee is important if you want to play arcade games. In each world, can be found along with a Play Coin, each offering access to a different type of game. In addition to being fun little blips from the past, these arcade games can also help you collect .

To help, we’ve put together a quick guide containing all Play Coin locations in Yooka-Laylee!

In the first world, Tribalstack Tropics, the Play Coin is located directly below and his first arcade game, Karting. To collect the Play Coin, head over the side down to an open tunnel. Once you’re down there, look behind you. There, you’ll find a small cave entrance and inside the cave, the first Play Coin.

The next Play Coin in Yooka-Laylee can be found inside the Palace. To reach the area where the Play Coin is located, you first need to progress through a vast majority of the Palace until you stumble upon .

Before you stop and say hi, head over to the back room and break some boxes to reveal a hidden door. Behind this door is a room with several Play Coins, of which only one is the correct Play Coin.

The genuine Play Coin can be collected on the far right side in the middle of four other fake Play Coins.

The third Play Coin in Yooka-Laylee can be collected by swimming through the second underwater tunnel in Marsh. Once you’ve exited the tunnel, head over and find the Lizard Lash tether on a box, which you can use to pull the crate down.

In the Capital stage of Yooka-Laylee, the Play Coin is located off to your right once you’ve walked inside. After heading right, follow the path until you stumble across . Nearby is a slot machine.

Here, you’ll need to use Buddy Slam on the three buttons to line up the images of Yooka and Laylee and earn the Play Coin. Be warned, though, the machine spins up with every button you slam down!

Last but not least, the Play Coin in the Galleon Galaxy level of Yooka-Laylee can be gathered atop one of the map’s highest points. If you’re having trouble, this peak is on the island where is hanging out by his arcade machine.

Note that this Play Coin can only be collected once you’ve expanded the Grand Tome.

After this is done, head to Galleon Galaxy and navigate over to the left area beside the pink moon. Here, you’ll find a skull and crossbones island. After running past , head through the island and up to the highest area to collect the final Play Coin. With the Play Coin pocketed, it's worth taking a moment to check out the balloon house that reminds us of Pixar's Up!

While there aren’t many Play Coins to collect in comparison to other items in Yooka-Laylee, they are a worthy little collectible when it comes to gathering and playing games. As such, you’ll want to collect each and across Yooka-Laylee’s five worlds.

By reading this guide, you should now be able to find all of five Play Coin locations in Yooka-Laylee.