Steam is showing HTC Vive some love with a VR Anniversary sale. 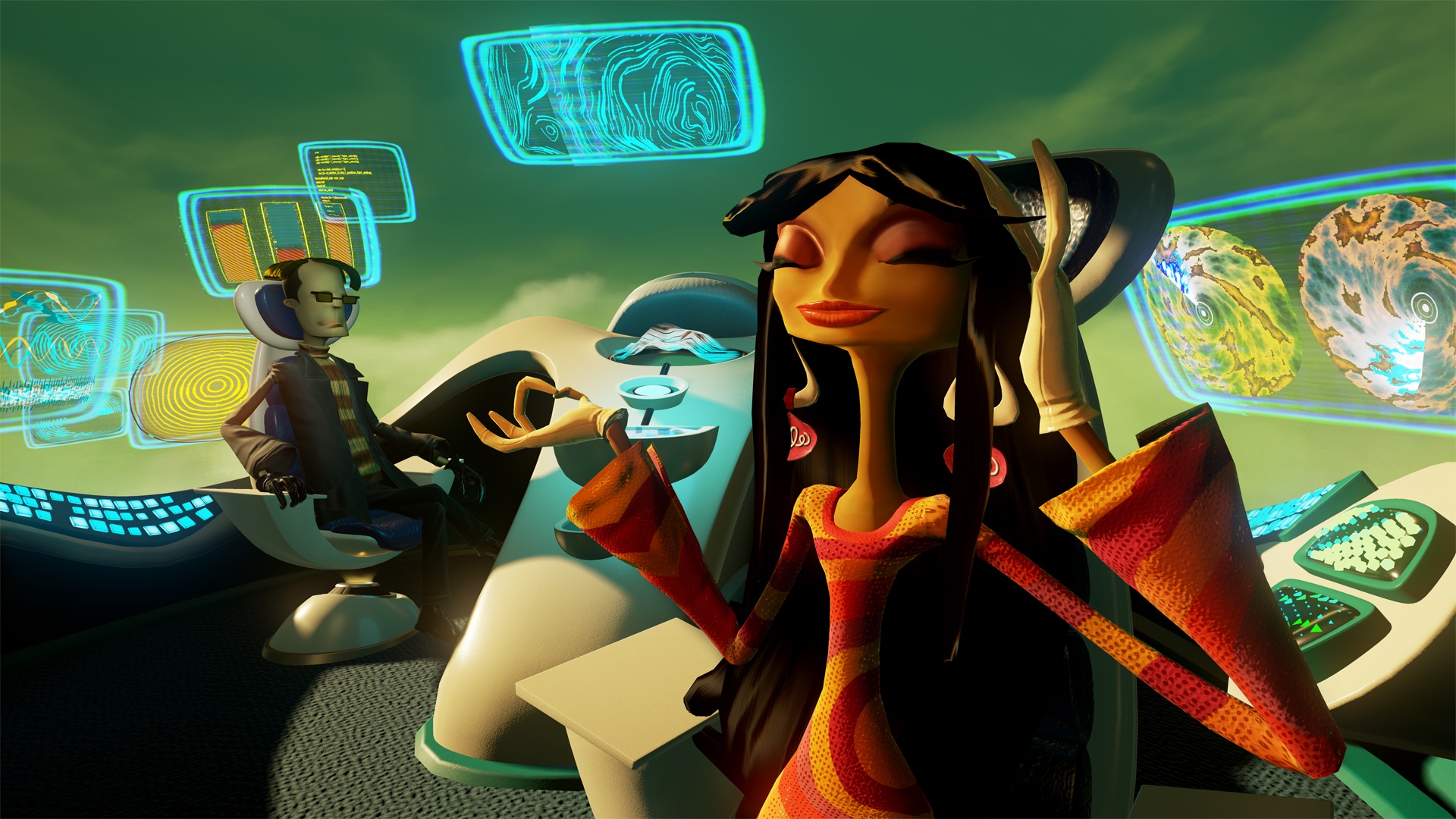 A look at some of the awesome new content available in Overwatch.

Amnesia Fortnight is a Double Fine game jam in which Double Fine splits up their development team and gives them 2 weeks to work on whatever style of game they want. Tim Schafer of Double Fine credits this idea to Hong Kong film director Wong Kar-Wai.

While Wong Kar-Wai was filming Ashes of Time, he’d allowed some of his actors and film crew to go nuts and make quick short fun films. These were later turned into fully fleshed out productions and some of Wong's most popular works, such as Chungking Express and Fallen Angels.

While we waited as users voted for their favorite concepts coming out of Amnesia Fortnight, we were treated to a few Amnesia Fortnight prototypes that never saw the light of day. Particularly, we were interested in Tim Schafer’s reveal of an unreleased mobile version prequel to the game Psychonauts.

This is just one of the many cool things highlighted during the stream, so be sure to check it out as it features some amazing concepts, like Double Fine’s idea for a Star Fox game. You can note the Psychonauts discussion at the 38:21 mark.

Psychonauts is a platformer released back in and has made a massive resurgence in recent years with Double Fine’s Tim Schafer taking to Fig to fund the upcoming Psychonauts 2.

The story of Psychonauts follows the character Raz, a young boy gifted with psychic abilities who runs away from the circus. Raz tries to sneak into a summer camp filled with kids gifted with special psychic powers; these children are trained to be future Psychonauts.

A Psychonaut is a spy with psychic abilities, some of the abilities include levitation, explosive mind blasts, invisibility, and force fields. Raz soon finds out there’s a sinister plot that’s undermining the Psychonauts in the camp, leaving all of the kids in the camp brainless.

To stop this evil brain-stealing foe, Raz must become a “Psycadet” and enter the of various characters at the summer camp. In doing so, Raz will try to help overcome their fears and memories of their past in order to gain their trust and progress further.

The game goes between the main hub world of the campgrounds into the unique and crazy world of a character’s mind. The moments when you get to explore the deep emotional scar tissue in each character’s brain is a fascinating experience. Each of these different mental worlds impressive and grandiose in design. One minute you’re fighting on a giant floating space cube, and the next you might be a miniature of a tabletop game.

The game oozes with humor and visual gags, the likes of which The Simpsons would be proud.The quality of the writing is also top notch, and if you haven’t played the original, we recommend heading over to Steam to pick up a copy.

The mobile prototype of the Psychonauts prequel has you building the Whispering Rock Psychic Summer Camp, which is the main hub world of Psychonauts.

There, you get a quest as soon as you arrive at the untamed campgrounds, and in standard mobile flair, you tap where you want to move and what quests you’d like to take on. The game has feels partially inspired by Tiny Towers, which is currently available on iOS and Android.

Overall, the unreleased mobile prequel is filled with jokes and humor of the original Psychonauts. Unfortunately, the mechanics didn’t exactly pan out as everyone’s cup of tea. After all, you wouldn’t want to spend too much time sitting around waiting for something to happen, only to be forced to pay via microtransaction to speed things up.

To be fair, though, this was the free-to-play mentality for mobile games back in 2011, so it makes sense that Double Fine would keep this in mind during development.

According to Tim Schafer, he wound up writing at least 50 quests for the prototype during a 2-week span. Even though the mobile game wound up being quietly shuffled away, we’re excited to see some of the old characters and clever writing return in Psychonauts 2.

Would you play this mobile Psychonauts game if it were available today? Are you getting Psychonauts 2? Let us know in the comments below!