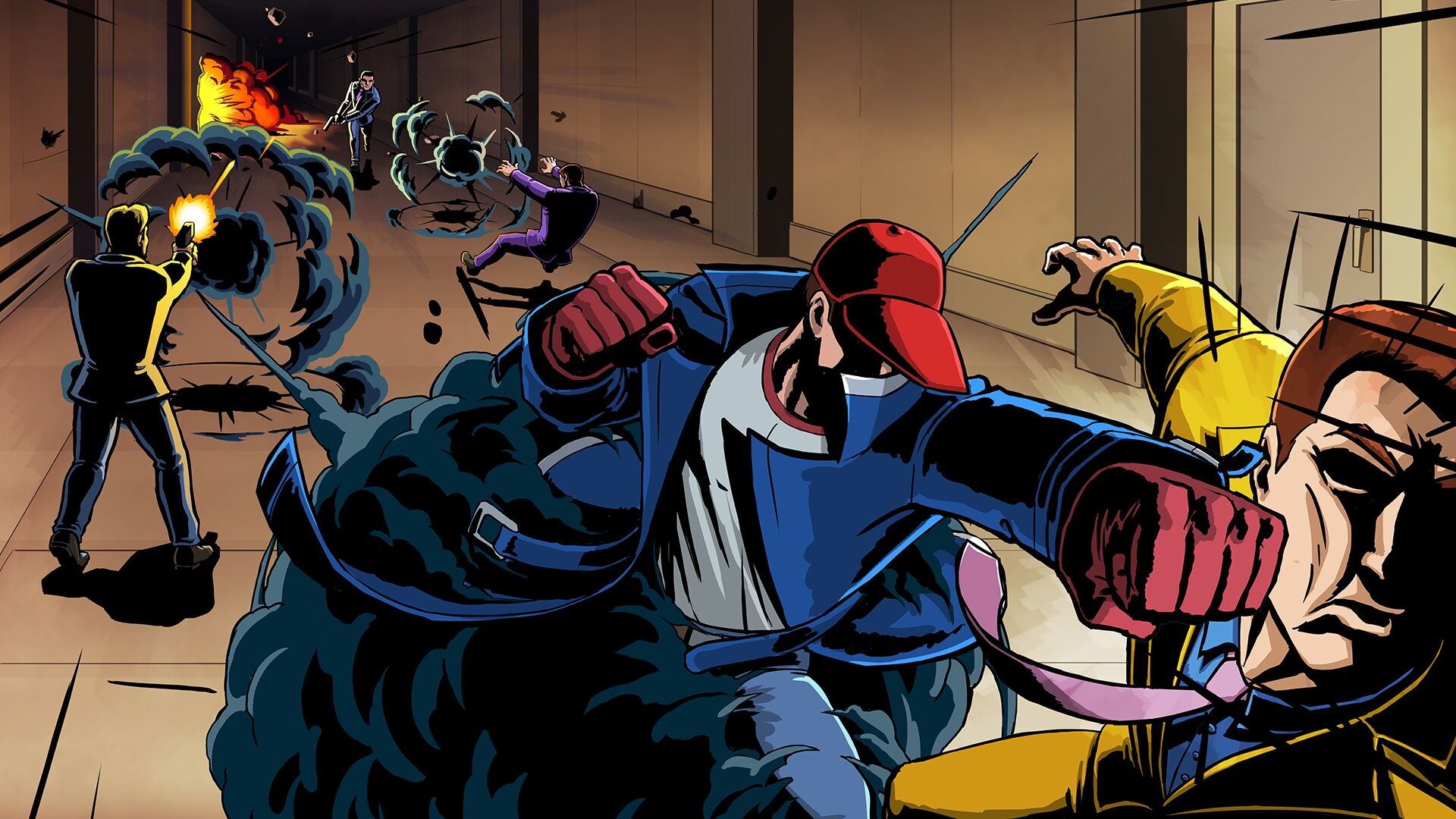 Mr. Shifty is set to release on Thursday, April 13th for PC, Mac, Linux, and Nintendo Switch. To be honest, I can't wait! Why am I excited for this fast-paced action game? Well, aside from it reminding me of the Hotline Miami series (which I cherish) Mr. Shifty is full of incredibly cool teleportation mechanics and thumping music.

Mr. Shifty is a master kung fu artist but also has the ability to shift through walls, bullets, people, and use some swift takedown maneuvers to deal with anything that gets in his way. Think 90s Hong Kong action mixed with Nightcrawler from the X-Men. The premise of the game is a grand heist set across 18 different stages and 140 levels.

To reach the end, you’ll need to teleport and brawl your way unrelenting enemies via the use of quick wits and even quicker reflexes. Besides the whole shifting mechanic, you have other unique skills at your disposal like being in two spots at the same time and one-shot killing your opponents.

But don’t get cocky kid, as your enemies can still overwhelm you by cornering you in death traps sprinkled throughout the game. Once that happens it’ll be game over man. Game over. To avoid this, you’re able to mix up the gameplay by equipping objects such as broomsticks, 2x4s, swords, explosives that can clamp onto enemies, and even tridents. Yes, you can totally be as badass as Jason Momoa’s Aquaman.

Team Shifty, an Australian indie developer working with tinyBuild, have pulled out all the stops when developing the intense action for Mr. Shifty, and the more I watch the trailer, the more I think this game can be summed up in one word… awesome.

According to tinyBuild, the devs at Team Shifty have worked on games like Fruit Ninja in the past, and it definitely shows in Mr. Shifty’s frantic gameplay. To back it all up, the cell shading of the models look impressive, and the mechanics seem to be extremely solid.

Mr. Shifty leaves me excited, especially considering it’s not only being released for PC, but for the Nintendo Switch as well. Team Shifty’s focus on Joy-Con’s HD rumble makes me want this game for the Switch first, though. Additionally, Team Shifty is working on a release for Xbox One and PS4, but no dates have been announced yet.

Overall, I'm looking forward to getting  when Mr. Shifty comes out on April 13th. How about you?

To learn more about the game, be sure to head over to Mr. Shifty’s official website.

For more indie game previews here at IndieObscura, be sure to recap our initial look at Klei's Oxygen Not Included, find out how you can become John Wick in this indie VR game, and catch up on everything you need to know about Pyre.