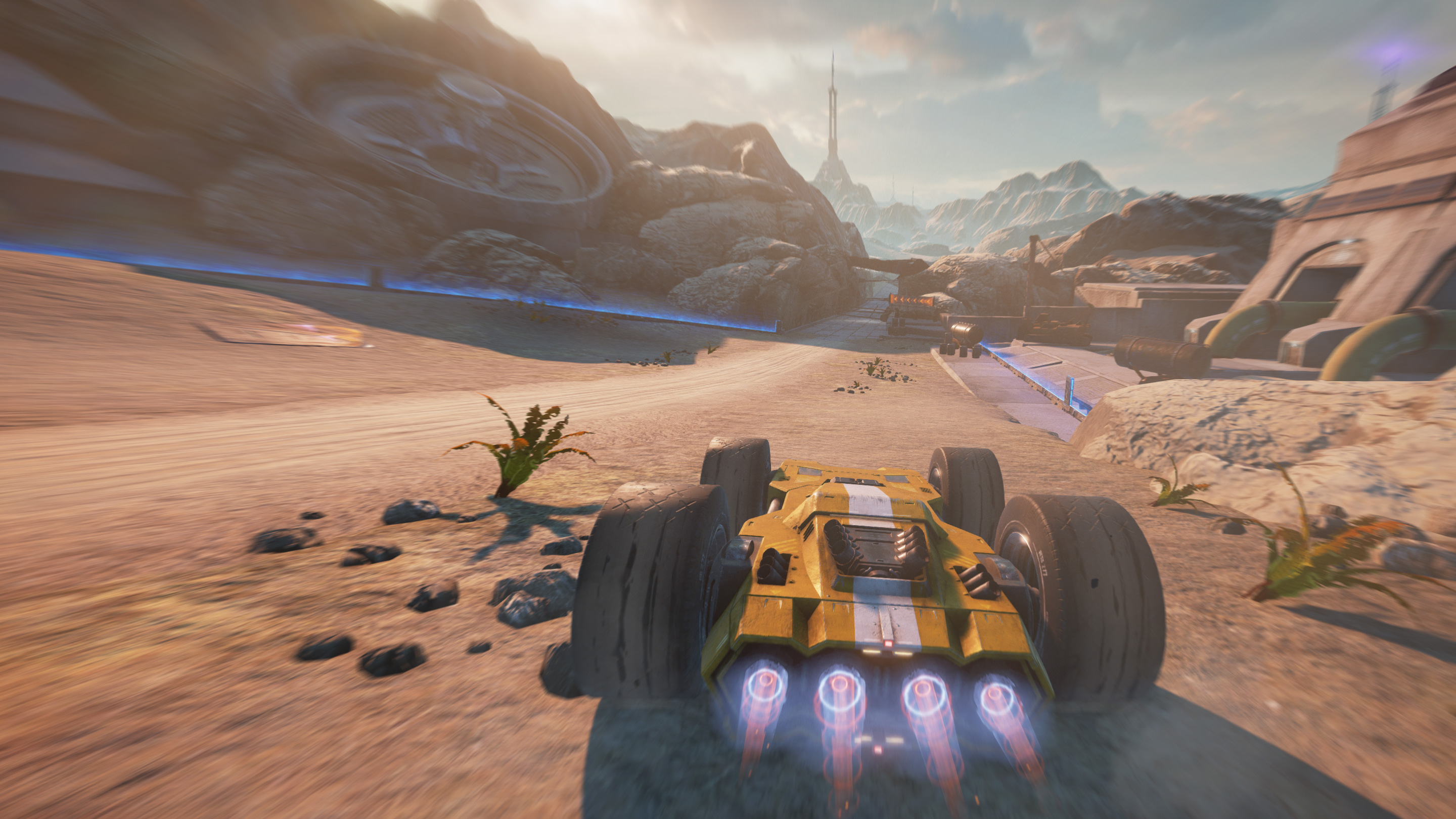 Get a GRIP With This Combat Racer

Caged Element Incorporated is a Toronto-based studio working hard on a futuristic combat racer that’s been inspired by the Rollcage games circa 1999-2000 for the Playstation and PC platforms. Fans of Rollcage (1999) might already know of the game's destructible scenery and the enormous tires on wedge-shaped vehicles that allowed them to be flipped upside down for off-the-wall mayhem.

Rollcage Stage II followed in the year 2000, but the series went into obscurity when nothing new was produced by the defunct developer Attention to Detail. Chris Mallinson, co-founder of Caged Element and brainchild behind GRIP, couldn’t shake being unable to play another Rollcage game in his lifetime. After scouring the internet for signs of Rollcage 3, he discovered Rollcage Redux on the official Rollcage Steam group.

It was there that Chris learned Rollcage Redux was a project by former Attention to Detail programmer Robert Baker. Reportedly, Baker found himself unable to let go of Rollcage, and when fans reached out to him asking for some bug fixes for the Windows version of the title, he offered up the aforementioned Rollcage Redux.

After discovering Rollcage Redux, Chris sent Robert a message seeing if Robert would be interested in developing a Rollcage-style game with him. Chris, without any video game design background, figured it would be a long shot. However, Robert took him up on the offer and in 2015 the two started working on their dream game.

The Caged Element team later expanded to three when they brought on David Perryman who was the designer and producer for both Rollcage and Rollcage Stage II. Robert and David had been friends for a long time, and it was a natural fit when Robert introduced David to Chris. Meanwhile, David felt impressed by the project the two had been collaborating on, and couldn’t help but join in.

GRIP is a spiritual successor to the Rollcage series, with a few changes added to revamp the title. Speed and control will stay the same from the Rollcage games, but with GRIP, there’s a chance to do more thanks to modern tech. This includes power sliding, which wasn’t something Rollcage could provide when it was released back in 1999.

GRIP is a game that excels at giving players full control. This is thanks, in part, to the Caged Element's determination to perfect maneuvering and handling at high speeds. Things like manual gear changes are in GRIP as are lightning speeds and astounding destructibility, making the game a firm contender in today's racing game marketplace.

A new update to GRIP was recently released which introduced a multiplayer component to the game. The only caveat is that players may have difficulty finding opponents who match all their settings. Caged Element recommends players search all modes in order to find the most matchups.

GRIP is available right now on Steam for $12.79 thanks to a 20% discount available from now until April 11th. It currently supports 6 vehicles with job, rim, and tire customization options as well as 6 different game modes; classic race, ultimate race, elimination, time trail, arena deathmatch, and .

GRIP also has 8 race tracks with 3 arenas and 15 courses. more content and cars to come as the game is currently still in Early Access. Additionally, a PS4 version is on the way and should be available sometime in June to compete with the likes of the WipEout Omega Collection set to release on June 7th.

To learn more about Grip, be sure to check out the official Caged Element website.