The Battle Between YouTube Creators and the WSJ Continues

Being a successful YouTube creator keeps getting harder every day 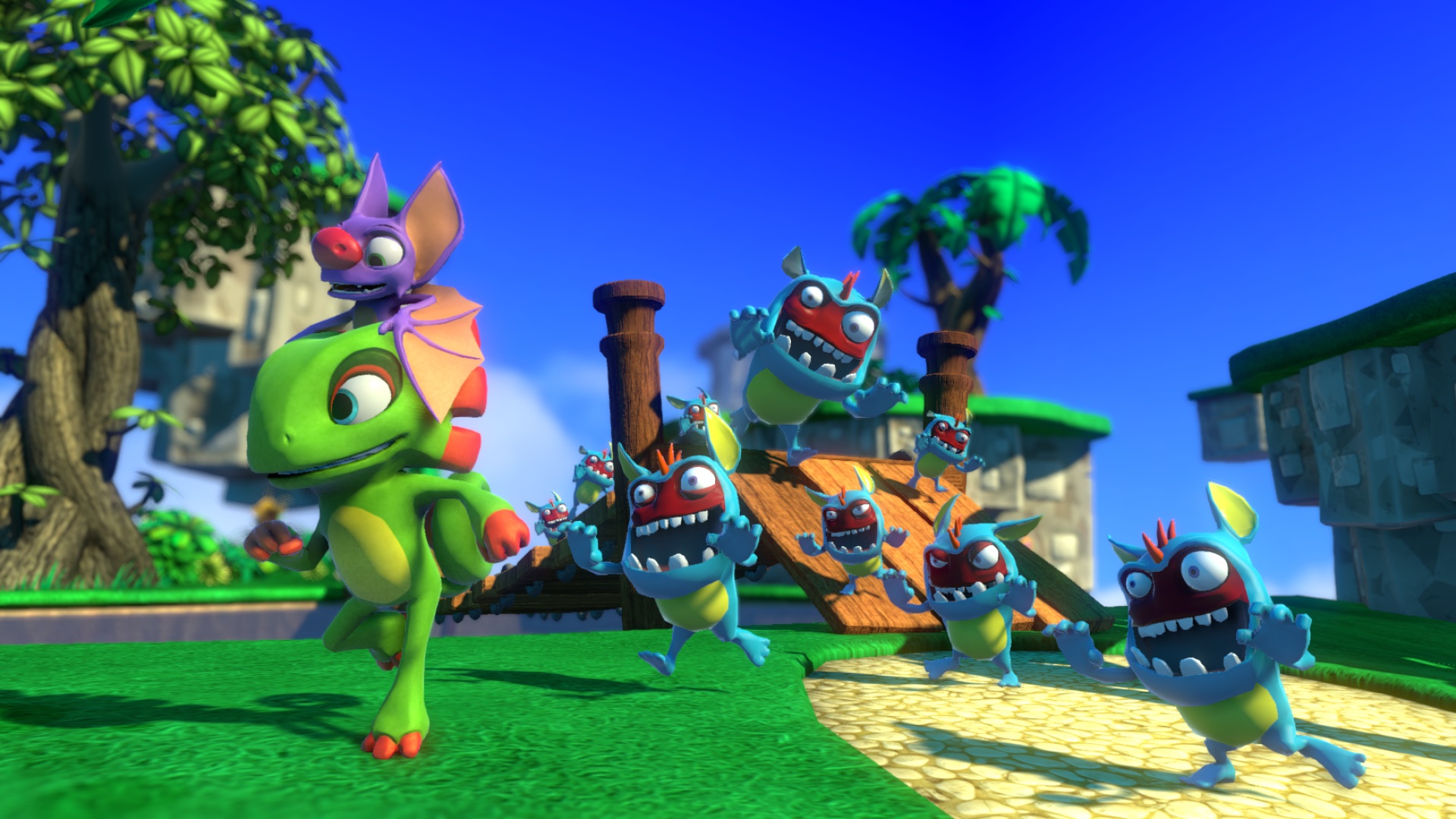 Where to Find Pale Ore in Hollow Knight

This month is arguably one of the best months for indie game fans, as several highly anticipated titles are slated to release before April comes to a close. While we’ve seen other notable indies release over the last three months (as well as the Nintendo Switch), we couldn’t help but feel a bit surprised at just how many games have April release dates.

It’s definitely going to be a lot of fun, even if it is a bit time-consuming! To help narrow down the list, we’re sharing our picks for the top indie game releases for April 2017.

Yooka-Laylee widely heralded as the biggest indie game release in April. This is due, in part, to the talented cast of developers at , many of whom are former members of Rare. If anyone can bring the era of 90s platformers back, it’s guys like Grant Kirkhope, Chris Sutherland, Steve Mayles, and Gavin Price, among others. The game boasts vivid colors, memorable characters, and solid platforming mechanics.

At the moment, the game is currently still under embargo. As such, we can only tell you is that yes, this game is well worth picking up when it releases on PC, Mac, Linux, PS4, and Xbox One on April 11th. For all of you Nintendo Switch fans out there,  will also be releasing Yooka-Laylee on the Nintendo Switch. However, no exact release date has been revealed yet.

Aaero is a stylized rail-shooter that feels like a mix between Thumper, Rez Infinite, Audiosurf, and F-Zero. Created by the two-man studio Mad Fellows, gives players the ability to guide a spaceship through dazzling worlds all set to music courtesy of artists like Flux Pavilion and Mr. Fijiwiji.

The game appears to center around gameplay and mechanics rather than . However, like Thumper, there are various different bosses you can encounter and defeat in . While we don’t have much to go on aside from trailers and the game’s successful Kickstarter, we can’t help but be eager to give a try when it’s released on April 11th for PC, PS4, and Xbox One!

The original Outlast by Red Barrels made waves in the horror community thanks to its terrifying and gruesome gameplay. The game’s sequel, Outlast 2, looks to up the ante on all fronts while also tapping into more of a psychological experience. Last year, we were able to try out the demo for Outlast 2 and found it to be not only but a much smoother experience than its predecessor.

The game follows the misadventures of journalist Blake Langermann and his wife Lynn, who venture to the Arizona desert to investigate the murder of a pregnant woman. Unfortunately, they’re separated when their helicopter crashes, stranding Blake in the middle of nowhere searching for his wife. If you’re a fan of horror and are alright with never sleeping again, Outlast 2 is definitely the game for you. The game is scheduled to release on April 25th for PC, Mac, PS4, and Xbox One.

We played this indie at PAX East 2017 and found it to be really engrossing and detailed. Brought to live by developer Giant Sparrow, What Remains of Edith Finch follows a family in Washington state who are met with an array of strange occurrences. Players will take on the role of protagonist Edith as she wanders through her family’s home in search of an answer to the chilling question—why is she the only one left alive?

The game expertly divides each family member’s story across various different timelines. With no strict linear progression, players can explore at their own pace. What Remains of Edith Finch is everything a good explorative mystery title should be. It sort of reminds us of The Vanishing of Ethan Carter, which we absolutely love. If you’re looking to get swept away in a fascinating narrative, definitely give What Remains of Edith Finch a try when it releases on PC, Mac, and PS4 on April 25th.

Little Nightmares by Tarsier Studios boast a unique art style that feels as though it was pulled straight out of a Tim Burton film. The game is a combination of puzzle platforming and horror. In Little Nightmares, you play as a nine-year-old girl named Six who’s kidnapped and taken to work in The Maw.

Here, she’ll wander through a bizarre underwater resort that caters to host of strange creatures. The only hope for Six is to journey through The Maw in search of an escape. The plot of Little Nightmares feels akin to one of our favorite Studio Ghibli films, Spirited Away.

However, Spirited Away is tame in comparison to the frights that await you in Little Nightmares. If you’re looking for a one-of-a-kind indie experience, be sure to grab Little Nightmares on April 28th for PC, PS4, and Xbox One.

For more indie game suggestions here at IndieObscura, learn why Battle Chasers: Nightwar is a must-have for JRPG fans, find out why we think Snake Pass is a certified charmer, and browse through our list of awesome indie games you can play on mobile.