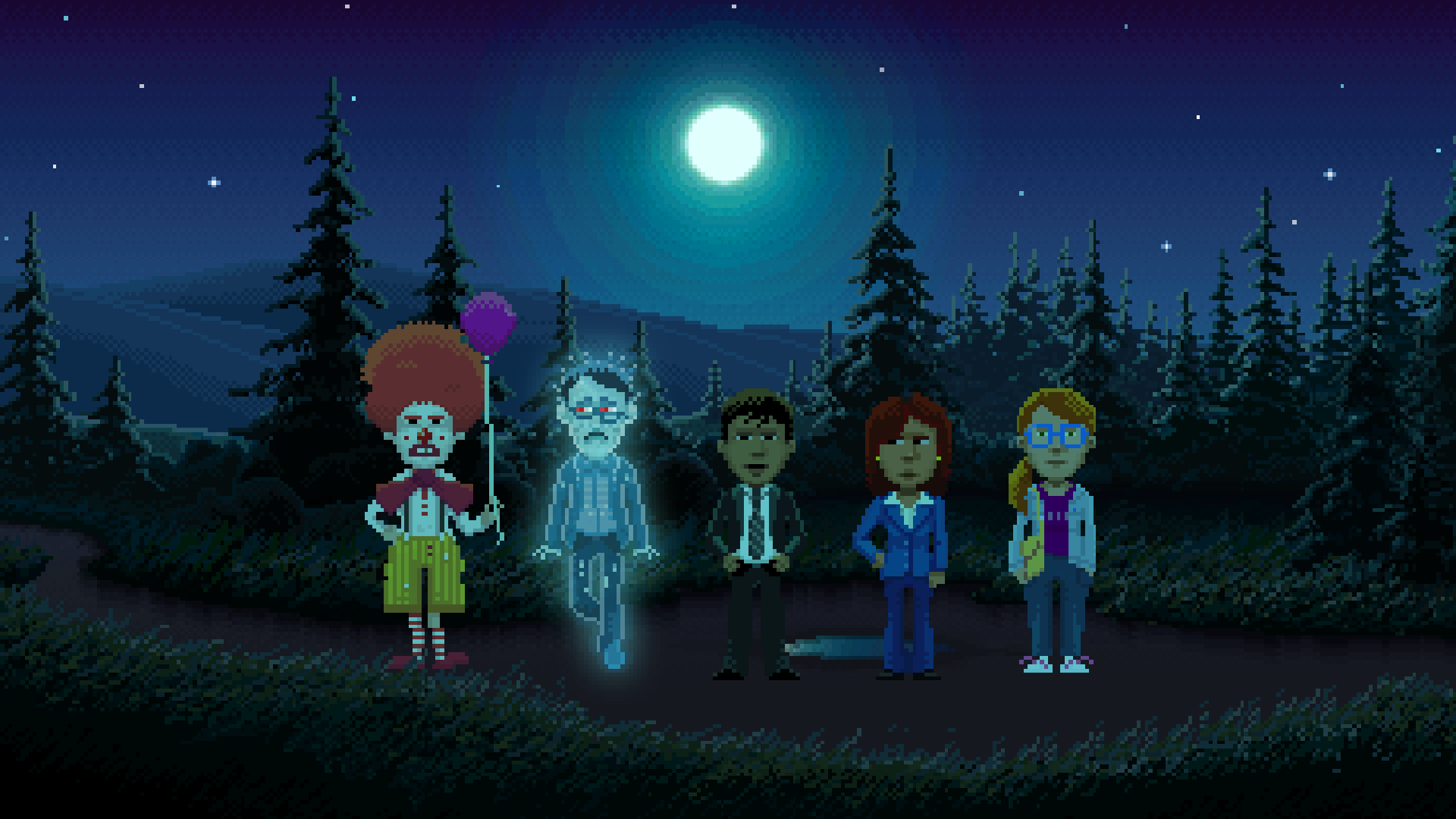 Thimbleweed Park officially released yesterday, and I’ll admit, I was curious to see how the game would fair. After all, it was developed by some of the LucasArts experts behind one of my all-time favorites, Secret of Monkey Island.

Thanks to a heaping dose of love from the dynamic trio of Ron Gilbert, Gary Winnick, and David Fox, Thimbleweed Park already feels like an instant classic. Like any good point-and-click adventure, there’s no shortage of things to interact with and confounding puzzles to solve.

And despite the sheer difficulty behind some of the game’s trickier puzzles (which had me smacking my mouse around in frustration every now and then), I found Thimbleweed Park to be a highly enjoyable game.

One thing I love about point-and-click titles, especially those created by the LucasArts alumni, is how story-oriented they are. It’s like cracking open a book with stunning illustrations and having the ability to play an active role in how everything unfolds.

Similar to Monkey Island, Thimbleweed Park features a cast of interesting characters. While there’s no Guybrush Threepwood, there is an oddball clown named Ransome who looks a bit like Pennywise from Stephen King’s It. Well, the Tim Curry version, not the new version.

And the two FBI agents? They really remind me of Scully and Mulder from The X-Files. It’s hard to tell whether or not these little callbacks were intentional or not, as Thimbleweed Park isn’t shy about breaking the fourth wall, and is full to the brim with Easter Eggs and references.

However, this is another thing I found myself liking about Thimbleweed Park. The fact that exploring the game’s ghost town gave me flashbacks of Twin Peaks, for instance, or the "Aha!" moment behind noticing the man dressed up as Riker from Star Trek: The Next Generation.

Even when removing nostalgia from the mix, Thimbleweed Park is surprisingly expansive despite kowtowing to traditional adventure game mechanics at times.

I’d honestly recommend the game to anyone, but I can’t help but feel as though it’s best suited for those who grew up playing point-and-click adventures courtesy of LucasArts and Sierra Studios. Mainly because these are the gamers who will appreciate Thimbleweed Park the most.

However, even if you're new to the genre, you'll have no trouble enjoying the game’s fantastic story, puzzles that are punishing but not impossibly so, and in general, how nothing is held back.

Thimbleweed Park is a game that swoops in and transports you straight back to playing The Secret of Monkey Island on the Macintosh Classic. While the game may not be perfect, it’s a welcome return to a beloved genre that, similar to retro platformers, is being given a new lease on life.

Overall, I can’t help but smile knowing that some of the biggest names of the 90s have officially returned as modern age indie developers. Here’s to hoping we see more point-and-click adventures like Thimbleweed Park released in the near future!

Thimbleweed Park is currently available on a wide variety of platforms including Steam, Linux, Mac, and Xbox One. While there’s no Nintendo Switch or PS4 version just yet, Gilbert has previously mentioned that he’d be interested in exploring these options in the future.