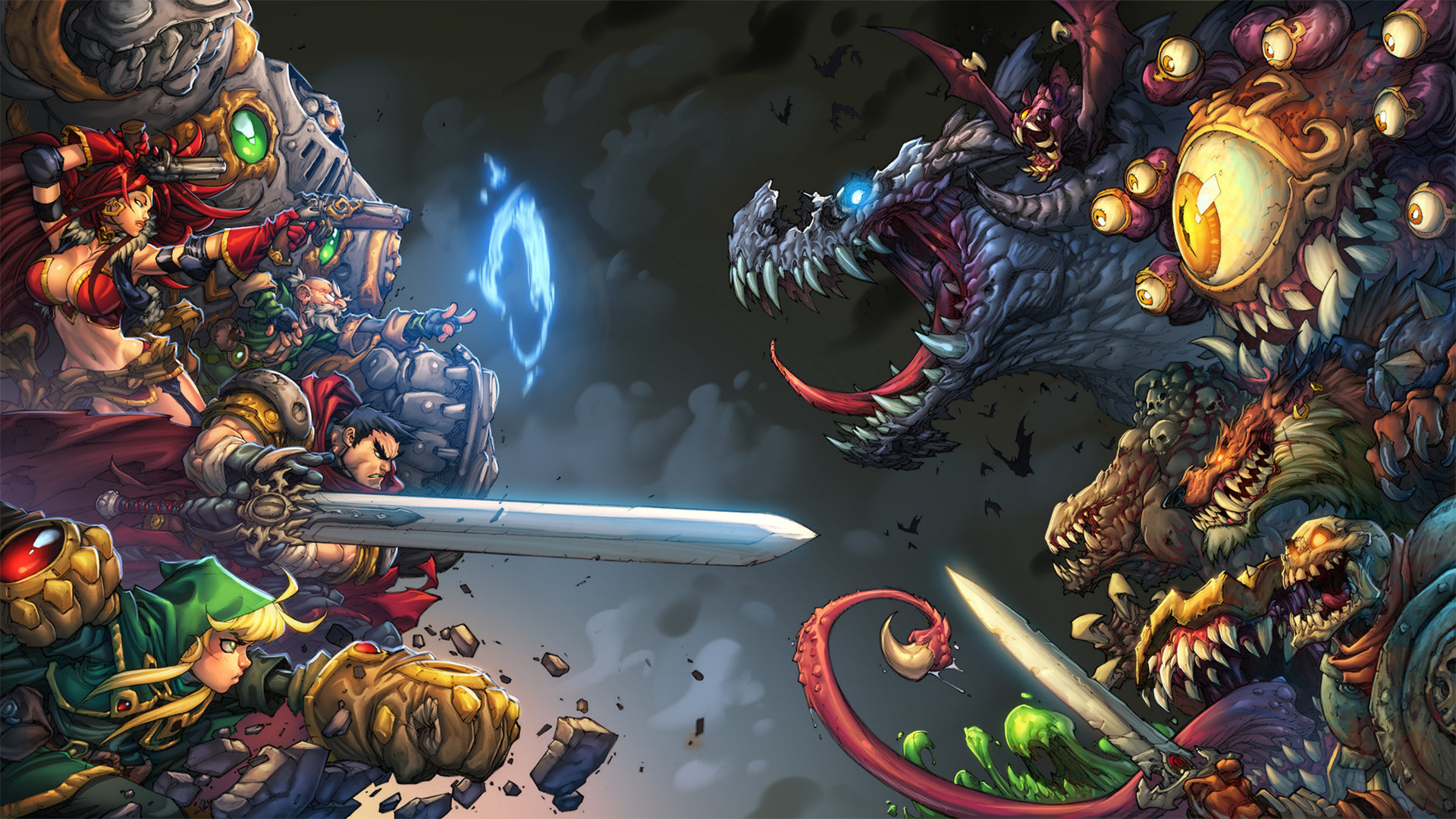 PAX East 2017 was full of indie titles we wish we could get our hands on immediately, one of which being Battle Chasers: . Developed by Airship Syndicate and published by THQ Nordic, this indie harkens back to classic JRPGs titles such as Lunar 2: Eternal Blue and Final Fantasy IV, among others.

Battle Chasers: already has a steady following behind it, as the game initially came to fruition after a successful Kickstarter campaign back in 2015.

What many gamers will instantly like about Battle Chasers: is the game's assortment of modern RPG elements mixed in with its traditional turn-based style. After loading the game, you’ll find yourself diving into foreboding dungeons and pushing forward through a rich storyline based the game's intriguing source material.

While Battle Chasers: is new to the gaming scene, it's actually a title that can be traced all the way back to a comic book series published during the late 90s. If you're a fan of the original Battle Chasers comics, you'll undoubtedly be happy to hear that creator Joe Madureira is Airship Syndicate's co-founder. Meaning that Battle Chasers: couldn't be in better hands.

If you're looking to pick up Battle Chasers: and want to learn more about game's unique cast of characters beforehand, you should definitely check out the Battle Chasers Edition, as it's a great way to catch up on all of Madureira's previously released comics.

To sum up the story thus far, our heroes include Garrison, a legendary swordsman who's reminiscent of Gutts from Berserk; Gully, a nine-year-old girl searching for her father; and Calibretto, a war golem with a gentle personality. You'll discover other characters while marooned on Crescent Isle, all with their own unique background and quirks.

Aside from getting to know the game's protagonists, you'll also get a nice feel for the desolate town of Harm’s Way. There, you can prepare your team for the arduous battles that wait for them in vast, mysterious dungeons.

The look and feel of the Battle Chasers: feels akin to games like Darkest Dungeon and Torchlight, as both feature a similar mission prep style.

Battle Chasers: lets you explore the world in real time, with a map filled to the brim with randomly-generated dungeons which hide secrets, traps, and puzzles. Plus, the game adds an interesting new spin to its roguelike dungeon crawling element.

Before you enter a dungeon, you’ll be told what star-rated difficulty it has before being asked whether or not you’d like to switch over to an easier difficulty setting. This means that not only will you be treated to a new experience each time, but you'll also be able to explore at your own comfort level.

There's a lot of old-school combat at play in , all of which feels reminiscent of classic SNES-era JRPG titles. Essentially, you'll need to utilize each hero’s unique set of skills in order to survive.

As you immerse yourself in Battle Chasers: , you’re treated to a non-linear story that’s driven by the discovery of lore found on landmarks, items, and secrets hidden throughout the world.

Another highlight in Battle Chasers: is its story, which is told in animated features using a unique 2D-inspired art aesthetic. These eye-catching elements come courtesy of Powerhouse Animation Studios, the same studio that brought you the cutscenes in Darksiders.

On a side note, Darksiders fans will also be excited to hear that four Darksiders veterans are lending their skills to industrious indie studio, Airship Syndicate.

Battle Chasers: is scheduled to release mid-2017 on Steam, PS4, and Xbox One. To learn more about Battle Chasers: , be sure to visit the game's official website.

Additionally, you should subscribe to Airship Syndicates' YouTube channel if you're looking to stay up-to-date on the game as it inches closer and to release.