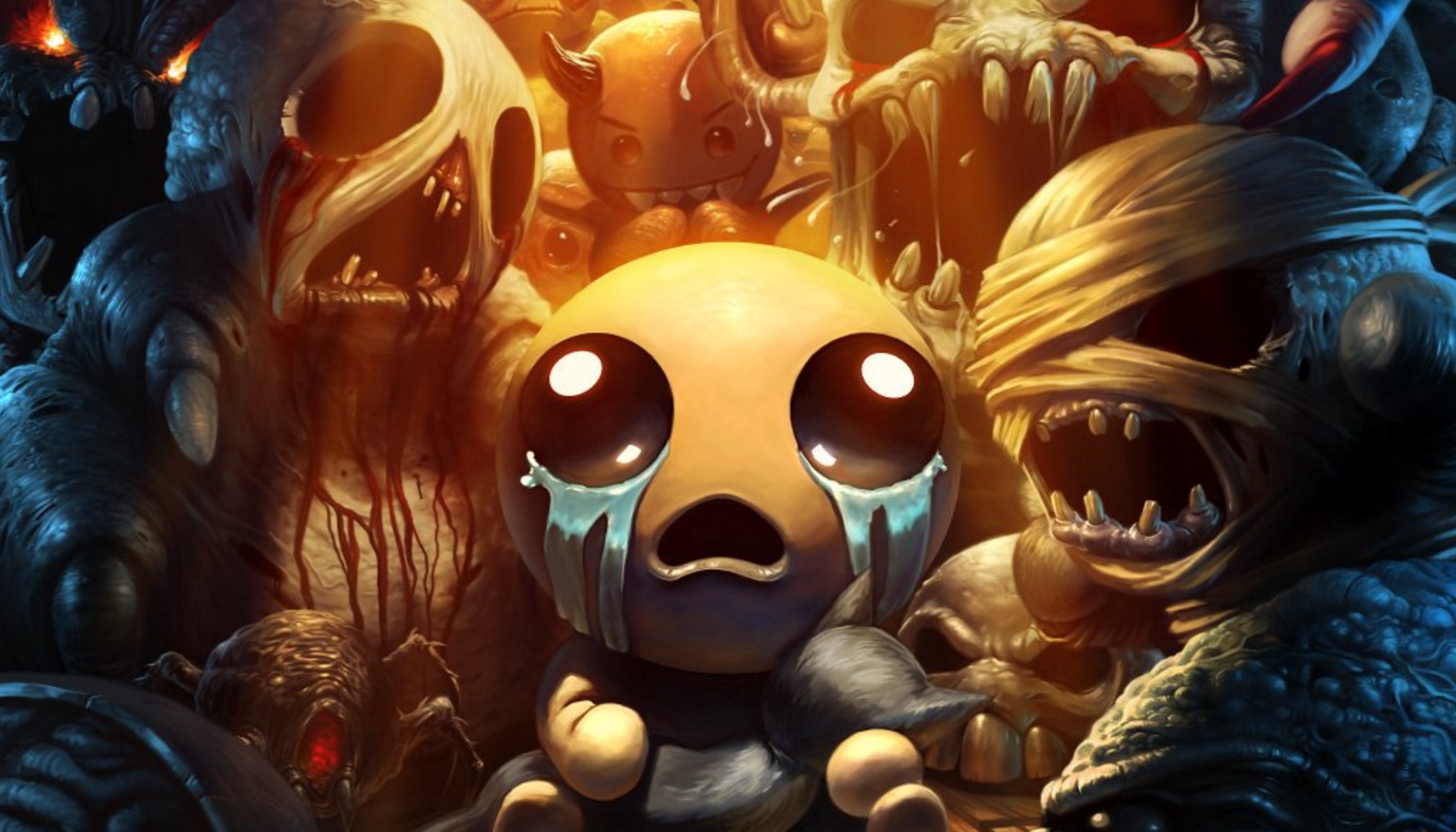 The Binding of Isaac: Afterbirth + Review

Despite The Legend of Zelda: Breath of the Wild’s 60 plus hours of adventuring, Nintendo Switch owners still want new games to play. Sure, 1-2 Switch is fun at parties, but that’s three hours at most. I need something different, and thankfully, The Binding of Isaac: Afterbirth + is welcome amongst the console’s slim pickings. It’s sort of like classic Zelda in that there are dungeons full of monsters and loot, but the mature subject matter, unique art and brain-poking difficulty set it apart.

Before you pay $39.99 for the game, though, answer this question… are you OK with blood and poop?

Yes, blood and poop, two words that you almost never see in the same sentence as Nintendo. The fact that an M-rated game even exists for the Switch this early into its life feels like an achievement.

You see, The Binding of Isaac does not have a princess to save, or cheery mushroom-capped minions wandering through a brightly-colored utopia. The game tells the story of a youngster who narrowly escapes his mom after “God” tells the deranged woman to sacrifice murder her son with a large kitchen knife. If it were several years ago I might have chuckled at that and moved on, but now… as a father… the plot affected me. Scary stuff.

Fortunately, Isaac manages to escape his mom via a trap door leading into the basement, a dark, dirt-covered and nasty place full of monsters, but also power-ups and loot.

From there, the game begins. The goal? Survive as long as possible through a labyrinth of randomly generated boards, where you never know what sort of nastiness you’ll encounter. That is part of what makes The Binding of Isaac so addictive… the fact that the game changes with each attempt. There’s a cool sense of discovery, along with a high level of addictiveness where “just one more go” turns into a several-hour play session.

The second hook is the gameplay. Maneuver Isaac or 13 other unlockable characters with the left analog stick while shooting in one of four directions with the X, Y, A and B buttons. Simple to pick up, but deceptively hard. Seriously… this game will punish you regardless of difficulty. Enemies swarm Isaac from all corners of the screen, and or survive. Slaughter that final critter, and you earn a brief respite before wandering into the next room of horrors.

Don’t get too cocky, because you will die a lot, and since the game randomizes each time that you play, it’s impossible to memorize locations and enemy appearances, but that’s also why I enjoy The Binding of Isaac, even if I only manage to play a few minutes a day. It’ll take more hours than I reasonably have to see everything in the game, and the constant stream of loot and monsters will keep me coming back. Between these random dungeon layouts and unlockables, there’s a lot of value.

If you played The Binding of Isaac on other platforms, then you probably don’t need to pick up this version, but if you never had a chance to dig into it or want the ultimate edition with all of the downloadable content, the Switch version is a worthwhile pickup that presents another compelling reason to splurge on Nintendo’s sexy piece of hardware.

Fashion yourself a collector? Hunt down the pre-launch edition, which includes Binding of Isaac stickers and a 20-page instruction manual. Do not assume this will be around forever.