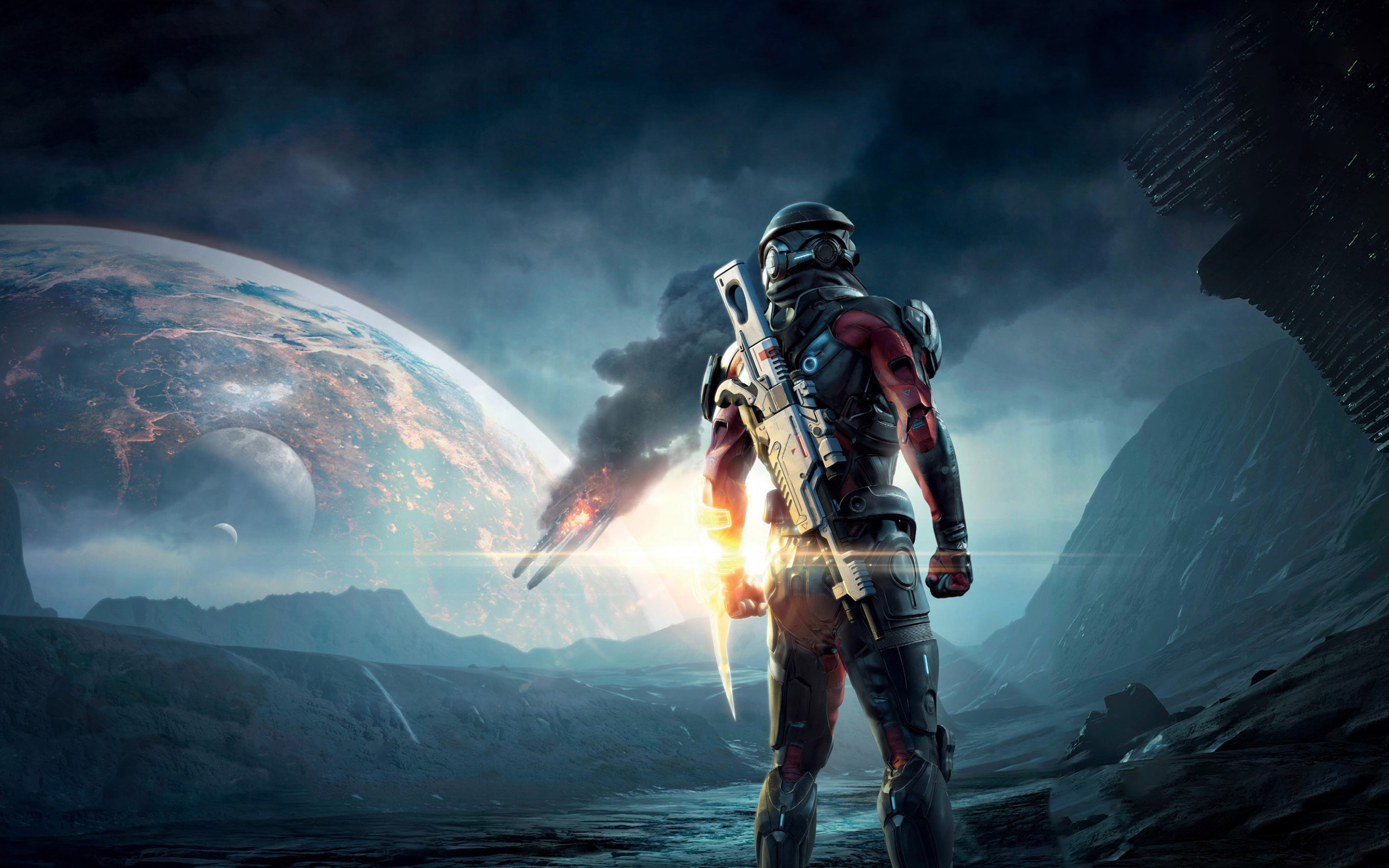 The best indie games you can find right now for Mac.

The Dragon Age series, just like Mass Effect, was developed by the team at BioWare. There are currently three games available that include a plethora of RPG goodness that fans of Mass Effect will be sure to appreciate.

In the first game, your choice of class and race effects the beginning of your storyline and game area, something rare to singleplayer RPG titles. Furthermore, each game comes with deep customization options, multiple paths, and a rich storyline.

If you’re looking for a great starting point for games like Mass Effect, the Dragon Age franchise is a fantastic place to start. Want a more recent title? Dragon Age Inquisition might be more up your street.

While Osiris: New Dawn may not be an RPG like Mass Effect, both games share a rich space atmosphere. With a high attention to detail, Osiris: New Dawn is an absolutely gorgeous indie title. One that’s as much fun to play as it is to look at.

In Osiris: New Dawn, after crash-landing on a distant planet, you and your friends build up a colony and work to survive together in the harsh space environment. As you fight to stay alive, you’ll discover various alien life forms, and can even travel to other planets in the solar system.

If you’re looking for more of the science fiction elements that grabbed you in the Mass Effect series, look no further than Osiris: New Dawn.

Similar to our previous suggestion of Dragon Age, Borderlands is a spectacular RPG series that fits right in alongside games like Mass Effect. Borderlands takes place in a futuristic western/sci-fi fantasy setting and features an incredibly unique art aesthetic.

In addition, Borderland’s gameplay mechanics compliment the story nicely. In regards to the story, it’s one of the closest you’ll find that fits the scope of Mass Effect.

While the gameplay in Borderlands has players exploring a massive in-game universe split into several different zones, it’s the characters you interact with that wind up defining the game.

If you’re looking for an RPG full of awesome FPS mechanics and a plot that fits in well with Mass Effect, definitely give Borderlands a try.

Faster Than Light, or FTL, is different in that it’s not an RPG like other entries on this list. Instead, it’s a roguelike space exploration game with a sharp focus on strategy.

However, the game’s structure and varied alien races fit in nice with the Mass Effect theme, even if it lacks the RPG story elements at its core.

If you’re feeling adventurous and want to set off on a grand expedition through space, FTL is an indie must-have for your collection of Mass Effect- games!

Eschewing the space setting for the realm of fantasy, The Witcher series by Polish studio CD Projekt Red rests alongside Mass Effect as one of the best RPG franchises ever created.

There’s something mesmerizing about the vast realm of The Witcher, the characters you encounter, and of course, the enigmatic protagonist Geralt. If what you love most about Mass Effect is the game’s well-rounded story, you’ll definitely love The Witcher series.

Although, it’s good to note before you dive in that each game is extremely long. If you have the time to set aside to play through these games, though, The Witcher is a series that gamers should explore at least once.

At the moment, Elite: Dangerous (alongside FTL) is one of the most popular indie space games on Steam. This doesn’t come as much of a surprise once you strip everything apart, as Elite: Dangerous is comprised of a complex array of components that make it such an epic space exploration game.

Featuring an MMORPG world, the interactions with other players feel a bit like EVE Online in that there are little to no limitations to what you can do. If you want to steal, block off star systems, and use exploits, you’re more than welcome to.

There are more than 400 billion systems complete with planets and moons that orbit in real-time, allowing players to enjoy hundreds of hours of diverse play. If you’re looking for one of the top space games to add to your Mass Effect collection, you really can’t skip out on Elite: Dangerous.

BioShock is a dystopian masterpiece that follows the underwater city of Rapture. Encapsulating Mass Effect’s high story emphasis, BioShock is heralded by critics as one of the most immersive RPGs of its time.

Each entry in the BioShock series adds new layers and elements to the in-game universe that makes it feel extremely real and engaging. In a similar sense, Mass Effect feels like you’re actually in the middle of a fleshed-out space drama.

So, if you’re looking to get the kind of “feels” that Mass Effect provides, definitely look into the BioShock franchise and get lost in the mysteries beneath the Atlantic Ocean.

8) Knights of the Old Republic

In addition to being a whole lot of fun as well. Obviously, being a Star Wars title, the story in Knights of the Old Republic is rich and engrossing. In addition, the gameplay and Star Wars setting is a blast to play through!

If you’ve never experienced Knights of the Old Republic, and are a Mass Effect fan, you should definitely revisit this BioWare classic!

Do you ever wonder what lurks out in the deepest voids of space? Well, Pulsar: Lost Colony draws upon this curiosity in its gameplay, which employs a heavy use of exploration.

The game feels a bit like a cross between FTL and the Star Trek series, along with a space setting as vast and intriguing as Mass Effect. In terms of gameplay, you and other players will work together to assume command of a starship in the far-flung realms of space.

In doing so, you can embark on missions and engage in a little ship-to-ship combat. So, if you really dig Mass Effect’s space themes and wish you could hop aboard your very own starship, give Pulsar: Lost Colony a try!

10) Gods Will Be Watching

Gods Will Be Watching is a point-and-click adventure centered around the theme of an interstellar tragedy. What makes this game so special, especially for Mass Effect fans, is its incredible story that will grab you the moment you load into the game.

In Gods Will Be Watching, players follow Sergeant Burden and his crew across six chapters full of hostage situations, torture scenarios, and wilderness survival, among other themes.

Set in the harsh realm of space, Gods Will Be Watching is a mature title that mirrors some of the more difficult aspects of Mass Effect’s storyline.

These are only 10 games like Mass if you can think of other examples, be sure to share them with us in the comments below!