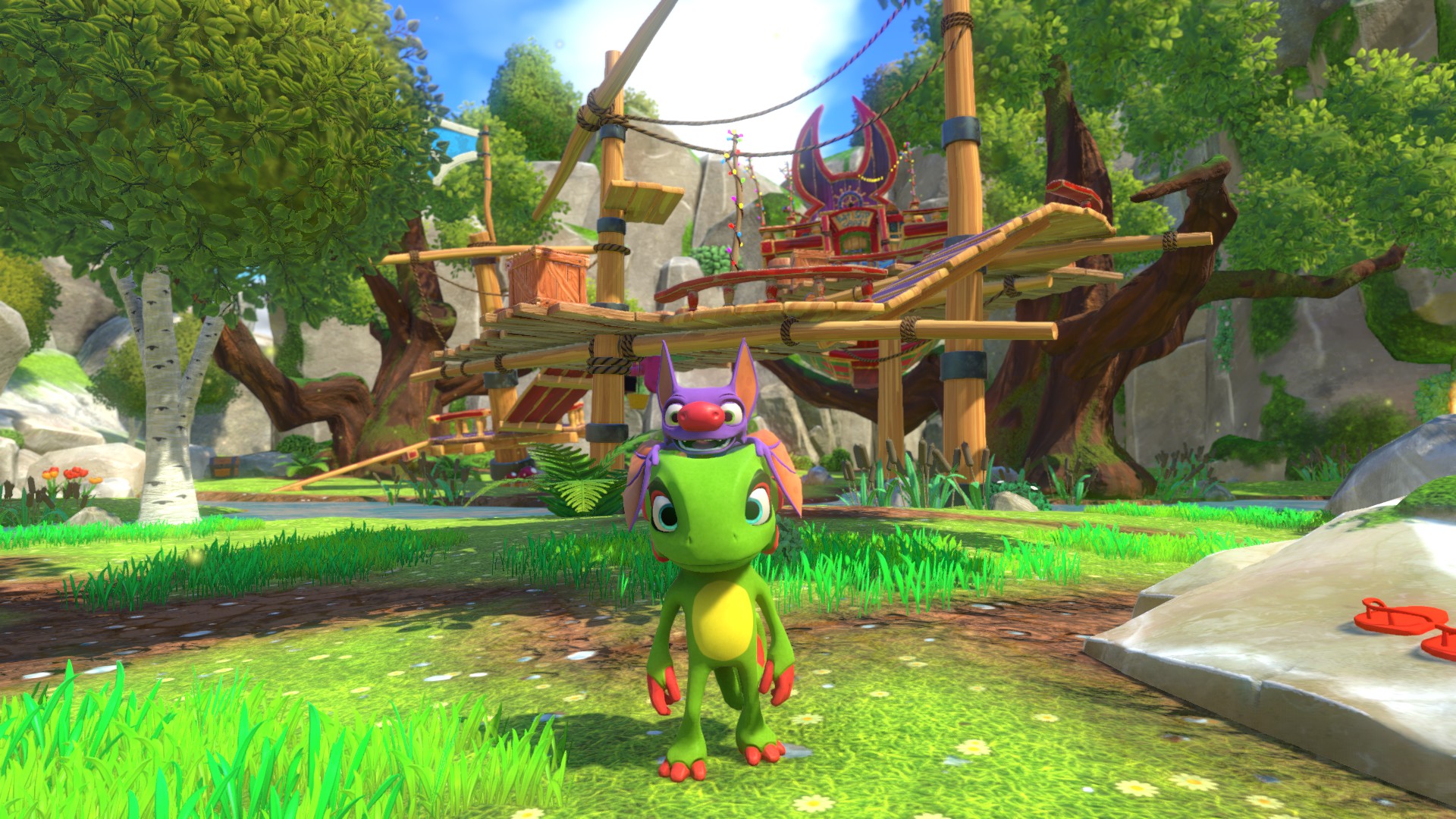 3 Minutes Worth of 'Alex' in Yooka-Laylee Credits

After a successful Kickstarter program in 2015 and two full years of development later, Yooka-Laylee is finally being released on April 11th. However, some gamers were able to get early review copies, and while Yooka-Laylee’s content is still under embargo, a few secrets have leaked.

Namely, the 3 full minutes worth of “Alex” variations in Yooka-Laylee’s credit sequence.

Uploaded to YouTube by user Nick Robinson, the video reveals just how long it takes to get the name “Alex” in the credits. This is because the developers added an “extra special thanks to all our backers” segment of credits that scroll once Yooka-Laylee’s campaign is complete.

Here, players are able to see the names of countless Kickstarter backers who helped fund Yooka-Laylee’s creation, all sorted by the first letter of their first name. As you might have guessed, there’s a whole lot of supportive people out there named Alex, Alexis, Alexander, and on and on it goes. Literally. For a full 3 minutes.

It’s really heartwarming to see so many Kickstarter backers recognized in Yooka-Laylee’s credits, even if it will inevitably take eons for most people to actually reach their name! Unless your name is Alex, of course.

Yooka-Laylee will launch on PC, Xbox One, and PlayStation 4 on April 11th, with a Nintendo Switch release reportedly in the works.

For more on Yooka-Laylee here at Indie Obscura, learn why Playtonic cut JonTron’s voice cameo from Yooka-Laylee, revisit the golden age of RARE platformers, and whether or not Playtonic is working on a Yooka-Laylee amiibo.