A September 8, 2017 release date has been confirmed for Destiny 2. 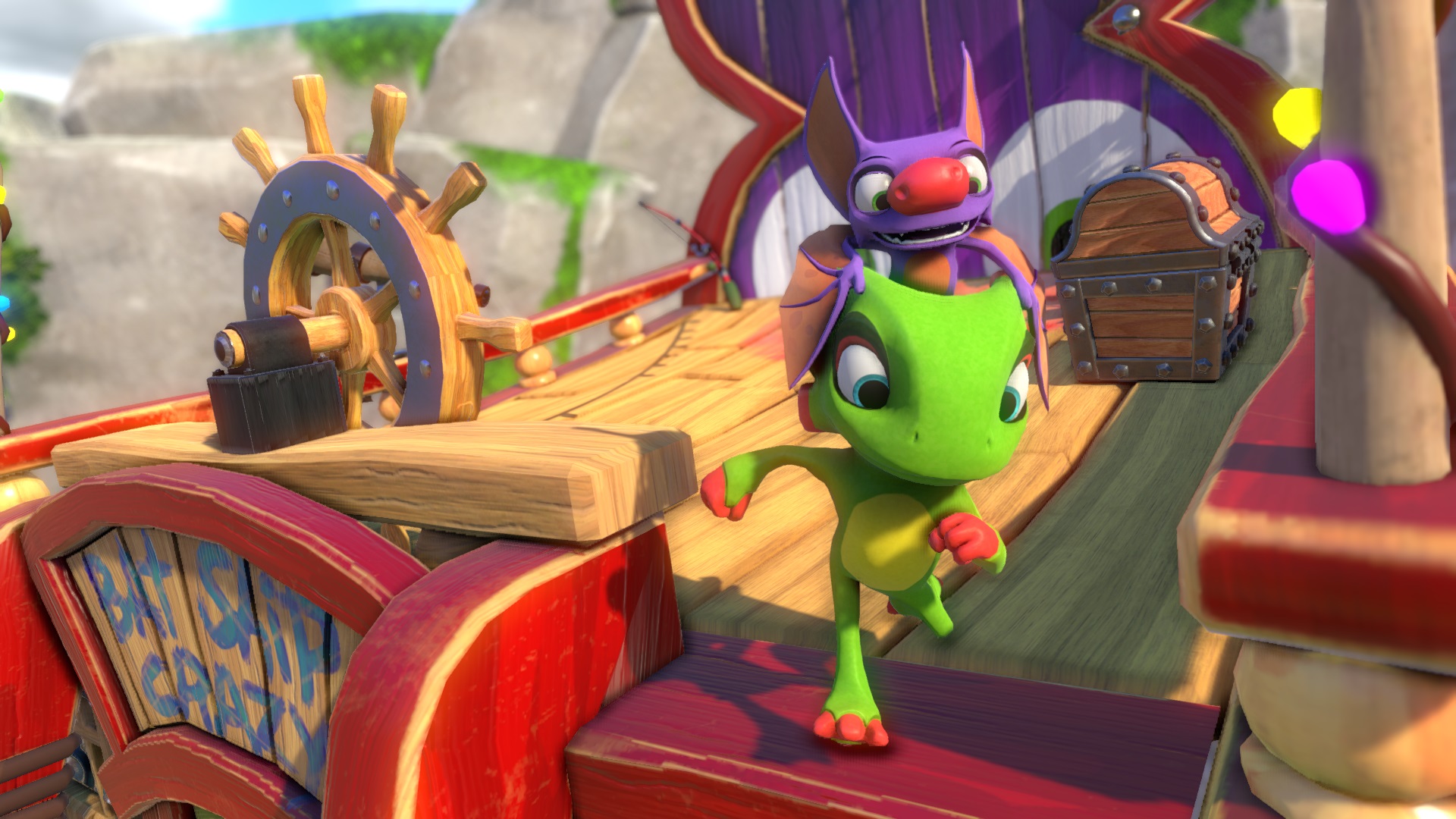 The RARE Resurgence of 90s Platformers

Overwatch Could One Day Get A Map Editor

There are several games set to release this year that whisk me back to the golden age of platformers... the 1990s.

If you grew up in the 90s, you likely experienced a hefty variety of the genre’s greatest gems, ones which would go on to become permanent logs in gaming history. These included titles like Banjo-Kazooie, Crash Bandicoot, Conker’s Bad Fur Day (if your parents didn’t know any better), Spyro, and Donkey Kong Country, among others.

Looking back, it’s interesting to note that many of these iconic platformers came from the creative minds at RARE.

The Retro Age of RARE

After the studio’s inception in the 1980s, RARE effectively pumped out hit after hit across a variety of gaming systems. However, it was their “Rareware” days from 1994 up until 2001 where the company shined the brightest. This was partially thanks to their partnership with Nintendo, and mostly due to their developmental prowess.

Whittling the list down to just platformers, RARE’s track record includes the Donkey Kong Country series, Conker’s Bad Fur Day, and of course, Banjo-Kazooie. While RARE isn’t an indie company by any stretch of the imagination, the way they developed games back in the "Retro Age of RARE" was, in its own way, indie.

For example, when the development process of Banjo-Kazooie began in 1997, the team was comprised of just 10 people lead by Gregg Mayles. This later expanded, though not by much, to a steady 15 members including seven engineers, five artists, two designers, and one musician (Grant Kirkhope).

Back then, even games like Donkey Kong Country had a relatively small crew, rounding out to about 20 people. Another great example (though not a platformer) is GoldenEye 007.

Over a period of about two and a half years, GoldenEye 007 was carefully pieced together by an inexperienced development team of eight people. Which is impressive, considering how heralded GoldenEye 007 has become.

While RARE may not be indie by definition, I like to think of them as indie-minded at heart.

The Indie Side of RARE

So what does RARE have to do with the resurgence of the platforming genre in this day and age? Well, several indies coming out in 2017 are being developed by some of the very same people from RARE who helped define the genre back in the 1990s and early 2000s.

These former RARE gurus have eschewed polished, triple-A studios, instead favoring the small team, late night, endless coffee pot realm of indies. Which makes sense, considering the indie teams working on titles like Yooka-Laylee, Snake Pass, and A Hat in Time all feel reminiscent of the small development teams back in the Rareware golden age.

Especially Yooka-Laylee, which is the product of several Rareware members alongside a host of other new talent. A few names behind Yooka-Laylee’s team at Playtonic include Steve Mayles, the younger brother of Gregg Mayles (Banjo-Kazooie), Chris Sutherland, Gavin Price, and Grant Kirkhope.

Right down to its core, Yooka-Laylee feels like a welcome follow-up to Banjo-Kazooie in both its gameplay and its sound. If you watch any of the promotional trailers for Yooka-Laylee, you can really feel the sheer passion and retro inspiration behind it.

Especially in the game's music, as Grant Kirkhope effectively poured his backlog of Banjo-Kazooie goodness straight into Yooka-Laylee (he's also working on A Hat in Time).

Aside from the Banjo-Kazooie creds, the roster of RARE alumni at Playtonic also helped bring games like Donkey Kong Country and Grabbed by the Ghoulies to life.

In a nutshell, you know Yooka-Laylee is going to give you all of those tingly nostalgic feels! At least the game has for me during my time previewing it, though I’m contractually obligated not to spill the beans just yet. Let’s just say the game is amazing, and you should totally buy it.

The resurgence of 90s platformers goes beyond Yooka-Laylee. At PAX East 2017, I got my hands on Snake Pass by Sumo Digital and instantly fell in love. While the music is courtesy of David Wise (another RARE staple), the property itself is completely new.

The same goes for A Hat in Time, which is being published by Humble Bundle. It's nice to see other studios taking on platformer projects, as it emphasizes just how beloved the genre once was.

The same goes for A Hat in Time, which is being published by Humble Bundle. It's nice to see other studios taking on platformer projects aside from Playtonic, as it emphasizes just how beloved the genre once was.

Deep down, I realize the platformer genre never really “went away.” However, it did fade into the backdrop a bit as technology boomed and the gaming industry leaped at the opportunity to create realistic experiences.

The existence of indies that call back to a memorable time in my life (and the lives of others) is refreshing and reassuring. It proves you can have realistic triple-A masterpieces like Horizon: Zero Dawn and Nintendo powerhouses like The Legend of Zelda: Breath of the Wild… as well as a little Yooka-Laylee action and slithery Snake Pass fun.

Thanks to the love and dedication of a few RARE members, and so many developers the studio inspired over the years, we now have a host of new platforming classics to look forward to not just in 2017, but the indefinite future as well.

For more throwback features here at Indie Obscura, be sure to check out Growing Up Nintendo which chronicles how the company impacted our lives, learn about the progression of video game currency over the years, and how we've used video games to help treat the symptoms of depression.