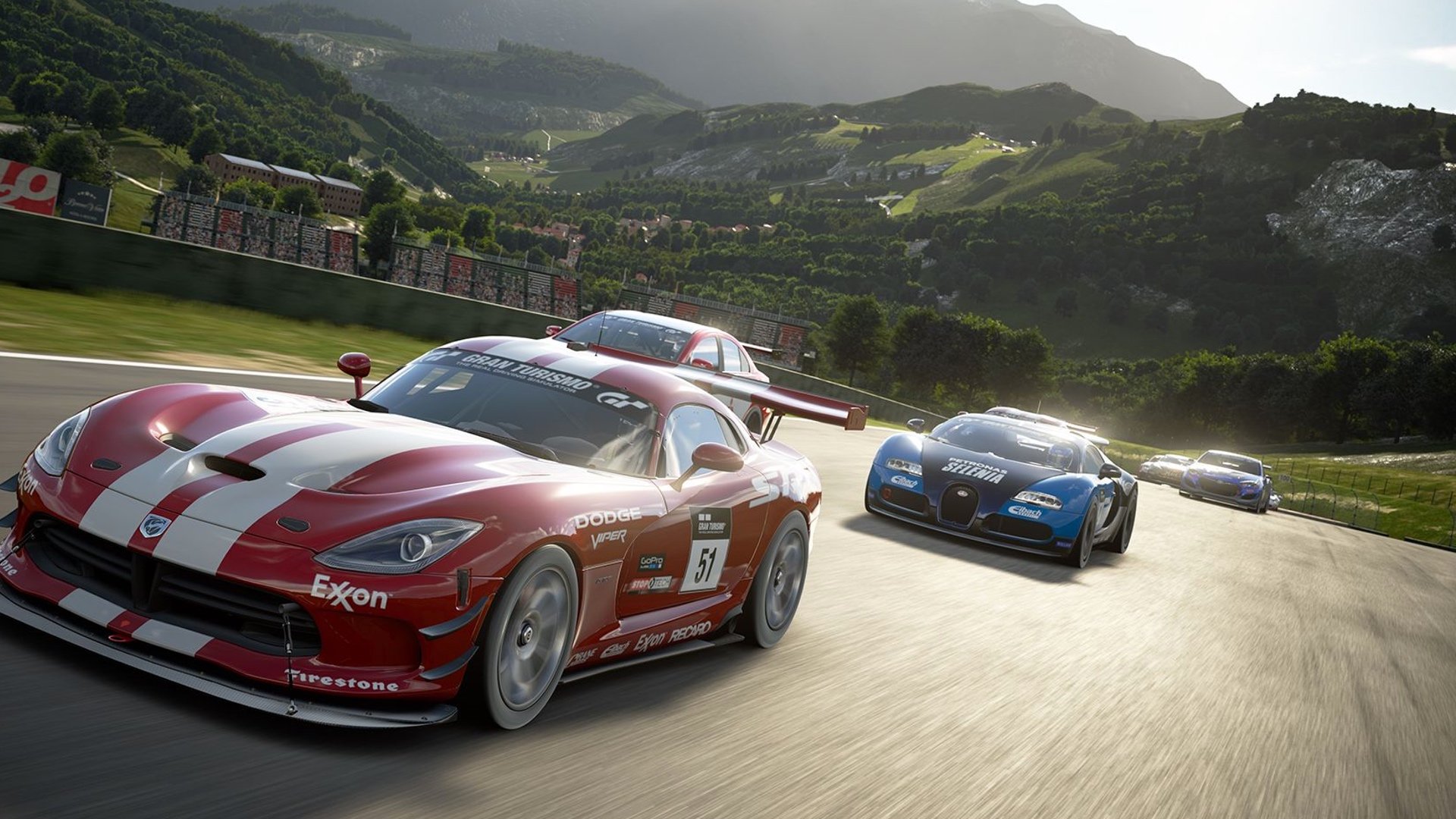 When Forza Motorsport 7 hit the track this past week, it became the second gigantic new driving simulator Turn 10 had started and completed developing since the divisive Forza Motorsport 5 in fall 2013. That date is significant, because it was also the last time Polyphony Digital shipped something. So when Gran Turismo Sport arrives later this month, should we expect twice the game we get from Polyphony's rival at the other end of the pits?

Not exactly. Polyphony may take longer to make games, but it can be hard to pinpoint why. Critics would probably say that creator Kazunori Yamauchi is overindulged - an untouchable, board-level relic of Sony's past successes, hand-tuning every component in his workshop while the competition turns racing game development into a well-oiled production line.

Those who share his passion for motorsport might say different though - we'd call it an artistic temperament that prevents the studio releasing things until it's truly happy with them. (And even then, things may not be complete, or quite what you expect.) As much as we'd like more GT than we get, we're firmly in this camp. And even Yamauchi's worst critics would probably concede what we know to be true: GT games are always fascinating.

Let's explore why this one is going to keep that legend alive.

According to Polyphony, GT Sport isn't Gran Turismo 7, but it's not quite Gran Turismo 7 Prologue, either. The Prologue games were almost like vertical slices, in industry jargon - a sample designed to represent a cut straight through the middle of a larger game, illustrating its core concepts and appeal. Prologue games had a few cars and tracks on new tech, and usually cost slightly less than full price. GT Sport is a full-price game with a lot of content.

But it's not quite a full Gran Turismo game either. Gran Turismo 6, for example, had 1,226 cars and 100 tracks. GT Sport has 177 cars and 27 tracks. Those are the smallest figures of any GT game since the very first, even though it's far more than you'd get with a Prologue title. There are three modes of play, as well as online racing and all sorts of other interesting features. Whereas Forza 7's brilliance is almost predictable, and most of its new features are tuned to support microtransactions or race balancing, GT Sport's are much more esoteric.

What can we do in Gran Turismo Sport, then?

There are three main modes: Campaign, Sports Mode and Arcade Mode. As mentioned, you can race online against real people or offline against the AI. There's also a new virtual reality mode called VR Tour, although Polyphony has reduced its ambitions for PlayStation VR support since the early days of development when it talked about letting you play the whole game in VR. VR Tour sounds like a much more limited offering.

For what it's worth, GT Sport is also the first GT game where you can race Porsches. Previously GT had to use RUF cars rather than real Porsches because of licensing issues.

Apart from the fact recent full GT games have had 5-10 times as many cars and tracks, GT Sport also loses dynamic weather and day-night cycles as part of the transition to new technology. You can still set the time of day before racing, but there won't be any change as you play, which is a regression. Hopefully the increased fidelity will make up for this, but early gameplay impressions in the media suggest this is a more modest visual upgrade than you'd expect from one generation to the next. We'll have to wait and see.

What about those esoteric additions you mentioned?

Probably the strangest addition is the opportunity to compete for an FIA Gran Turismo digital licence. This isn't just a branded in-game achievement; this is a genuine real-life certification from the world's governing motorsport body, and if you obtain it then the FIA will notify automobile clubs globally. Essentially it says that you are a very accomplished driver who understands competitive rules and drives fairly, at a borderline professional standard. In theory you could use this to bridge the gap between digital racing and real-life autosport.

Yes, and we're not really sure how it will work either. Polyphony talked about it a bunch last year but we haven't seen much mention of it since.

It is, however, emblematic of the difference in approach between Polyphony's Gran Turismo series and Turn 10's Forza Motorsport. There is arguably very little business value to what Polyphony is doing with the FIA. A few petrolheads might sit up and take notice, but for the average punter - one of the millions who make up GT's traditional target audience - this is utterly irrelevant. And yet it must have taken a herculean effort to put in place, with high-level lobbying and collaboration across these huge bureaucracies at tremendous expense.

You only have to spend a few minutes in the company of Dan Greenawalt, Turn 10's public figurehead, to understand that his passion for motorsport is as real as Polyphony Digital's, but whereas the Microsoft-owned studio develops games that attempt to harmonize art and business, Polyphony is an arthouse creator that happens to make successful products.

So should I get excited about Gran Turismo Sport?

Yes! Whatever else it is, GT Sport will probably be the most expensively weird racing game since the last GT6, and it will have motorsport passion oozing from every valve. It won't be as convincing and well-tuned a 'CarPG' as its rivals, but it won't give a damn either. If you can handle not being quite so mollycoddled and funnelled, you might end up loving it.

Will there be a demo?

Yes, there should be a free demo version for PlayStation Plus members available for four days starting October 9, progress from which will carry over to the main game. The full thing is due out October 17 in North America exclusively on PlayStation 4.

Anything else I need to know?

Just that if you don't feel like jumping on board immediately, you'll probably find that Polyphony adds features and content to GT Sport for a long time to come, so if you jump in next year instead, you'll be even more rewarded. As for what happens next, Yamauchi has talked about GT Sport representing the start of the second era of Gran Turismo, although how long this era takes to begin unfolding apace is, as usual, anyone's guess.