6 Worst Tanks in World of Tanks

These are just some of the armored vehicles the community thinks are the worst tanks in World of Tanks. 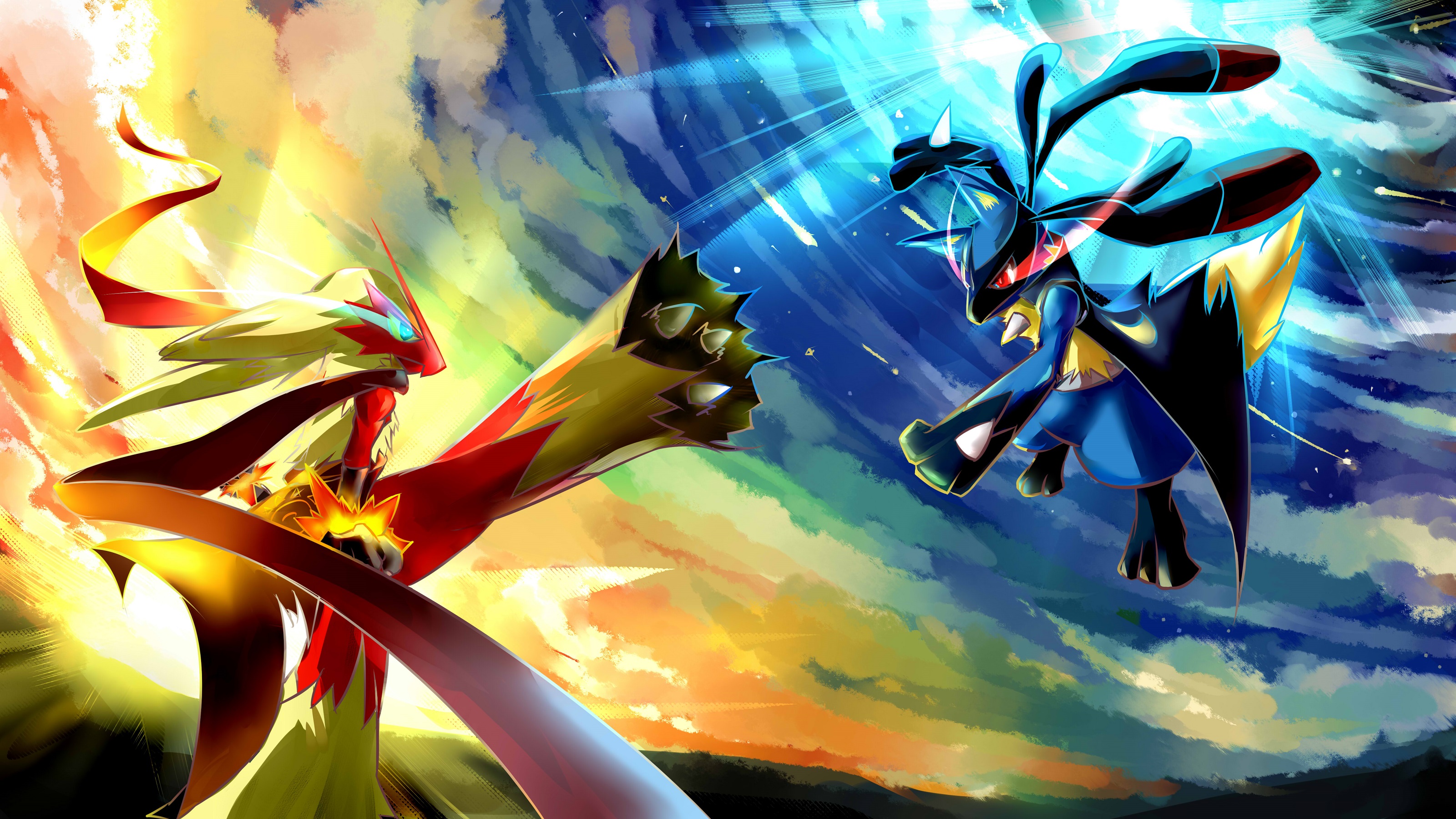 How To Earn More Coins In Bit City

Build faster in Bit City by learning how to earn more coins.

Pokémon Duel followed in the footsteps of Pokémon GO in gaining wide popularity on mobile devices such as Android and iOS. Unlike Pokémon GO, Pokémon Duel centers more around turn-based strategy in a similar manner to the original collectible card game. When starting out in Pokémon Duel, it can be tough to put together a solid deck.

To help you out, we’ve listed 10 of the best Pokémon in Pokémon Duel when it comes to building a well-rounded deck.

Coming in with multiple different forms and abilities, Deoxys is an absolute beast in Pokémon Duel when put into play defensively. When moving from the bench, Deoxys’ Cross Wind ability gives you a swift MP of 4.

If you’re someone who enjoys utilizing the devious respin mechanic, Reflective Laser is perfect when it comes to forcing your opponent into a corner and keeping them there should they attempt to push.

Finally, to guard against instant knockouts, Shelter acts as a nice shield to both you and adjacent Pokémon. As an added bonus, there’s no limit on how many Deoxys you can have in your deck!

After reviewing all three Legendary Pokémon, we came to the conclusion that they’re all viable in Pokémon Duel. It largely depends on your established deck, your opponent, and how you choose to play. If you’re going for offense, Zapdos has a stellar gold attack, Thunder Crash, which deals 100 damage to your opponent.

Zapdos isn’t ideal for pushing thanks to its blue attack, Roost, it’s great for holding control of the board in a middle position. Another great fighter is Moltres. You’re better off pushing with Moltres thanks to its 2* purple attack, Flame Charge, which deals 110 damage. Moltres also has a steady base attack, Steel Wing, which hits for 60 damage.

Finally, Articuno may not have the attack prowess of Zapdos or Moltres, but it’s nevertheless a stellar defensive Pokémon. Articuno’s basic blue attack has a built-in Full Heal, though it’ll cost you a Wait of 3. You can also freeze Pokémon using Articuno which not only freezes your opponent, but any adjacent Pokémon nearby.

Basically, you want to use Zapdos for mid, Moltres to push, and Articuno for defense.

There’s a valid reason why Reshiram comes with a starting Wait of 9 at the beginning of each duel. Not only does Reshiram boast Blue Flare, which deals 100 damage, this Pokémon also comes with fly, making it a nice Pokémon to have in your Pokémon Duel deck.

Note that Reshiram is better when played alongside Zekrom, though on its own, Reshiram is still a great offensive Pokémon. It all depends on your opponent’s deck and your desired strategy.

For the long game, Reshiram and Zekrom are a perfect combo. While the Wait 9 is quite long, unleashing Reshiram during mid-game can be a good way to knock a few of your opponent’s defenses off the field when needed.

While Ho-Oh took a backseat to Lugia when Pokémon Gold and Silver came out, Ho-Oh is arguably the better pick when it comes to Pokémon Duel.

Ho-Oh’s ability, Serene Light, is a force to be reckoned with as it moves all Pokémon in the PC back to the bench when Ho-Oh is knocked out. Essentially, this acts like a free Max Revive Plate.

When it comes to aggressive maneuvers, Ho-Oh can be quite scary. Its basic attack, Gust, deals a decent 50 damage and its Fire Blast attack deals a massive 100 damage. Not to mention Ho-Oh’s 3* purple ability Rainbow Wing, which moves Ho-Oh 2 steps back and is great for aggressive positioning.

Yveltal has an incredible 3+ purple attack which not only displaces a nearby Pokémon, it also adds a -1mp Marker. Furthermore, Yveltal has a 2* purple attack great adding a stackable+10 damage buff to all Dark Pokémon as long as Yveltal is on the board.

Another reason why you should have Yveltal in your Pokémon Duel deck is because Oblivion Wing, which has a 44 wheel size, can deal out a whopping 100 damage. Yveltal is perfect for Dark decks, offensive pushes, and plain old-fashioned intimidation.

When it comes to playing offensively, Lucario is a great asset to have in your Pokémon Duel deck (especially after evolving from Riolu). Lucario comes equipped with one of the top purple attacks, Aqua Sphere.

Additionally, Lucario’s Metal Claw comes with solid damage at 70, and is able to Dodge well with a 24 wheel size. These stats make Lucario hard to remove, especially when put on the board early to mid-game.

The main reason you want Lapras in your Pokémon Duel deck is for its Sleep ability. Lapras is perfect for defensive decks, especially when combined with Manaphy. Aside from Sleep, Lapras has Dodge featuring a wheel size of 12.

Couple this with a no-miss at level 5, and a well-rounded Surf attack which deals 60 damage, and you have a Pokémon with a vast amount of versatility. Finally, having Ice Wall gives Lapras an immunity to being frozen.

Snorlax is an incredible Pokémon when it comes to defense thanks to its ability Still, which gives Snorlax an immunity to all displacements (aside from Sweet Scent). Because Sweet Scent has become all but extinct in Pokémon Duel, Snorlax is the best when it comes to staying firmly rooted in place.

Similar to Lapras, Snorlax can put an opponent to sleep with its 1* purple attack Big Yawn coupled with a nice wheel size of 36. While this also puts Snorlax to sleep, it’s a great way to pause an advancing attacker.

When it comes to offense, Snorlax has the classic Body Slam move which throws down 100 damage. With a wheel size of 32 versus an 8 wheel size miss, Snorlax can hold his own even against the most formidable of foes.

Metagross is a great well-rounded Pokémon that boasts solid options for both offensive and defensive decks in Pokémon Duel. The best move to level up is Hyper Beam, which hits for 150 damage. This will win most battles with the exception of purple attacks.

To use Metagross defensively, the Dodge ability is solid enough to buy you time, especially if you have Deoxys on the board. While Metagross was met with a recent balance update, there are still viable options for using Metagross and its best perk, Hyper Beam.

Another impeccable defender in Pokémon Duel is Chesnaught thanks to its nifty 2* purple ability, Spiky Shield. When using Spiky Shield, you’ll be able to hit your opponent for 40 damage while also knocking the opponent back and slapping a Wait 3 on them.

Additionally, Chesnaught can dish out 90 damage with its 40 wheel size move, Hammer Arm. Though this gives Chesnaught Wait, you should mainly be using Chesnaught as a defensive Pokémon near or on your goal.

These are only 10 of the best Pokemon in Pokémon Duel. Every player’s deck and style will be different, making some Pokémon viable and others poor choices. Be sure to reference these Pokémon in relation to your own Pokémon Duel deck, and check back for more Pokémon Duel guides!