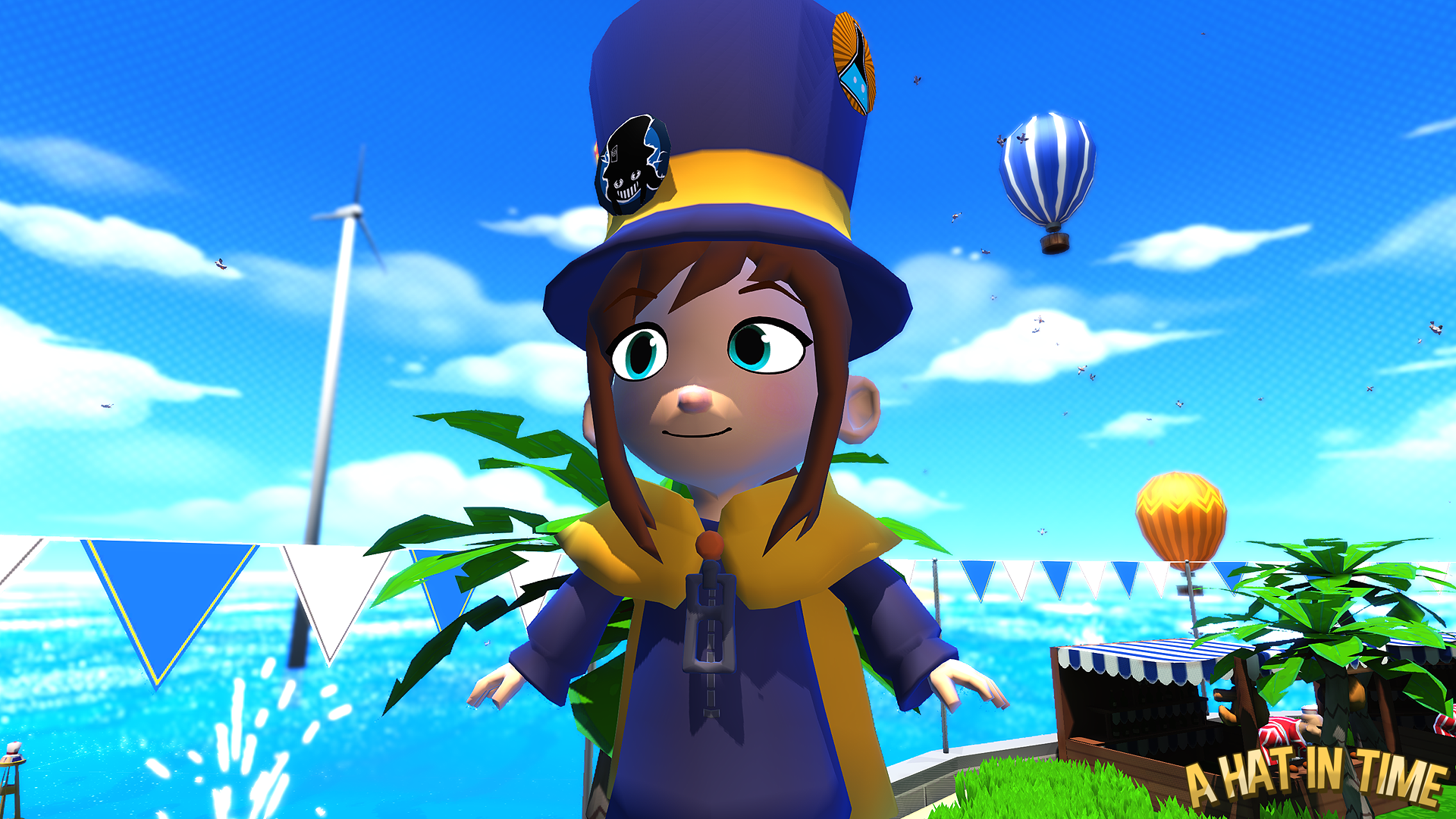 Humble Bundle To Publish 3D Platformer A Hat In Time

Humble Bundle recently announced that they will be publishing a KickStarter game called A Hat In Time - a 3D platformer by Gears For Breakfast that follows the adventures of a little girl named Hat Kid. The developers listed some of their main influences for the game which featured popular platformers of the Nintendo 64 era such as The Legend of Zelda, Banjo-Kazooie, and Super Mario 64.

Although A Hat In Time is just one of many games due out this year that harken back to the golden era of 3D platformers, there’s something especially unique about its adorable protagonist that separates this game from the rest.

Meet Hat Kid. A tough-as-nails little girl who’s on a mission to save the world from the clutches of her evil nemesis, Mustache Girl. You’ll guide her through 5 nefarious chapters in search of collectible items as she learns new combat skills, unlocks useful platforming abilities, and beats up burly enemies along the way.

A Hat In Time places a huge emphasis on exploration, rewarding steadfast players with pertinent items and skills that will help them along in their journey. Hat Kid’s ever-evolving set of abilities and handy-dandy umbrella will have players running, jumping, skipping, sliding and more through beautiful levels, each with their very own theme.

The developers, Gear For Breakfast, were able to meet all of their stretch goals on KickStarter which means A Hat In Time will be releasing with a co-op mode, 2 bonus chapters via DLC, and music composed by Banjo Kazooie’s own Grant Kirkhope!

If you're interested in learning more about this rising indie game, below you'll find the PAX East 2017 livestream where they talk in-depth about all the cool things you can expect when A Hat In Time when it launches later this year. You can also check out some of the other soon-to-be released Humble Bundle games in the video, as well.