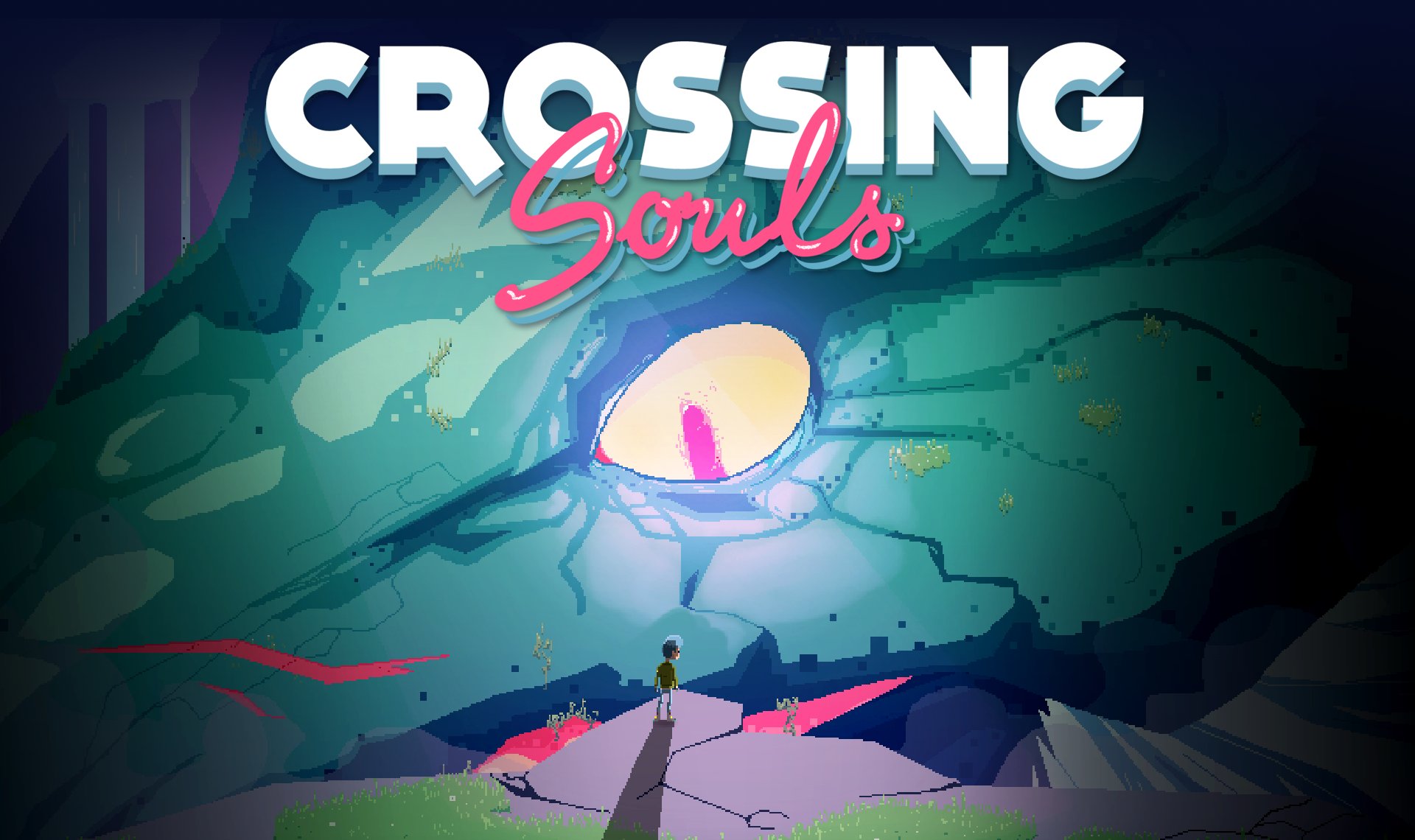 When we first arrived for our meeting with Fourattic, the developers behind Crossing Souls, we were immediately pulled in by their booth setup. In front of us sat two brightly beanbag chairs on top of a Twister mat which one of the devs, Fernando, warmly gestured for us to sit on. Two monitors dressed to look like CRT TVs sat atop an entertainment which was filled with classic VHS movies, board games, a couple of Super Nintendos, and other nostalgic items.

Finally got a chance to walk around this morning, the retro Crossing Souls booth by @Fourattic is amazing! pic.twitter.com/LCTOCuAKKj

We put on our designated gaming headsets and started up the demo. Immediately, I was sent hurtling back to the days when I would sit down in front of my old 20” television where I'd dump hours into pixelated action adventure games, and binge watch movies like Back to the Future, and The Goonies.

desire to capture the magic of 80’s films with Crossing Souls translates powerfully within minutes of playing the game. It'll start you off in the bedroom of a teenage boy named Chris as he wakes up to the static of a walkie-talkie. On the other end is his pal Kevin, urging him to get up.

“Listen, get the gang together in the treehouse. I have something incredible to show you!”

It’s here when your adventure begins. Despite the urgency in Kevin’s voice, you can’t help but take your time examining every pixel-perfect nook and cranny. There’s a level of detail in Crossing Souls that will leave you in a state of complete awe. The wallpaper, the posters, and the toys add an element of nostalgia that makes exploring Chris’ room feel like a worthy investment because there’s so much to look at.

Eventually, you’ll leave the house and enter the backyard which is where you’ll encounter your father. Here, he’ll gift you a baseball bat that you can equip as a weapon. The game will prompt you to play a mini-game with your father to try out your new skill. This is a feature you’ll see more of as you recruit additional characters in the game. Each of them has their own unique abilities which the game demonstrates how to use to your advantage.

After you’ve left your home, the exploration factor increases tenfold. From skittish urban wildlife to groups of loitering teens, there’s an environmental pulse that piques your curiosity at every turn.  The mainstay is definitely the soundtrack which gives Crossing Souls that truly retro cinematic feel.

It doesn’t stop there. Not too far from your house, you’ll meet your first buddy, Matt. He’s a kid genius with a penchant for defective science experiments. You’ll help him by destroying the 3 generators powering his damaged energy limiter which refuses to stop shooting gamma rays. After assisting him, he’ll join your party.

Unlike a typical RPG where all members of your party can engage in combat at the same time, you’ll be able to cycle through Chris and his friends to use their special abilities. Matt carries a laser gun and a flying backpack which becomes incredibly useful further into the game.

From here, you'll make your way into the bustling part of town which seems to have been hit with a terrible storm. You can talk to various NPCs to find out more about what's going on and even help them out with small tasks.

In the arcade, you can assist the owner with getting the power turned back on for his game cabinets. In the diner, you'll be tasked with helping out the cook with a major rodent problem. Each of these issues the unique talents of your characters and feels like a small taste of what to expect when you confront bigger obstacles later in the game.

From that point forward, you’ll go on to recruit the rest of your crew, meet up with Kevin. and find out exactly what it is that he finds to be so incredible. Overall, our preview with Crossing Souls was a positive experience. Look forward to our developer interview where they reveal their inspirations and a little something about Matt and his role in the game's plot. We can promise you that there won’t be any spoilers.

Crossing Souls will release later this spring on PC, Mac, and Linux. Make sure to check out the Crossing Souls official website for more on this nostalgic gem of an indie game.