You can grab the game’s lighthearted tunes on vinyl, CD, or digital download. 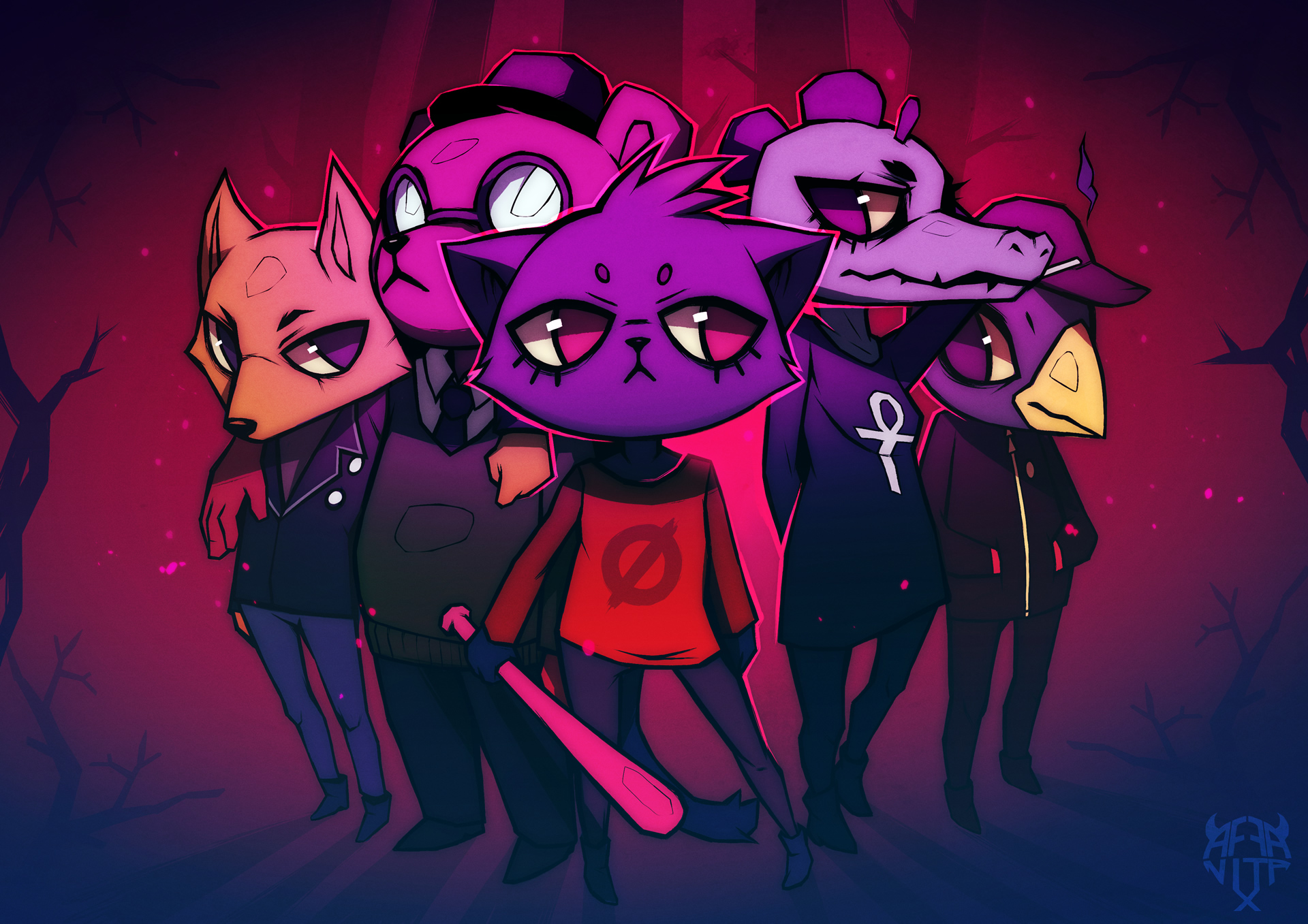 Twitter's Most Amazing Night In The Woods Fan Art

Twitter users took to the internet with their stunning recreations of Infinite Fall's newly released title, Night in the Woods. It's no secret that great characters in video games often develop loyal followings, and in Night in the Woods, there’s no shortage of quirky personalities that have inspired players to create incredible fan art. We're not at all surprised.

The game itself is an ode to creativity and self-expression, mostly punctuated by a group of loveable misfits that turn living in a mundane hometown into a compelling emotional adventure. Check out our review for more on how we feel about Night in the Woods. Mae, Bea, Gregg, and Angus have stolen the hearts of indie game lovers everywhere, in all their offbeat glory.

Since the Night in the Woods release, we’ve been borderline obsessed with all the amazing fan art circulating all over Twitter. Artists have captured the essence of these characters. Gregg with his mischievous streak, Bea with her unadulterated sarcasm, Angus in all his gentle politeness, and Mae… well, she’s a hard one to pin down. However, they’re all captivating in their own way. With that said, we hope that you enjoy this fan art as much as we do, and don’t be afraid to share some of your favorites in the comments below.

doodled my fav moment from night in the woods so far pic.twitter.com/EovxosGIKw

@NightInTheWoods @nightschoolers so a rlly neat game's comin: Night in the Woods. i mashed it up w/ my fav game. result: Night on the Island pic.twitter.com/Pn6NPaSae8

waiting for game NIGHT IN THE WOODS... pic.twitter.com/WmBjQiVXjx

@NightInTheWoods um I made a thing.
Psyched for your game!! pic.twitter.com/3oW7twAxCI

Watching the Lost Constellation stream https://t.co/ROR8C80SNC and getting so excited for NITW! Also, here’s a little Mae fan art I made! pic.twitter.com/sZ18jfcrvd

8 min warmup to tide me 'till @NightInTheWoods time tonight. Hooo shit - it's gonna be good. pic.twitter.com/BltxQZTguR

I barely draw fan art, but @NightInTheWoods has me genuinely excited! It's something I definitely recommend looking up. pic.twitter.com/EgAqL0EXqx