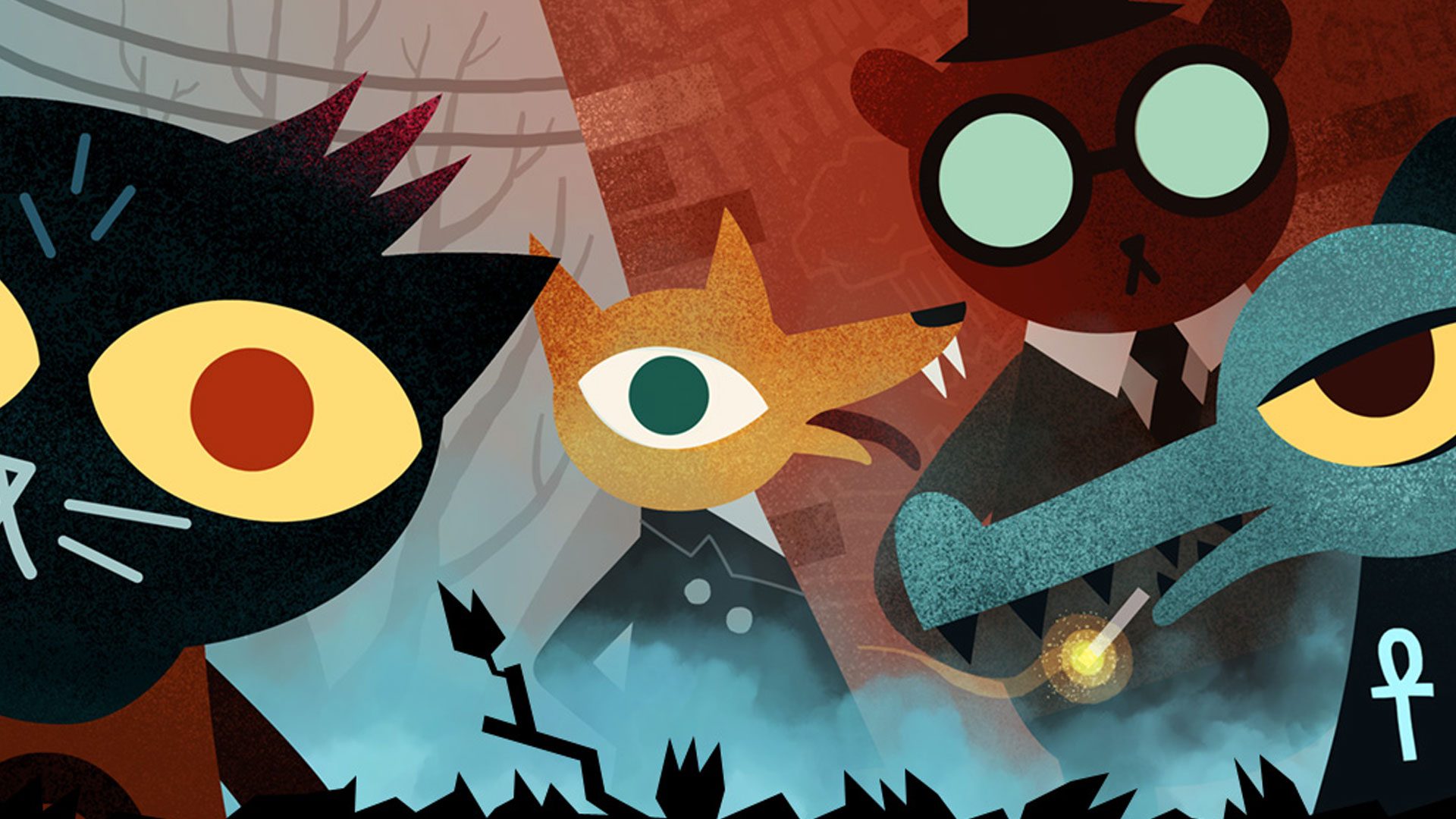 The animated adventure Night in the Woods by Alec Holowka is a game full of beautiful art and surprises, including a mini-game which boasts a captivating rhythm mechanic.

In Night in the Woods, you play as the feline protagonist Mae Borowski, a college dropout forced to return to her hometown of Possum Springs. There, Mae reunites with her childhood friends including a fox named Gregg, Gregg’s bear partner Angus, and a cigarette-smoking alligator named Bea.

As you progress through Night in the Woods, you're eventually asked to jam out with your friends via a rhythm game which functions in a similar manner to Guitar Hero.

In the rhythm game, Mae and her friends belt out a song while the player taps the requisite buttons as they appear on the screen. The song, Just Want to Die Anywhere Else, matches the game’s theme with lyrics describing the feeling of being trapped in a small town wishing you could "die anywhere else."

In a way, the rhythm mechanic in the mini-game also helps immerse you in the story as an additional character. Night in the Woods focuses primarily on Mae’s unique perspective of Possum Springs and the way she rediscovers herself after returning home. However, in the mini-game, you’re able to tie everything together as Mae’s fifth band member and companion.

It's a nice feeling knowing that you’ve not only accompanied Mae through her journey, you’ve also helped her create music and reconnect with her friends. It’s a moment that’s quickly becoming a favorite for Night in the Woods players thanks to its brief departure from the game’s narrative-driven focus.