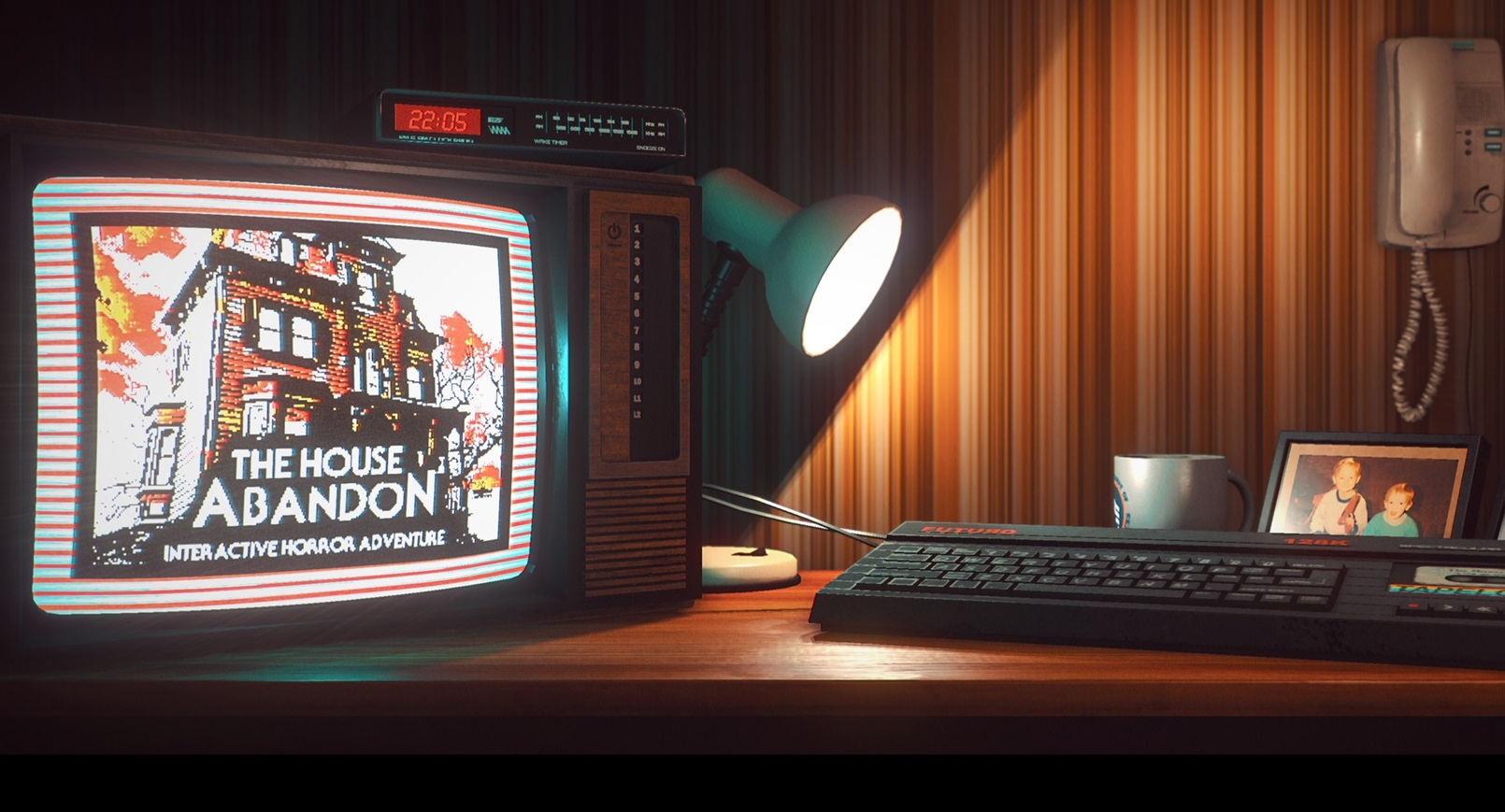 The game features a distinct 1980s aesthetic and a creepy glowing orb that follows you around as you explore each story.

If you feel Stories Untold gives off a Stranger Things vibe you aren’t too far off, as the game’s poster was created by Kyle Lambert, who also provided the artwork for Stranger Things.

While the creepy teaser trailer doesn’t reveal too many details, you're able to get a feel for the game ahead of time by downloading The House Abandon on itch.io for free.

The House Abandon offers an interesting “game within a game” experience, telling the story of a character perched in front of a retro computer to play a game. Instead of viewing the computer’s text-based adventure game as a whole, however, you retain a view of the desk around you topped with photos and an old-fashioned CRT TV.

No information has been given for the other three stories, so you’ll have to wait until Stories Untold hits Steam on February 27th to learn more.