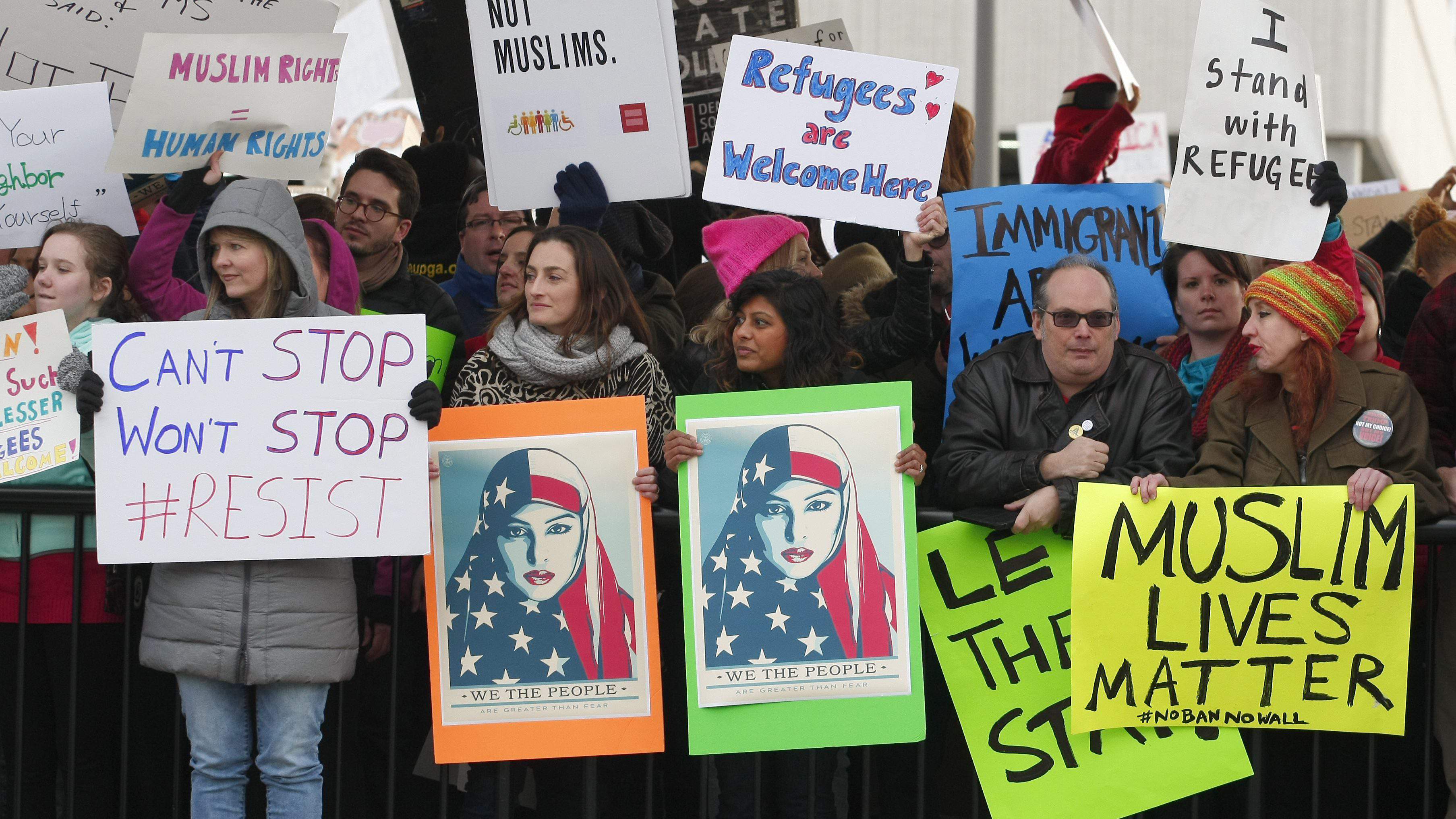 Is Trump's Travel Ban Turning the USA Into a Modern Papers, Please?

7 Most Infuriating Things Players Do in World of Tanks

Number three will make you get out of your tank, get into your ally’s tank, and beat them to death with their first-aid kits.

Note: The opinions drawn below are my own and are in no way related to game designer Lucas Pope.

In the United States, we can’t help but voice concerns over the direction our country is headed. Whether you approve of the current political climate, disagree, or find yourself rooted firmly in the middle, President Trump’s legislative actions affect everyone.

Most recently, Trump’s controversial 120-day travel ban brings up several key issues of wrongful profiling. Namely, does barring passage of refugees, green card holders, and those with valid visas from seven predominantly Muslim countries unfairly single out particular groups of people? Yes, and I’ve seen this before in the virtual realm, specifically with the indie game, Papers, Please.

Are We Living in Arstotzka?

If you played through Papers, Please, you’ll notice a startling similarity between the extreme vetting process used to approve passage to the fictitious country of Arstotzka to the one we are now focusing on here at home.

Playing as an immigration officer at a border checkpoint between Arstotzka and Grestin, you receive a vague overview of the political climate that surrounds your job via daily newspaper reports.

At the time, the importance of your position doesn’t affect you nearly as much as the need to provide for your family. With their wellbeing in mind, you go through the motions of rejecting individuals who fail to meet the day’s assigned criterion. On day 1, for example, you’re only allowed to approve passage to Arstotzkan citizens.

As you proceed through the game, the criteria changes and becomes increasingly complex in regard to who you can allow beyond the border. Then, things teeter on the invasive when full body scans are implemented to verify the person’s gender and interrogation comes into play, among other severe means to cross-check identity.

To top it all off, you’re pulled into a devious plot from the organization, EZIC, which requests your help in organizing a coup to overthrow the current Arstotzkan government.

Do you accept their bribes and look the other way, or do you continue to do your job? The decision centers on the question of duty... both morally right or wrong.

One argument made by conservative supporters of President Trump is that we lock our homes and secure our possessions, so how is increasing travel security any different? Well, we already have a tough vetting process in place. On top of that, a large majority of those seeking asylum here in the U.S. are refugees from countries like Syria.

These include women and children seeking to flee a country where their homes and lives were systematically destroyed. They simply cannot "go back where they came from." In life, turning someone away has real and inescapable consequences.

The argument that allowing them entry may increase domestic terrorism is rocky, with as little as one to ten percent of attacks on U.S. soil perpetrated by those of Muslim origin. Not only that, but the countries included in the new travel ban do not include places that have outright attacked us, such as the 9/11 hijackers who hailed from Saudi Arabia, United Arab Emirates, Lebanon, and Egypt.

Furthermore, look at the horrendous Orlando Pulse nightclub tragedy, which left 49 innocent Americans dead. The gunman? A U.S. born citizen of Afghan descent, and yet again, Afghanistan is missing from the list of banned countries. What kind of message does it send when these countries are inexplicably absent from the ban?

The question remains, will immigration restrictions like the new travel ban make us safer, or more antagonistic and paranoid? Labeling Muslims as the penultimate "other" serves only to divide us as a nation. Life is not as easy as the game, Papers, Please, where you can restart and alter the outcome.

Following the new travel ban, hundreds of thousands of protesters and lawyers rallied at airports across the globe, with signs pleading, “Let them in!” Meanwhile, folks from the other side of the fence flung their own protests and insults. When our system of checks and balances halted President Trump’s travel restrictions, a wave of outrage roared from his supporters.

Yet, these checks and balances serve as a crucial staple to our country's stability, and have ever since they were put into place by the Founding Fathers. Is there a middle ground we can reach to satisfy both sides of the issue? Well, perhaps there’s a way to promote safety while also lending a hand to those in need.

Take, for example, four-month-old Fatemah Taghizadeh, who was on her way to Oregon for open heart surgery before she was denied entry due to President Trump’s travel ban. When representatives like Suzanne Bonamici stood up and defended Fatemah’s right to receive the lifesaving surgery she so desperately needs, a slew of hateful comments arose in response.

How could we as a country get so riled up that we’re willing to take pot shots at a sick infant? Calling her “terrorist” or “monster” purely based on her country of origin? This kind of behavior doesn't solidify or justify the ban. Instead, it calls into question the reason for its creation in the first place.

This goes beyond the simple confines of Papers, Please, where the game’s rigid structure cannot be argued with. If you make a mistake in the game, you can restart with a fresh perspective, whereas in the real world, our decisions could affect not only the nation as a whole, but also the lives of innocent children like Fatemah.

Like it or not, we’re not only living in a modern Arstotzka. We’re living under a veil of fear. If we’re going to block certain countries, we need to add those who caused definitive harm, as listed above. And if we’re going to employ even more restrictive vetting, we must also show compassion for sick children and frightened family members. Otherwise, we’re left to blindly stamp “Accept” or “Reject” on the papers of millions in need.

We will endure, but our reputation as a country founded by immigrants hangs delicately in the balance. It’s time to rethink our approach and work together, rather than against each other. Because like it or not, we are a melting pot of diversity, one which includes our Muslim brothers and sisters.