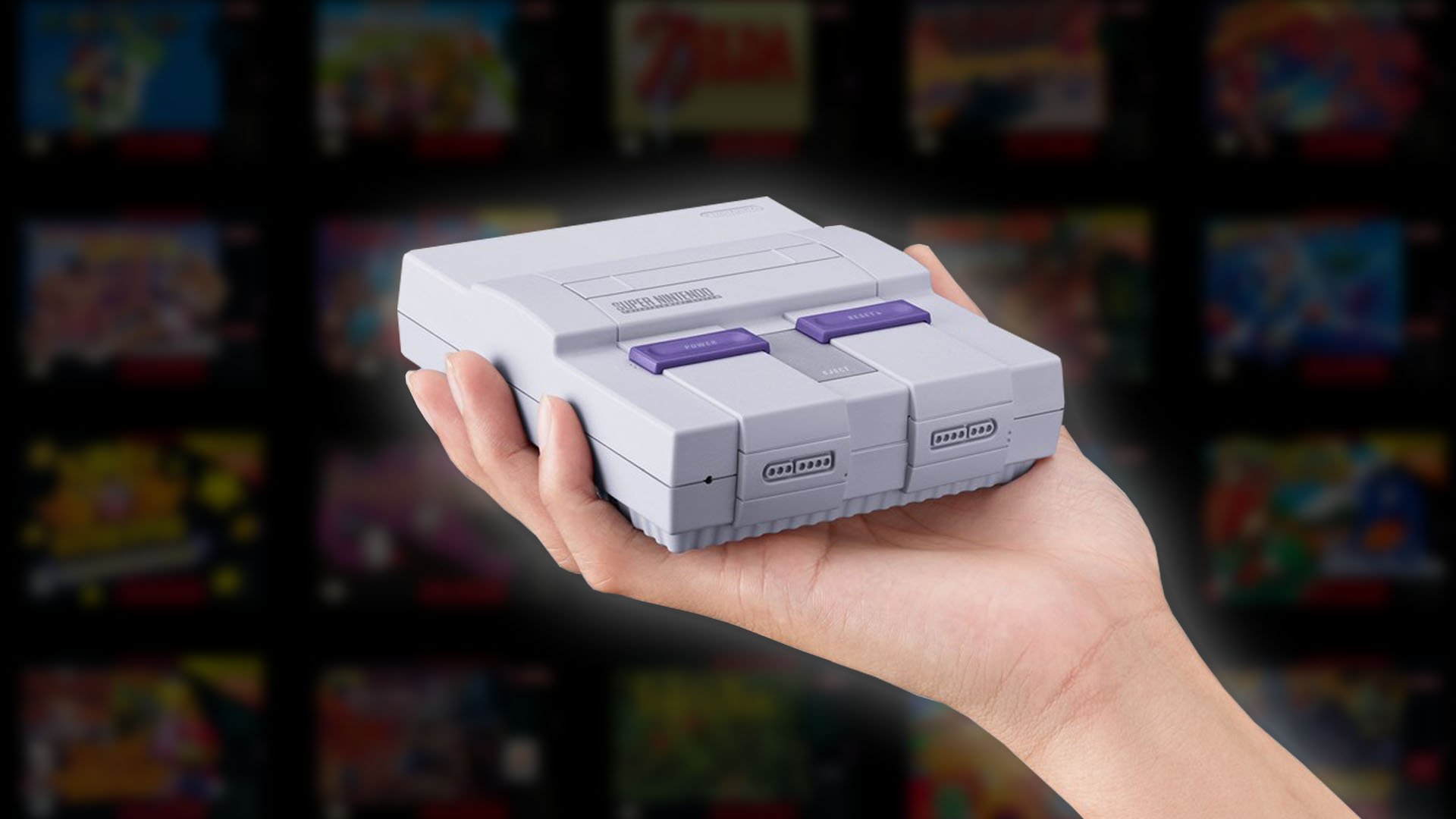 Picture the scene: we're 10 hours into Final Fantasy III and we've just completed the amazing operahouse sequence, so we're basking in that classic video game feeling: one part delight at a surprising turn of events, one part satisfaction at our accomplishment, and two parts admiration for the developer's ingenuity.

The next evening though, the game won't start, so we turn it off and on a couple of times until it does. We only realise our mistake when we get to the load screen: our save files have been wiped by rapid restarts. There is nothing to do but start again. Suddenly our desire to play all the old classics on original hardware feels a bit silly.

Here comes the SNES Classic to save the day. We're already well into our second attempt at Final Fantasy III (Final Fantasy VI in Japan) and playing it on SNES Classic means you can add an extra part to our cocktail of feelings from earlier: the comfort of knowing that we not only have several save files on the go, but Nintendo's new hardware allows us to save anywhere and even rewind up to a minute of gameplay. We may never lose a boss fight again, let alone a save point. There are still some drawbacks to Nintendo's growing "Classics" range, but on the whole this is fan service at its very best.

Let's start with what you get. The SNES Classic feels like a collector's item from the moment you grasp its rich, colorful packaging, featuring box artwork for every title. Inside you'll find the comically tiny console itself, a near-perfect replica of the original system, with HDMI and USB ports on the reverse, and a front flap that hides two Wii-style joypad connectors.

Like the NES Classic, the SNES Classic is compatible with a Wii controller, but this time Nintendo was smart enough to include two new controllers in the box - each a perfect replica of the Super Nintendo controller, except for a shorter cable (45 inches) terminating in a different connector. This is one of the few drawbacks of the system: 45 inches is more than the 30 inches of the NES Classic, but still means you'll end up buying an extender or sitting on the floor. Doing the latter has an air of nostalgia to it, but our ageing backs aren't quite up to playing 60-hour RPGs in this position.

We also feel the decision not to include an AC adapter is a bit stingy. While we have a spare iPhone USB plug we can jack the thing into, and it also charges from a variety of other sources - you could even run it from a more modern console - there's no reason not to provide a plug other than cutting costs. The SNES Classic feels good value at $79.99, but our bank manager might respectfully suggest we give Nintendo enough money every year without being squeezed in this way.

We're quibbling though, and these sour notes are forgotten as soon as the system blinks silently to life and we start scrolling through the carousel of available games.

This really is an incredible range of games, and we could write thousands of words about each of them, but instead we'll try to limit it to a couple of sentences:

Phew. There are so many games on the SNES Classic that we obviously couldn't complete them all, but we tried everything and compared a few to our classic cart collection side by side and were very impressed by the emulation. The SNES Classic offers three viewing options - CRT filter, which replicates the scan lines of old TVs, 4:3 and Pixel Perfect - and once you settle on the one you like, you will often forget you're not playing on real hardware.

Even with 21 games, the SNES Classic is bound to attract criticism for missing a few big hitters. Chrono Trigger is probably the most disappointing omission, although RPG fans can hardly claim they're not catered to, and we personally would have liked to see R-Type III, while others have mentioned Rock 'n Roll Racing, ShadowRun and Super Bomberman.

The truth is that the SNES had such an incredible catalogue of games that choosing just a few was always going to be painful. The 21-game limit is still arbitrary, of course, and we expect hackers to get the whole catalogue on there soon, but Nintendo had to draw the line somewhere, and this isn't a bad result.

Do a barrel roll again?

The one game on the list that deserves slightly more discussion is Star Fox 2. Canceled after it was completed due to the impending launch of the N64, this is the first time anyone's been able to play it officially, and Nintendo plays up its unusual history by gift-wrapping it on the game-select screen and asking you to play at least the first level of its predecessor before trying it. Loading it up for the first time feels like an event.

In the end, all the ceremony feels a little overblown when you actually get to play Star Fox 2. We loved the simplicity and foreboding of Star Fox - the sense of charting a path through a brutal galaxy as we shot our way through lengthy, often challenging levels. Star Fox 2 brings the battle to you instead - you're essentially defending Corneria, which takes chip damage from missiles and will end your game if it's 100% destroyed before you can neutralize aggressors. Action is split between ship-to-ship space combat and land battles where you can morph between walker and arwing.

It's also not very difficult on its initial setting, and with short missions that we rarely had to retry, we saw the end credits in way less than an hour. Presumably the idea was that you would replay the game over and over, but while it's novel to play this previously unseen game once, we're not sure we'd prioritize a victory lap over revisiting other titles on the selection screen. All in all, Star Fox 2 graduates from bootleg to curio, but we doubt it would be on a list of classics were it not for its strange history.

Now you're playing with power!

A few quirks aside, the SNES Classic lives up to the hype, offering access to some of the best games of an influential console generation and treating them with the sort of respect and affection only Nintendo can. The screensaver is a great example of this - leave the system alone for a while, and Mario pops up and starts watching clips of gameplay associated with your suspend points. Taking the new 'save anywhere and rewind gameplay' feature and turning it into a character moment is quintessential Nintendo, and exactly the reason these new Classics have become such hot property.

Hopefully Nintendo can keep the stock flowing this time, because everyone deserves to experience one of the golden generations of gaming, and this is a great way to do it.