Name the tank and its main gun in this week's Name That Tank, and you could win a prize! 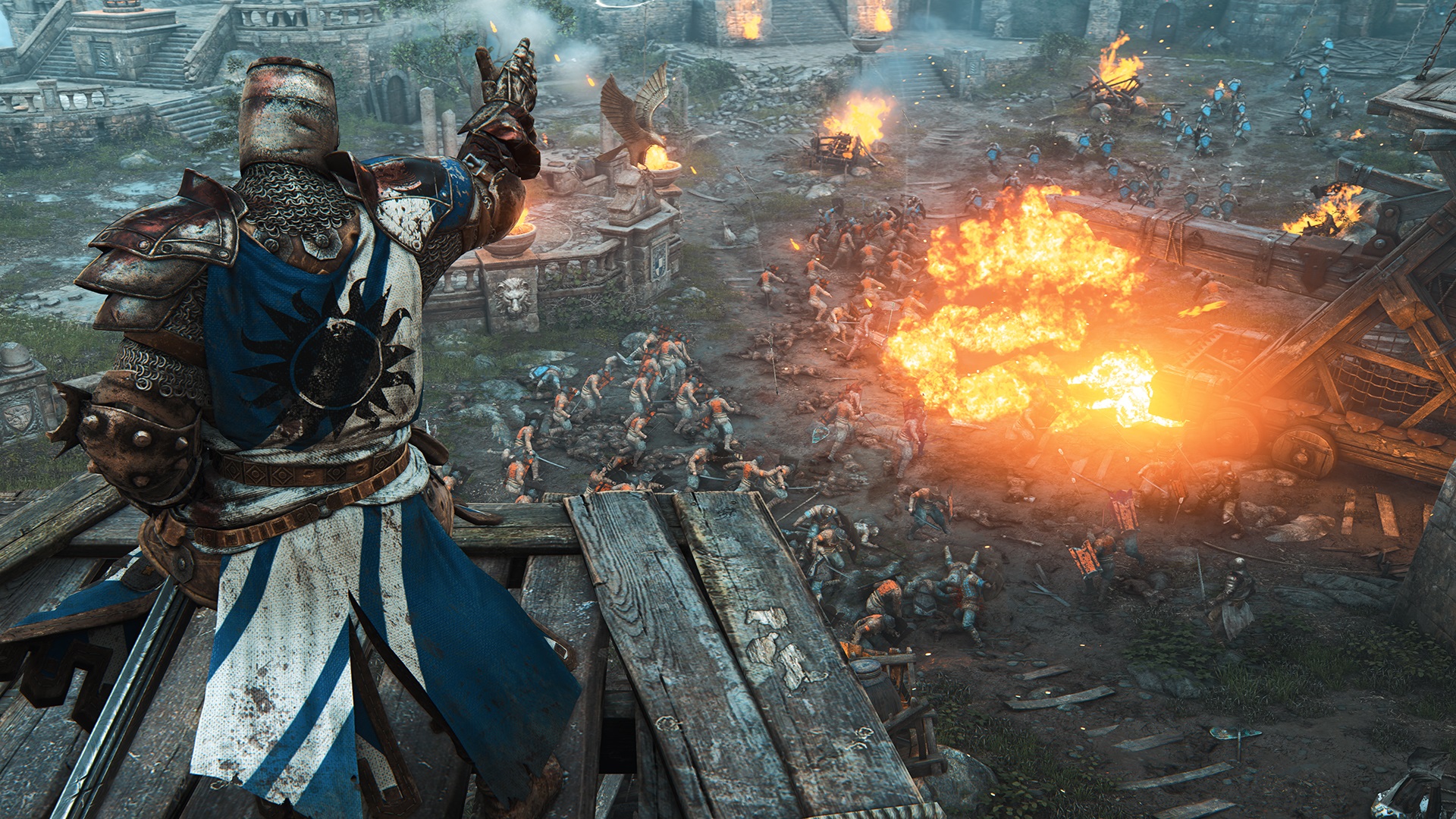 Why Chivalry Fans Will Love For Honor

While For Honor may be one of several highly anticipated AAA releases coming this February, it’s one that fans of Torn Banner’s popular indie staple, Chivalry Medieval Warfare, will be watching a bit closer than the rest. This is because the two games harbor striking similarities to one another.

Although, some would argue that Chivalry: Deadliest Warrior is a better comparison… aside from the fact that Deadliest Warrior didn’t exactly go over well with hardcore Chiv players. Or anyone, for that matter (we’re just being honest here).

Which is all the more reason to check out For Honor as it delivers an updated, reliable foundation to the hack-and-slash genre that Deadliest Warrior failed to

This isn’t to say that Deadliest Warrior was a bad game. It simply failed to live up to player expectation thanks to classes that were poorly balanced, subpar performance, and slim player base, among other issues. This doesn’t appear to be the case with For Honor.

In For Honor, players take control of historical fighters from every corner of the globe including Vikings, Samurai, and ever-popular class of Knights. On top of this, female fighters will make their way onto the battlefield, adding a more diverse experience to the one players have grown to love in games like Chivalry.

Bots will bump up the number of enemies you can slice and dice, and the addition of perks and buffs will introduce new avenues of carnage to the fray. Plus, For Honor’s updated graphics are a welcome sight (pun intended).

As enjoyable as Chivalry is, the graphics have become dated over the years, and the map diversity (despite recent player-created additions) can begin to feel a little tiring and familiar.

Changing up the scenery and graphical integrity is never a bad thing. Finally, For Honor will include a single-player campaign. Something entirely foreign to Chivalry.

Until Torn Banner releases their next project on the Unreal 4 Engine, Mirage: Arcane Warfare, For serves as a worthy experience for Chivalry lovers to explore. At least, this is what I firmly believe. I’ve put over 500 hours into Chivalry Medieval Warfare, and I continue to return to the game every so often.

Chivalry Medieval Warfare has always been one of Steam’s best-kept secrets. One that has retained a loyal player base long after its initial release in 2012. When I did a little digging into For Honor, I was genuinely surprised at how close it felt to my favorite go-to Steam game.

Of course, that isn’t to say there aren’t noticeable differences scattered throughout For Honor. However, it’s the core premise that intrigues me. Keeping the same focus on weapon timing, combos, strategy, and pure medieval bloodshed that made Chivalry so popular.

If you’re like me and are open to experimenting with a new Chivalry-like experience, be sure to try your hand at For Honor when it releases for the Xbox One, PlayStation 4, and PC on February 14th.