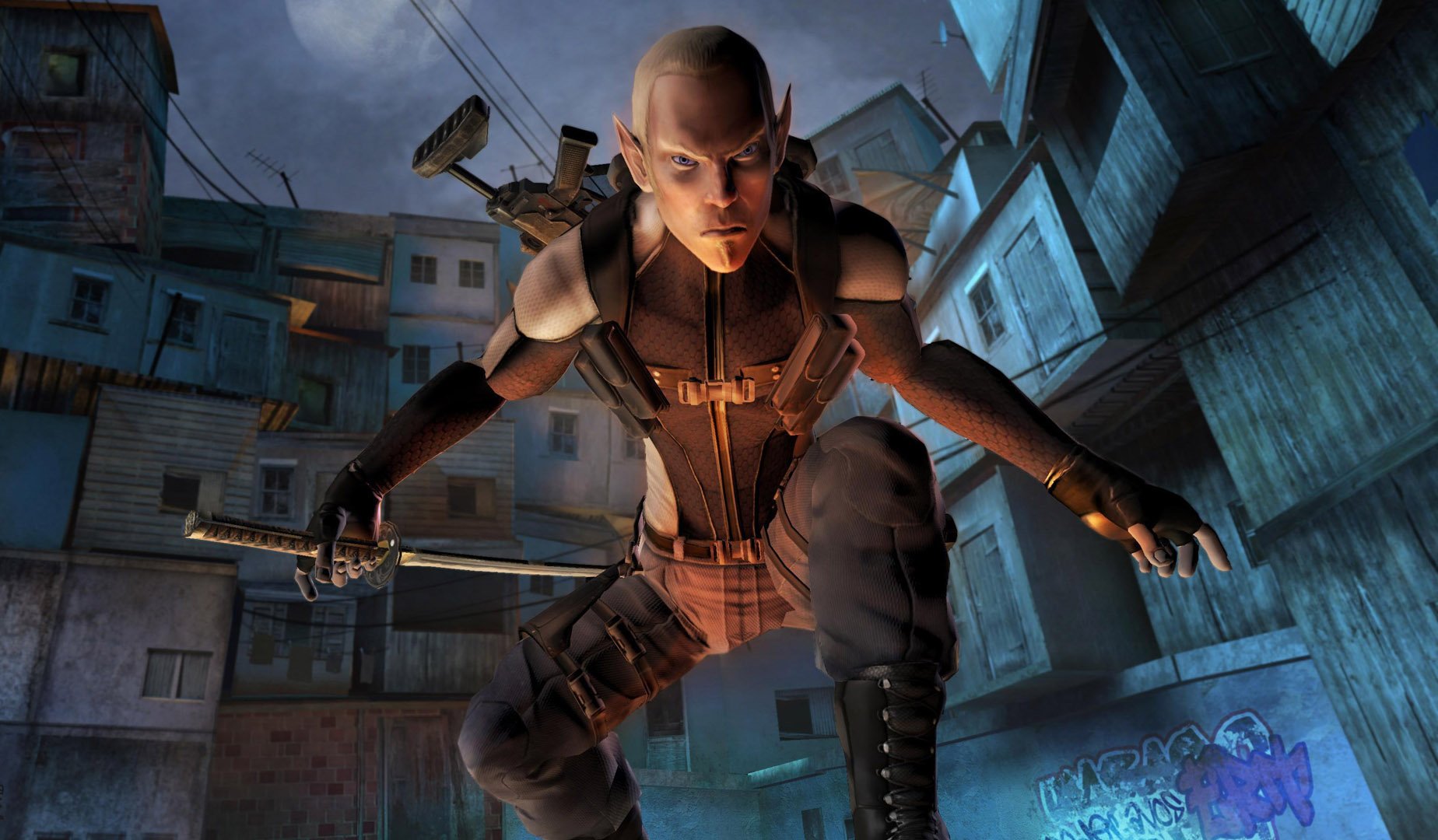 Why the world needs Shadowrun 2

Stop right there. I’m talking about the Shadowrun game that Microsoft released in 2007 on Xbox 360 and Games for Windows Live. Yes, we need another one of those. If you’re still reading, you either strongly agree with me or you think I’m mad and want to see how this unfolds before finding out who let me write this in the first place.

Shadowrun, developed by the now defunct FASA Studio, launched to some, shall we say, unsavory opinions. The game was systematically blasted for daring to use the beloved Shadowrun name while throwing away everything Shadowrun stood for – namely turn-based combat, RPG elements, and good ol’ lore – instead it was a first-person shooter that used arena combat and borrowed from Counter-Strike.

At this point, there are typically two types of people, those who will fervently defend all the negative press Shadowrun received, and those who weren’t as myopic and could judge the game on its own merits. While the game certainly had its shortcomings, it was nowhere near the failure that the reviews made it out to be.

If anything, Shadowrun was ahead of its time. The entire selling point of the game was its multiplayer-only experience, which pitted two teams against one another in a deathmatch, capture the flag-like mode, or a one-flag-for-all mode, divided into numerous rounds. What set it aside were the class selection, as well as its unique use of weapons, tech, and magic, all of which needed to be purchased and then managed against the resources available to you.

Humans could use as much tech as they wished, and started with more money. Elves could regenerate health while also having large amounts of Essence (mana). Trolls were physically stronger, albeit slower. And Dwarves could absorb Essence from their surroundings, but their own stocks regenerate slowly. Every class had its own niche to fill, but part of the excitement was figuring out whether you wanted to stray and experiment.

Shadowrun employed a similar buy-menu to Counter-Strike, where, at the start of every round, players were given a few moments to purchase their gear. Assault rifles, submachine guns, gliders, anti-magic grenades, auto-aimers, teleportation, and resurrection magic were all fair-game in Shadowrun.

This left the game feeling like a fantastical game of CS:Source, but with hacks. Players could purchase enhancements that would improve their accuracy, enemies would teleport through walls, meanwhile someone would summon a demon on an objective. What was important is that it never felt unfair. You knew that someone could only teleport 10 meters in one direction, which would consume four charges of Essence, meaning they couldn’t spam it or teleport from across the map. At the same time, the aim-bot couldn’t aim at the head, but it would lock onto the body.

The fact players could choose their own race, and then build their arsenal of weapons, tech, and magic around it meant Shadowrun was a quasi-class shooter that, if released today, could give Overwatch a run for its money. Unfortunately, Shadowrun released in a time where multiplayer-only games were ridiculed, and unless you had a singleplayer campaign, no one would take you seriously. Outside of Counter-Strike and the unreliable release of Unreal Tournament games, there weren’t really any multiplayer-only games for console.

Further cementing the fact Shadowrun was ahead of its time was its cross-play ability, where Xbox Live and Games for Windows Live players could verse one another. It brought two communities together and probably kept the game alive for longer than if the two groups had been segregated.

Fast forward ten years, and we’re in a time where online-only multiplayer shooters are all the rage. With the likes of Overwatch, Rainbow Six Siege, and PlayerUnknown’s Battlegrounds dominating player’s times, now is the perfect opportunity for a reboot of the franchise. Though, in order to compete, more modes, and a distinct division between them, would be needed, as would further customization options in the form of loot crates – which seem to be something we have to live with now. And then there are the controls, which these days feel floaty and dated, with too much down time between casting an ability, it displaying, and you being able to do another action.

In saying all this, any sequel would likely be wise to divorce itself from the Shadowrun name, lest fans of the SNES, SEGA, or pen and paper game struggle yet again to come to terms with the fact that their precious franchise is trying something new.

Though it didn’t hit all the marks that made Shadowrun popular in the 80s, the Shadowrun that was on offer back in 2007 was pretty reasonable for the time. It boasted a handful of classes that could be further expanded through customizing your arsenal, two gamemodes (three if we're being technical), and a dozen maps. Unfortunately, for Shadowrun fans it was dreadful, but for those who had no experience with the franchise or were simply interested in giving it a go, Shadowrun from 2007 was an above average shooter that would do well to have a modern sequel, especially now that its had its ten year anniversary.