We'll get you caught up on Night 4 of WGLNA Season 2. 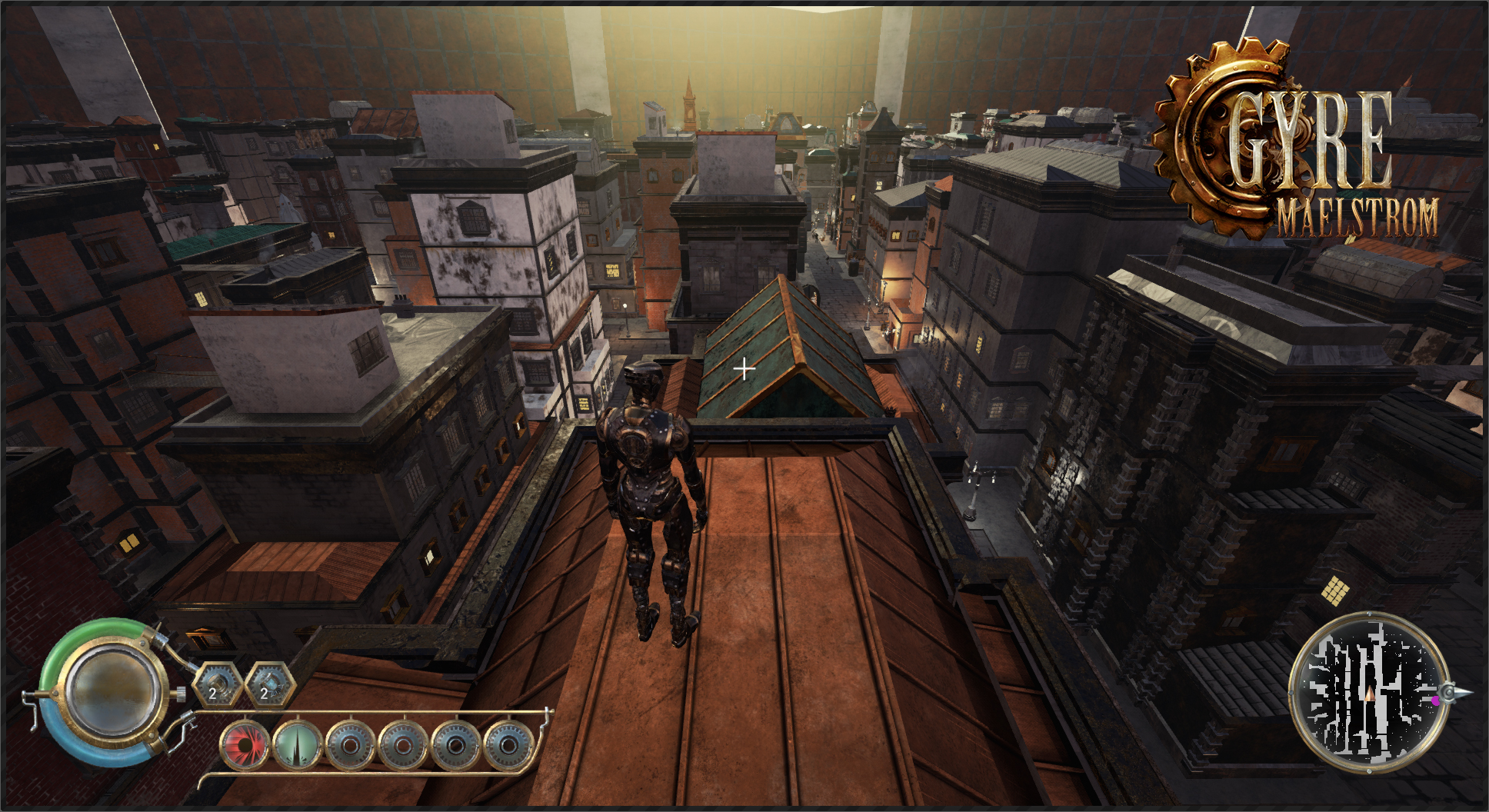 Here's our picks for the best war movies, ever.

Last week, we shared the exciting news that Gyre: Maelstrom by developer Evodant Interactive is now officially up on Steam's Greenlight program. Excited about the recent update, we found ourselves curious to know more about both the game and the talented team behind it. Thankfully, Evodant Interactive's Dwayne Rudy (creative director/technical lead) agreed to answer a few of our burning questions.

Read on to learn more about Gyre: Maelstrom and the passionate development team at Evodant Interactive!

Q: We first chatted with you guys about Gyre: Maelstrom at E3 2016, we’re curious to know how the development of the game has come along since then?

"We knew going into production there was going to be a fair bit of technical R&D on integrating all the procedural systems together and with , our engine. There is also parkour gameplay that presented some additional issues. We’re using Unreal 4 as the core engine and its animation system works very well for certain types of gameplay. The way we wanted to showcase parkour in the game though uncovered some challenges.

"So, we’ve created new animation subsystems that will allow us to create smooth parkour gameplay in a procedural, dynamically constructed environment. As an indie team, resources are always a challenge to the production. Our current team is outstanding, and we’re hoping to add a few key people in the next few months. If we could add to our headcount, we could address our backlog of tasks including a multitude of art assets that go into the city generation at game start."

We’re very excited to hear that Gyre is making its way to Steam Greenlight. How do you feel about seeing your game up on Steam?

"We were both excited and apprehensive. It’s a milestone for us as we prepare for a Steam Early Access release (pending Greenlight acceptance). Given the breadth and depth of possible options with our dynamically created story and characters, we really want to get the game into the hands of our fans to help us fine tune gameplay."

"We believe Steam Early Access is a great way to make that happen while supporting our continued development. So while we’ve had great support on social media for the game, we hoped that would carry over to Greenlight and so far it has."

Will Gyre: Maelstrom be releasing to Steam Greenlight as an Early Access title?

"Yes, we’re hoping to enter Early Access, which normally means a game in Alpha or Beta state and an unfinished product. Sometimes folks forget that and we’re a little apprehensive as to how best to ensure we set the right expectations for fans."

Will Gyre be available on other platforms outside of Steam?

"We’re still confirmed on PS4 (expecting Xbox as well), but naturally the console process is more arduous than a PC release. Since the environment is dynamically constructed and not designed and baked, we have a fully dynamic lighting model in the game."

"That has its challenges on lower end hardware so we expect to conduct a fair bit of optimization before hitting console to ensure we hit at least a consistent 30fps."

Can you explain a little bit more about the expansive freedom players have in the world of Gyre?

"Players can roam the city freely and in their travels will encounter individuals and groups with their own agendas who initiate events. Those agendas take shape shortly after the player begins their game and are triggered by the player’s actions and choices. Soon, the player will begin to see the formation of a story arc, possibly overt, possibly covert."

"It really depends on how Toska interprets the player’s actions as a character. The player has the freedom to pursue interesting events and story arcs, which may shift or merge based on player choice and NPC goals."

What was the most challenging part about Gyre: Maelstrom’s creation?

"Actually planning and resources. We went through a few different planning pipelines and toolsets. Even on an indie there needs to be a solid production pipeline, communication, and accountability. For Gyre especially, most of the systems are procedural and therefore highly integrated so it’s not uncommon to have full team meetings to discuss a gameplay element from design through implementation."

Do you have any DLC planned for Gyre: Maelstrom down the line?

"By having a procedurally crafted game, the ability to add new content is something we always planned to have. Not just graphical assets but also NPC archetypes and even extended story plots."

For Gyre, you created your very own game engine. What was it like building a game engine like from the ground up?

"To be clear is not a game engine like Unreal. Toska is a engine, and the use of 'engine' is similar to that of something like the Havok Physics Engine where it implies it’s a fundamental component of the entire system."

Will the Engine be used in future Evodant Interactive titles?

"Definitely! Gyre was meant to tell an overall story, some clues of which the player may discover in this first title. Beyond that, we’ve also been approached by a few studios interested in having Toska integrated into their games."

Both Gyre and the Engine reflect an impressive level of hard work and dedication. As a small indie studio, how do you guys balance the time between project development and your daily lives?

"We absolutely loathe crunch as a normal process and have only had to ask the team to stay late on two occasions in advance of big milestones. We never wanted to build a team or schedule around the maximum number of hours a person could consistently work in a week. Productivity actually isn’t improved by burning out your team."

What are your thoughts on the indie game scene as we move forward through the 2017 calendar year?

"We’re seeing the graphic fidelity continue to improve as more and more titles look more artistically refined. As always the indie scene continues to push boundaries where the larger companies can’t risk it. There are more solutions available out of the box and this helps both the big studios and the indies. But the lion’s share of risk and innovation remains with the indies."

What would be your main piece of advice to aspiring indie developers?

"I’m fortunate in that I have background business operations in additional to the technical side. So understanding the business and marketing side of operations I believe is crucial for indies that want to make a real go of it."

"My advice would be to understand the need for marketing, plan out your product and production, track your metrics and pivot when needed. Creating a game is good to show you can complete a game. But if you want to be memorable, find something new, something only you can do."

With Gyre being such an integral part of your lives for over a decade, how does it feel to know that soon, gamers will be able to dive into the world of Gyre for themselves?

"I feel above all things, we are very curious. Curious about what stories people will create and how will adapt to create those narratives. This is a completely new form of gameplay that is unscripted and dynamic throughout. So we’re really interested in knowing how the industry will react to what they see."

What is your biggest hope for Gyre moving forward?

"We really want RPG players to enjoy this new experience in storytelling so we’re hoping to expand our fan base and spread the word."

"We are expecting to be at E3 this year and showing off the latest gameplay."

You can also recap Indie Obscura's previous coverage by reading through our initial preview of Gyre: Maelstrom.