The Games with Gold May lineup brings Marooners and The Golf Club 2019. 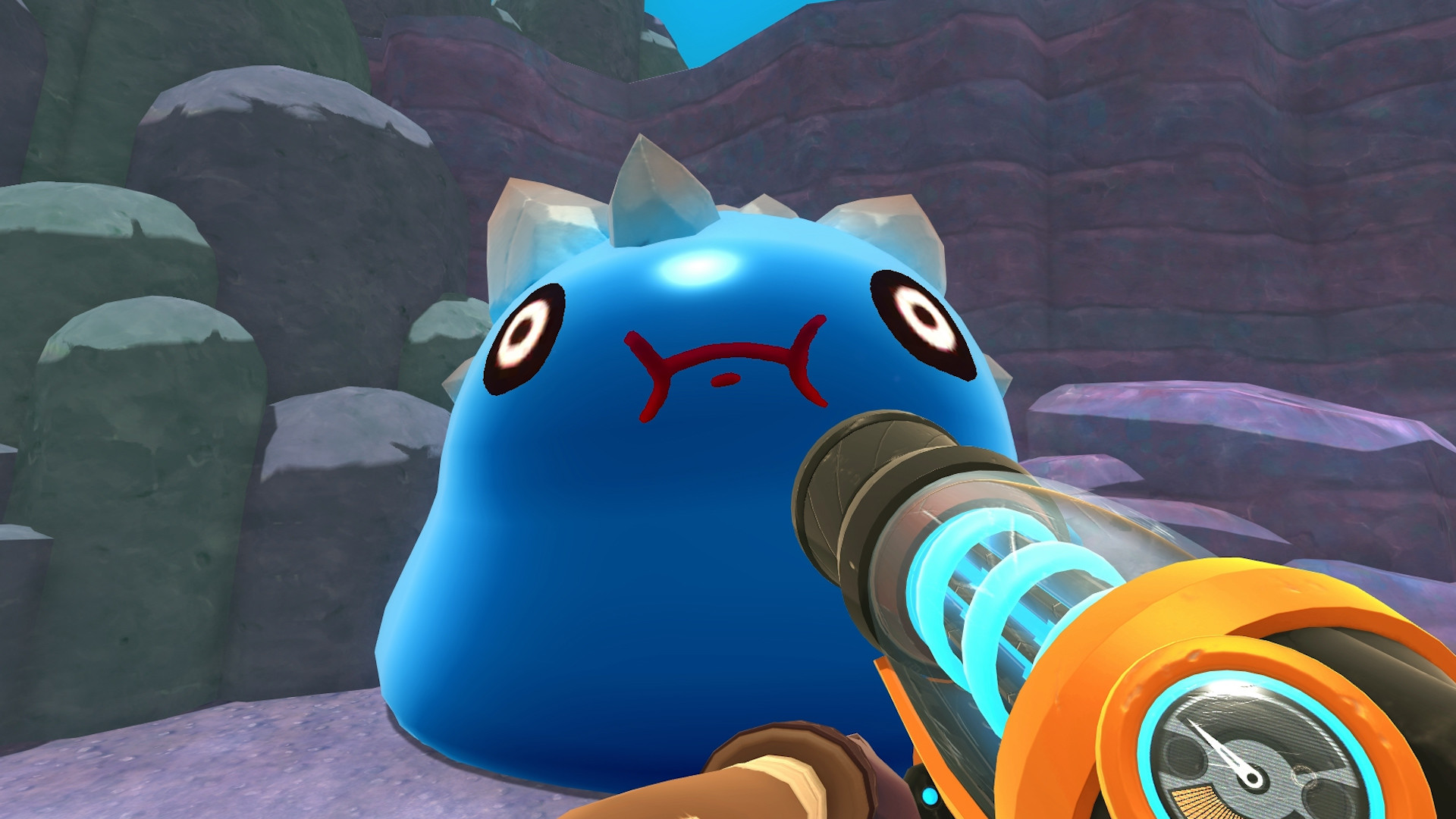 Valve unveil their latest VR headset, the Index, with hints of a flagship game later this year.

Gordo Slimes are the gigantic and adorable slimes that you’ll find hidden in various locations throughout Slime Rancher. They're a manifestation of many slimes of the same kind that have come together and mutated into one huge and very hungry slime. Hence the name, Gordo! In this article we'll teach you all the Gordo Slim locations in Slime Rancher.

To burst a Gordo Slime, you’ll have to feed it until it explodes. This can take quite a lot of food and quite a lot of time but is worth the effort because of the many precious things they hide. Below is a list of the Slime types as well as all Gordo Slime locations. If you've been wondering "where are all the Gordo Slimes?" then we are here to help! Gordo Slimes drop Slime Keys and other items when they burst, which can be used to unlock various Slime Gates throughout Far, Far Range.

There are two Pink Gordo slimes located in the Dry Reef. One is located at the end of the wooden path in the lake near the beginning of Dry Reef (you can see it when looking down from the cliffs). The other one is on the way to the top of the Ring Island. To reach this second Pink Gordo, you must pop the Tabby Gordo outside of the Overgrowth ranch expansion to teleport to the island.

Pink Gordo Slimes don't have a food preference, so just feed them any food you've got and they'll eventually burst. Popping these will cause them to drop a Slime Key.

There are two Rock Gordo slimes located in Indigo Quarry. The first one is after the cave entry tunnel at the back of the area. The other is beyond the broken bridge. Use the ramp on the side to find the pit with the Rock Gordo.

Instead of Slime Keys, Rock Gordo Slimes are among the few Gordos that drop Teleporters. One will make access to your ranch easier, and the other will give you access to Volcano Island.

There’s two Tabby Gordos hidden around the Dry Reef. Head toward the bridge that takes you to Moss Blanket. On the right, you'll see a Tabby Gordo Slime in a small alcove just before the wooden bridge. Popping it will allow you to access a teleporter that takes you back to the Ranch.

There’s only one Phosphor Gordo and it can be found hidden along the edge of the end of Dry Reef inside of a cave. Head through the short tunnel that separates the two main sections of the Dry Reef. Before going to the second area where the Tabby Gordo is located, walk to the wall on your left and jump over. You'll land on a narrow path below that leads to a Slime Door, but don't go that way. Instead, turn around (face away from the Slime Sea) and behind you will be a cave with the Phosphor Gordo inside. The Phosphor Gordo Slime will drop a Slime Key when fed enough food (Cuberry is its favorite).

The Rad Gordo Slime is radioactive, which means it can harm you with radiation. The Rad Gordo can be found inside a cave beyond where you found the Rock Gordo. Starting where you found the first Rock Gordo in Indigo Quarry, exit the cave and pass through the area with the Puddle Slimes. Use your jetpack to clear the large gap ahead and continue through the hazardous zone to the left.

Jump across the next set of pillars and wooden paths to reach a short tunnel on the other side. Go through the short tunnel to reach the next area, which has a pool of water on the right. Instead of going up the ramp, turn left through the passage, and continue through the left cave. You'll find the Rad Gordo at the end of the tunnel.

The more you feed this Gordo, the more irradiated the area will become. Keep an eye on the green radiation meter on your display as you feed the Rad Gordo. Feed it Oca Ocas to speed up the process and prevent it from releasing too much radiation. When it pops, the Rad Gordo drops a Slime Key, several crates, and some Rad Slimes that continue to irradiate you.

To find the Crystal Gordo in Slime Rancher, you must first pop the second Rock Gordo in the Indigo Quarry, revealing a Teleporter. The Teleporter lets you travel to a volcanic island called Ash Isle. Once you're at the island, pass through the cave ahead of the teleporter. Follow the spiral path leading up to several higher ledges above. At the top, use your jetpack to hover across to the landing area. The Crystal Gordo can be seen sticking up from inside the stone ring ahead. Crystal Gordos like Odd Onions, but any veggie will do.

You can find the Honey Gordo on the west edge of the Moss Blanket, located on top of a flower-covered plateau. Enter the Moss Blanket by dropping down the hole, then head west. Go all the way to the left edge of the area, and look on your map for a patch of pink flowers near the water just before the broken wooden bridge. Jump up and use your jetpack to reach the plateau. Feed the Honey Gordo some Mint Mangos to get it to pop quickly, otherwise any fruit will do the trick. The Honey Gordo drops a Slime Key when it explodes.

The Boom Gordo Slime is found towards the end of the Ancient Ruins area. From the first archway, you can look down and see the red rear of the Boom Gordo through the crack in the wall down below. Activate a switch on the platform across the gap, and then drop down beneath the archway. Go through the round doorway, then follow the wooden ramp towards the water. Jump up and to the left to reach the platform with the Boom Gordo. You may have to activate the previous switch first.

Feed the Boom Gordo a ton of Briar Hens or other meat to make it go boom! When it bursts, it will drop a Slime Key, crates, and several smaller Boom slimes.

To find the Quantum Gordo Slime, make your way through the Ancient Ruins until you reach the final archway by the Glass Desert portal. From the portal, face the stone wall on the perimeter of the ruins, then drop down off the edge of the ruins near the corner. There is a skinny path you can land on just before the Slime Sea. At the corner of the path, you'll find a well-hidden alcove containing the Quantum Gordo Slime. Feed the Quantum some Phase Lemons to make it pop and drop a Slime Key.

Gold Gordo slimes differ from other Gordos in that they must be captured instead of found in the wild. To get a Gold Gordo slime, you must first find Gilded Ginger, a rare veggie that only spawns once a day in the Glass Desert. You will then need to construct a Master Gordo Snare to attract the Gold Gordo. Put a Gilded Ginger into the snare, and wait a while. By the next day or so, you should have caught yourself a Gold Gordo. Feed it more Gilded Ginger to get it to pop.