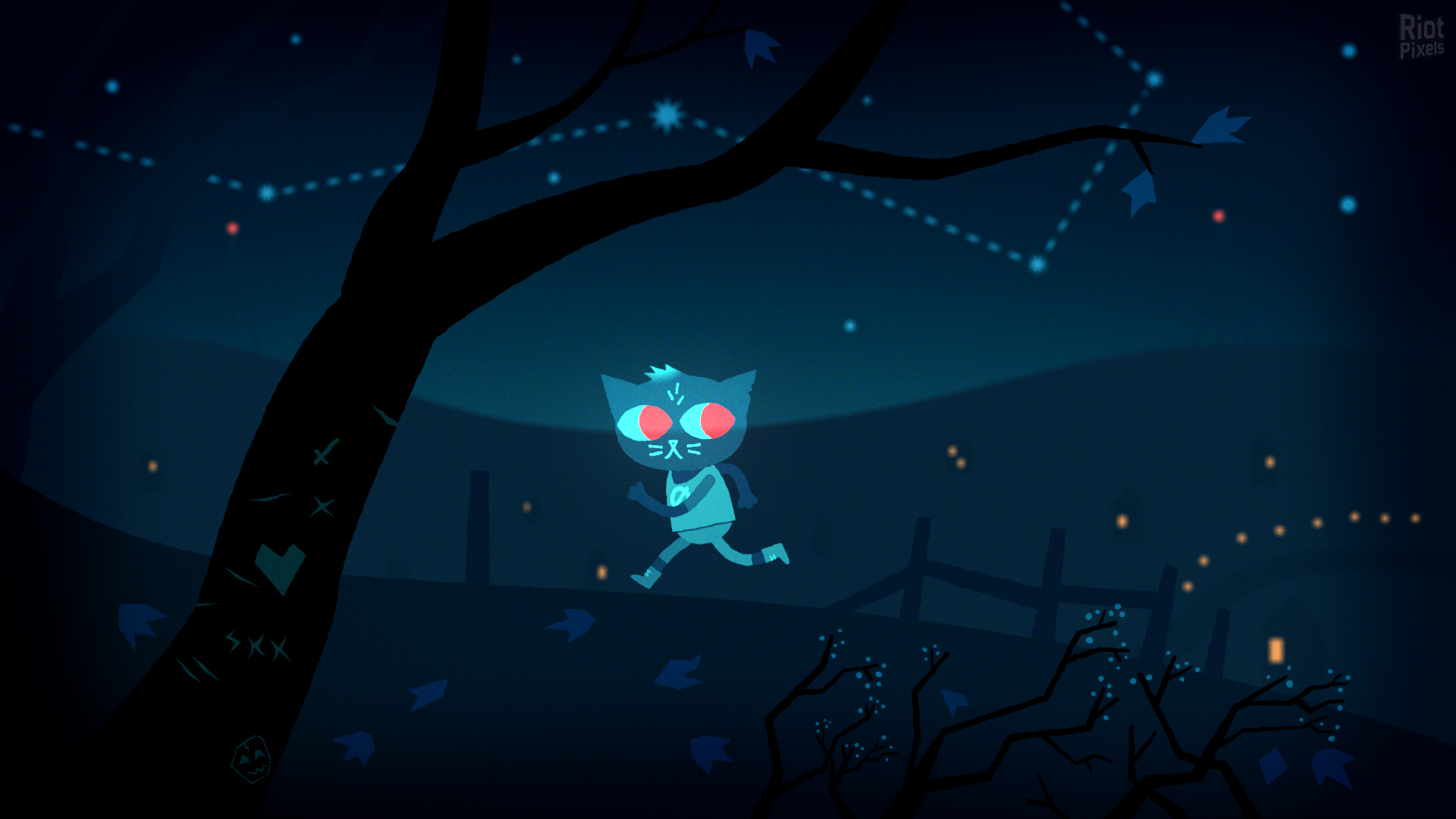 Spend a Night in the Woods With This Indie

Night in the Woods by developer Alec Holowka is a charming 2D indie title that follows the adventures of Mae Borowski. The game is another Kickstarter success story, raking in a cool $200k and meeting its initial goal in little over a day. The game looks to offer a rich story, memorable characters, and a beautiful soundtrack. So what is the story of Night in the Woods exactly?

Well, after college falls by the wayside, feline protagonist Mae Borowski decides to drop out and reconnect with the friends she left behind in her hometown of Possum Springs. However, soul-searching isn’t all Mae will do when she returns to her home. When she arrives, she discovers that things aren’t quite the same as they were when she left. Her friends have changed, winter is coming (so to speak), and something lurks within the woods.

Night in the Woods looks to shake up traditional exploration and adventure games, which place great emphasis on lonely, solitary experiences. Instead of roaming the strange town of Possum Springs alone, you’ll be able to hang out with your animal friends and interact with a host of colorful characters.

The dialogue in the game feels rich and immersive, while the gameplay itself is fun and pleasantly approachable. Sure, there’s mysteries to solve and new areas to unlock, but there’s also something a bit more to Night in the Woods.

Night in the Woods is a promising indie title. The game’s developer, Alec Holowka, achieved previous success with the game Aquaria. If you’re like us and simply cannot wait to get your hands on Night in the Woods, we strongly recommend navigating over to Steam and trying out Holowka’s award-winning underwater adventure, Aquaria.

Overall, Night in the Woods is a game to keep your eye on this year, as other character-rich indies like Stardew Valley have made it clear that gamers want to build in-game connections. The ones you find in those out of the way small towns that everyone seems to want to escape from. Night in the Woods looks to prove that it’s not a small world after all, and we simply cannot wait to explore the game’s depth in full.

Night in the Woods is scheduled to release on January 10th for the PC, Mac, Linux, and the PS4. You can pre-order Night in the Woods on Steam for $20 and learn more about the talented cast of developers behind it by navigating over to the game’s official website.

For more on upcoming indies here at Indie Obscura, be sure to check out the top indie game releases for January, learn why Journey and Ico fans should be excited for Rime, and watch the latest trailer from Dontnod Entertainment's newest entry, Vampyr.