Indie games to keep your eye on during the month of January. 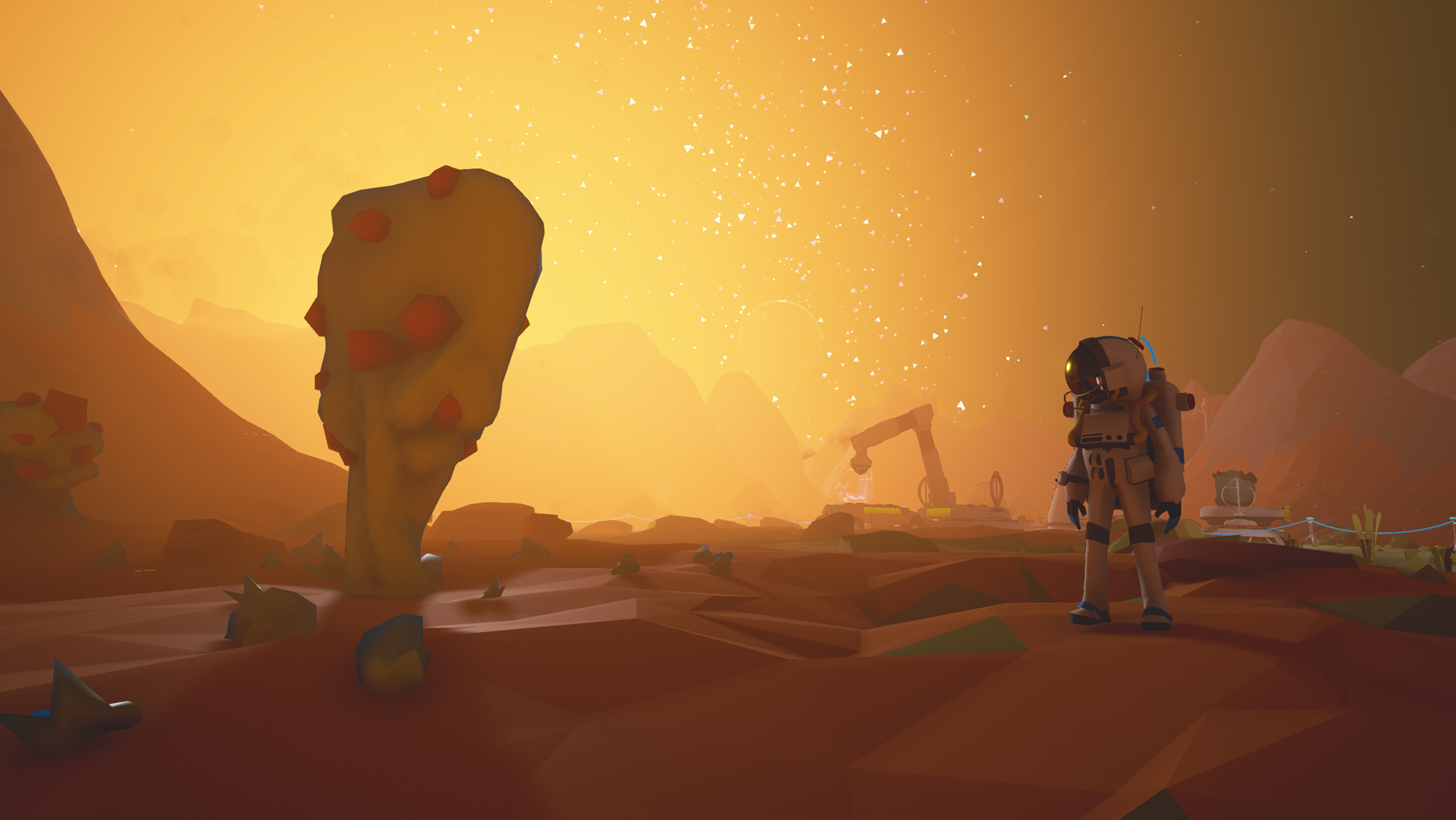 Fans of Astroneer that own a PS4 console have been wondering how long they’ll have to wait until they can get their hands on the space exploration indie title. As of right now, the game is only available on Steam Early Access and Xbox Game Preview, since System Era Softworks recently expressed how important these avenues are for them since they promote player feedback. In order to get your Astroneer fix, we’ve put together a list of 5 games with similar elements that you can play until Astroneer makes its way to the PS4 console.

In Nom Nom Galaxy, you’ll engage in planetary exploration, base building and tower defense co-op to create the most delicious soups the galaxy has ever tasted! Instead of being an Astroneer, you’ll be an Astroworker who works for a business named Soup Co.. Your job is to uncover the best soup recipes, and find the tastiest ingredients before your competition does. It’s not a simple task since as you expand your base, you’ll also have to defend yourself from a variety of planetary hazards and menacing aliens. Grab Nom Nom Galaxy on PlayStation.

Keeping with the space exploration and online co-op themes, Risk of Rain is a roguelike platformer that challenges you to survive an ever-changing environment filled with enemies. In this game, the longer you can last, the harder it becomes. Unlock up to 12 characters with special abilities and experience the frustration associated with permadeath as you combat insane bosses, discover new levels, utilize random items, and uncover the lore as you make progress in your journey. Grab Risk of Rain on PlayStation.

If you’re itching to fulfill your need to build space exploration vehicles, shuttles, and rocketships in Astroneer then try Kerbal Space Program on for size. Your mission in this game is to safely launch the Kerbals into space. In order to do this, you’ll be supplied with your very own space program and a variety of tools that you’ll be able to use to build a variety of spacecrafts. A very cool aspect about this game is that the physics while taking off into space is based on real science, so make sure to take notes on what works and what doesn’t work to get these creatures in space safely! Grab Kerbal Space Program on PlayStation.

While Terraria doesn’t take place in the depths of outer space, it does feature the addictive sandbox, exploration, online co-op, and crafting elements that make games like Astroneer so much fun. It’s procedurally generated, which means that most things you’ll find in this game are at complete random. Much like other indie survival games, you’ll have to mine for resources in the depths of caves, and combat various foes while you craft and build your own awesome structures to survive. Grab Terraria on PlayStation.

If traveling through space and collecting resources is your main reason for wanting to play Astroneer then we urge you to try No Man's Sky. Despite all the controversy that followed after the launch of this indie title for the PS4, the developers have made released a number of updates to the game that have added new gameplay mechanics and improved the overall experience. With the Foundation Update, you can now build bases, farm, and make camps. The introduction of new game modes allows players to choose from Normal, Creative and Survival mode, depending on the type of adventure they're looking for. Make sure to check out these 7 games that will scratch your No Man's Sky itch or grab No Man's Sky on PlayStation.

Let us know if these 5 games for the PS4 scratched your Astroneer itch and what other games you would recommend to players in search of a similar experience.