Games to Play Over the Holidays

Some of the best games to play during the holiday break. 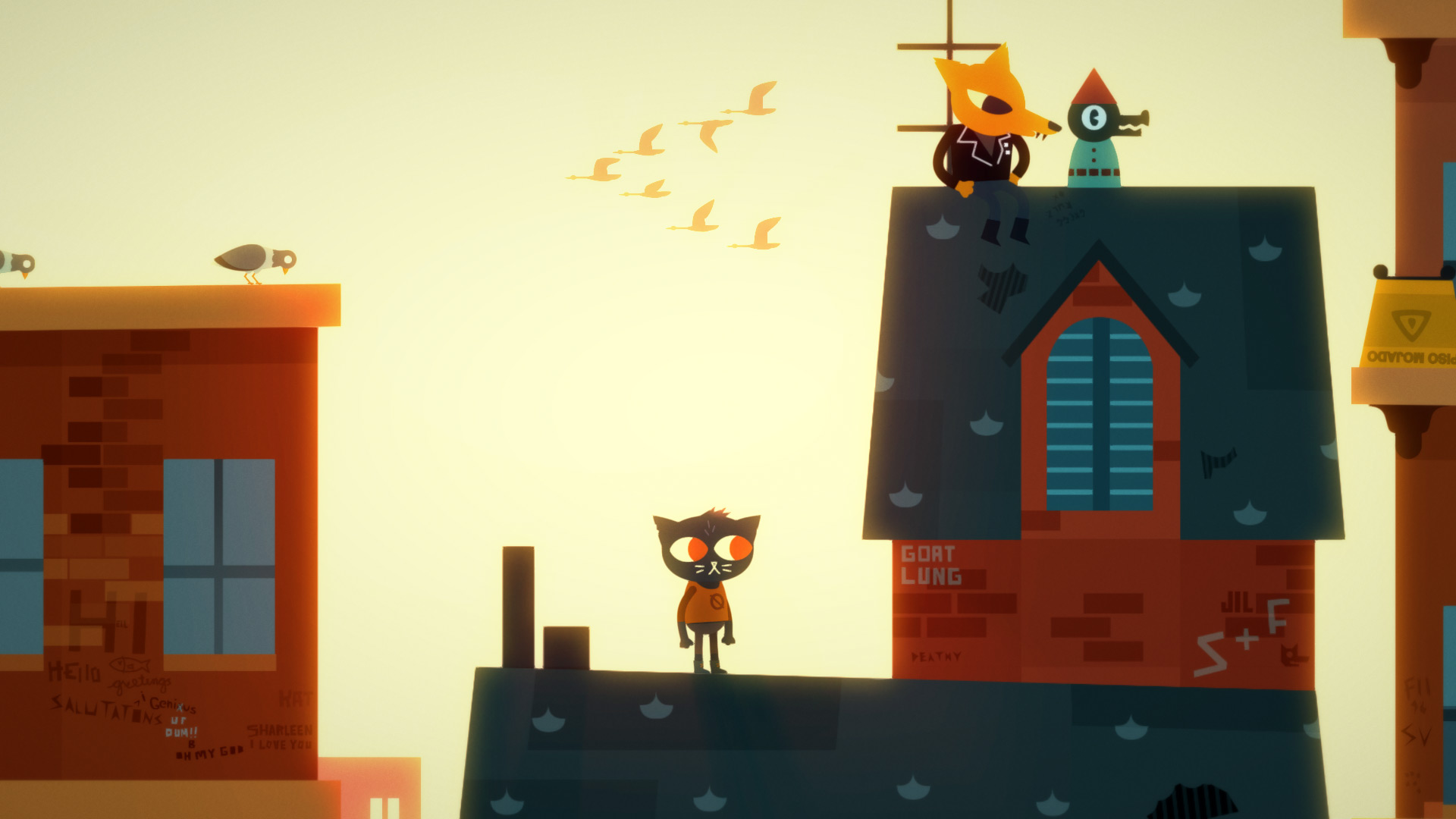 Turns out it’s not a huge time investment.

Infinite Fall, the team behind Night In The Woods, released a new trailer last night that showcases some really awesome gameplay footage of their upcoming game. A successfully fan-funded KickStarter Game, Night In The Woods follows a feline by the name of Mae, as she returns to her hometown, Possum Springs, after dropping out of college. She soon discovers that things at Possum Springs aren’t what they used to be, including herself. Friends have changed and strange occurrences are taking place in the woods that no one can really explain. Overall, it’s a game that encourages you to waste time moping around with your fellow slacker friends and discover the secrets that hide in the darkness of the night.

Infinite Fall, a 3 person development team, has described Night In The Woods as an adventure title with gameplay centered around an unraveling story, and exploring a mysterious town filled of interesting characters and places to interact with. The art in the new Night In The Woods trailer shows off a colorful and interactive 2D world with a moving cinematic soundtrack.

Night In The Woods is a perfect example of why it’s okay for indie developers to use KickStarter and if you’re interested in reading more about KickStarter Games, check out these other indie game success stories. Night In The Woods had rapid success on KickStarter, reaching complete funding within a little over a day (26 hours to be exact) and in 30 days time, they’ve reached over 7,000 backers and have made over $200,000!

You can find out more about this game by watching the new Night In The Woods trailer below, visiting the official website, and checking out the game’s KickStarter page. Pre-orders for the game begin on December 20th, and Night In The Woods will release on January 20th, 2017 on Itch.io, Steam, and will also be available on the PS4.