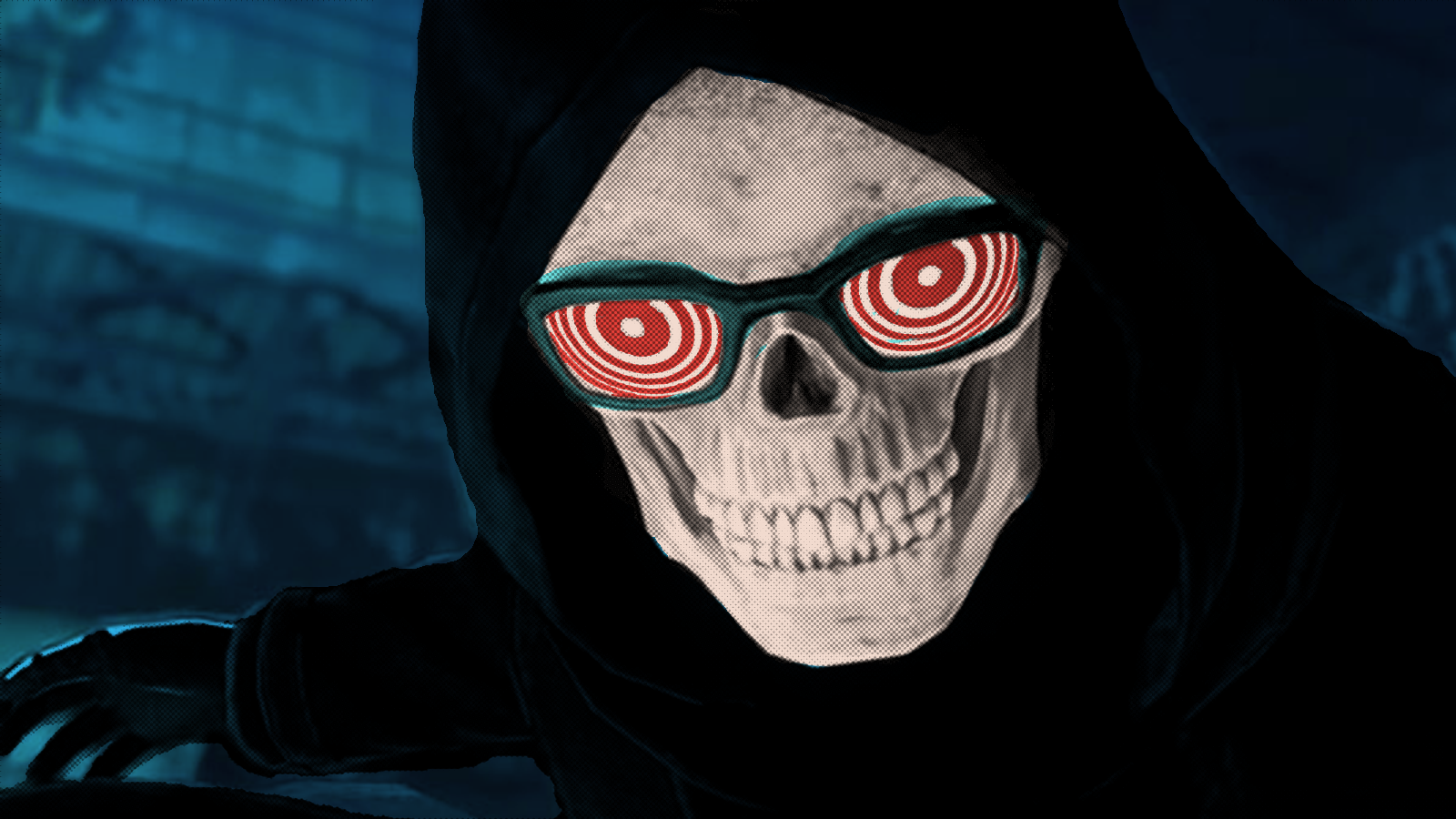 Let it Die, developed by Grasshopper Manufacture and published by Gungho Entertainment, recently released for free on the PlayStation 4. Featuring a similar combat style to Dark Souls, an interesting art aesthetic, and an inflection of humor courtesy of Suda51, we feel Let it Die offers a worthy hack-and-slash experience.

The game opens with a brief cutscene explaining the strange world you’re about to enter. The premise is simple enough… try and reach the top of the Tower of Barbs.

There’s a strange other-worldly feel to the game as you transition between Uncle Death’s gaming arcade and the Waiting Room within the Tower of Barbs. The “game within a game” element is both clever and intriguing. We can feel Suda51’s handiwork sprinkled throughout Let it Die whether it’s Uncle Death himself, the Mushroom Magistrate, or the endless array of escalators upward.

There’s a distinctive 80’s flair to the game from the opening title card to your Underworld Rolodex. However, within the Tower of Barbs itself, everything is distinctively cyberpunk (notably the Matrix-like Mingo Head). You will find yourself either loving Let it Die’s graphical style or hating it.

On the PlayStation 4, Let it Die seems to get lost amidst the other selections. There’s no word yet whether or not Let it Die will be released on the PC, but we could easily see this game receiving a bit more traction within a platform like Steam.

At the core, Let it Die is a fun hack-and-slash grind. You’ll find yourself forgiving some of the game's rougher edges while you fight your way past the game's odd selection of enemies. Furthermore, the combat mechanics are what really help the game stand out.

You’re constantly tasked with switching up your play style as you will rely heavily on whatever items you pick up from fallen enemies. For the first 10 floors, we found ourselves consistently naked and relying mainly on our fists because of how quickly weapons and armor break down.

After a while, we began to differentiate the enemies that required weapons versus the ones that could be taken out with a good one-two punch. This emphasis on strategy (and stamina maintenance) feels akin to the Dark Souls games. However, Let it Die is arguably a bit more forgiving than Dark Souls.

It presents you with a challenging, but learning curve that gradually increases the higher up the Tower you go. There are other elements in the game as well including Raids and the Death Metro, though we’ve yet to fully explore these features.

For the most part, we’ve been heavily engrossed with our climb up to the top of the Tower. One question that sticks out in our minds concerns the exact number of floors within the Tower of Barbs. Our initial guesstimate is around 100, though it could feasibly wind up being exponentially more than that. In our interview with Hideyuki Shin, he stated that it will take players quite some time to reach the top.

If your main goal is to reach the top of the Tower of Barbs, you will arguably get several dozen hours out of the game. For us, the selling point of a game is how much you get for the price. Because Let it Die is free (with small, optional microtransactions) we’re willing to let some of the negative aspects .

In conclusion, we feel Let it Die is a worthy entry to the hack-and-slash genre that offers enough charm and replayability to warrant a playthrough if you’ve yet to check it out.

For more on Let it Die here at Indie Obscura be sure to check out some of our other features including how to earn Death Metal in Let it Die, the recent server error patch in Let it , and our exclusive preview of Let it Die and interview with Hideyuki Shin.