Three down, five to go. 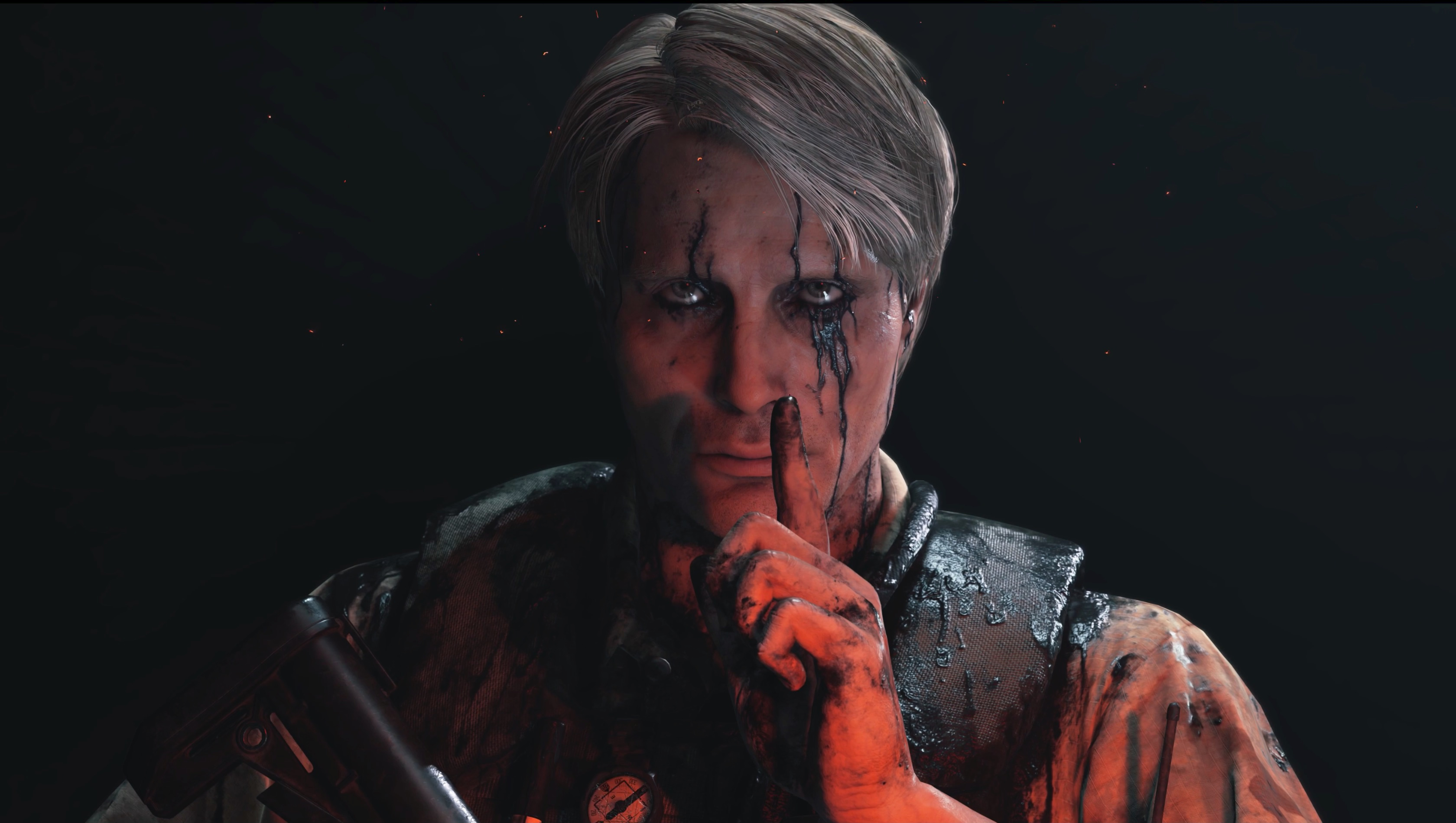 What We Know About Death Stranding

Sometimes the best strategy is to be direct.

It’s no secret that Hideo Kojima has been causing quite the stir with his upcoming title, Death Stranding. The game was first revealed with the iconic teaser featuring Norman Reedus and a baby during the Sony Press Conference at E3 2016. The second trailer shown recently during The Game Awards, left everyone in a frenzy, trying to scrape up every bit of information they can find about the game. The thing is, Kojima is a master of ambiguous storytelling, and even though we’re two trailers in, any solid plot details behind Death Stranding are next to non-existent. Despite all this, there are quite a few things that we do know and we’re here to catch you up on all of that.

It Features An All Star Cast Of Norman Reedus, Guillermo Del Toro, And Mads Mikkelsen

The biggest takeaway from the trailers thus far, is that Kojima has employed the likes of Norman Reedus, Guillermo Del Toro, and Mads Mikkelsen to play some rather significant roles in Death Stranding. The first trailer revealed a naked Reedus in an emotionally fueled moment, cradling a baby, only to have the baby disappear from his arms. An inky black substance, coats his hands and what looks like the baby’s hand prints travel away from him.

In the second trailer, we spot what looks like Guillermo Del Toro in a war laden, dystopian setting, with quite possibly the same baby but this time the baby is in a test tube. The inky black substance is back, and in comes Mads Mikkelsen, who appears to be the antagonist.

Playing The Two Trailers Side By Side Reveals Something Interesting

Hideo responded to all the speculation surrounding the Death Stranding trailers with a hint that there could be more to these teasers than meets the eye. Some clever folks found that playing the two trailers side by side revealed a rather cinematic experience, and at one point, the baby teleports from Reedus’ arms in the first trailer, and into the tube Guillermo is carrying in the second.

Mads Mikkelsen Doesn’t Even Know What Death Stranding Is About

In an interview with BirthMoviesDeath, Mads Mikkelsen was asked about his involvement and some plot details in Death Stranding. The seasoned actor responded in a way that was not entirely surprising.

“But I also saw the trailer he had done with Norman Reedus, and I thought that was spectacular just from the standpoint of an actor. The emotion, the feeling of it, the sensuality in what he does. Without even being a gamer, I was like, this is crazy, what he's doing. I loved it.”

We’re sure that Mikkelsen knows more about Death Stranding than he lets on, but obviously can’t give up the goods. Or maybe he’s telling the truth. Either way, we totally get where he’s coming from. Kojima is a brilliant man with some complex ideas.

The Game Has Just Entered Production

People looking for footage of Death Stranding gameplay might have to wait awhile. Kojima Productions stated in July of this year that the “game is still far from being released”, and there has still been no confirmation whether the game has started production. It seems as though Kojima is still working out the plot details and characters of the game.

Kojima did announce that  Death Stranding will be developed using Guerilla Games’ Decima engine. This is the same engine being used in the upcoming PlayStation exclusive, Horizon Zero Dawn. Kojima elaborated on his reasoning, expressing that this engine was great for open world games. He then commended Guerilla for their enthusiasm when it came to making games.

"Making games is like going into space," Kojima said. "We try to aim high, but the people at Guerrilla aim even higher. We told them let's aim for the Moon, for Mars, and they said well let's go to Jupiter together."

Now that the engine has been picked, Kojima Productions will be setting up a small studio within Guerilla headquarters in Amsterdam. Once this is done, we imagine that production of the game will finally commence.

For more on Death Stranding on Indie Obscura, watch the new bizarre and brilliant trailer that was revealed at TGA 2016, read our speculation on whether Death Stranding is Hideo Kojima’s Akira adaptation, and laugh at some of the funniest Death Stranding fan reactions.