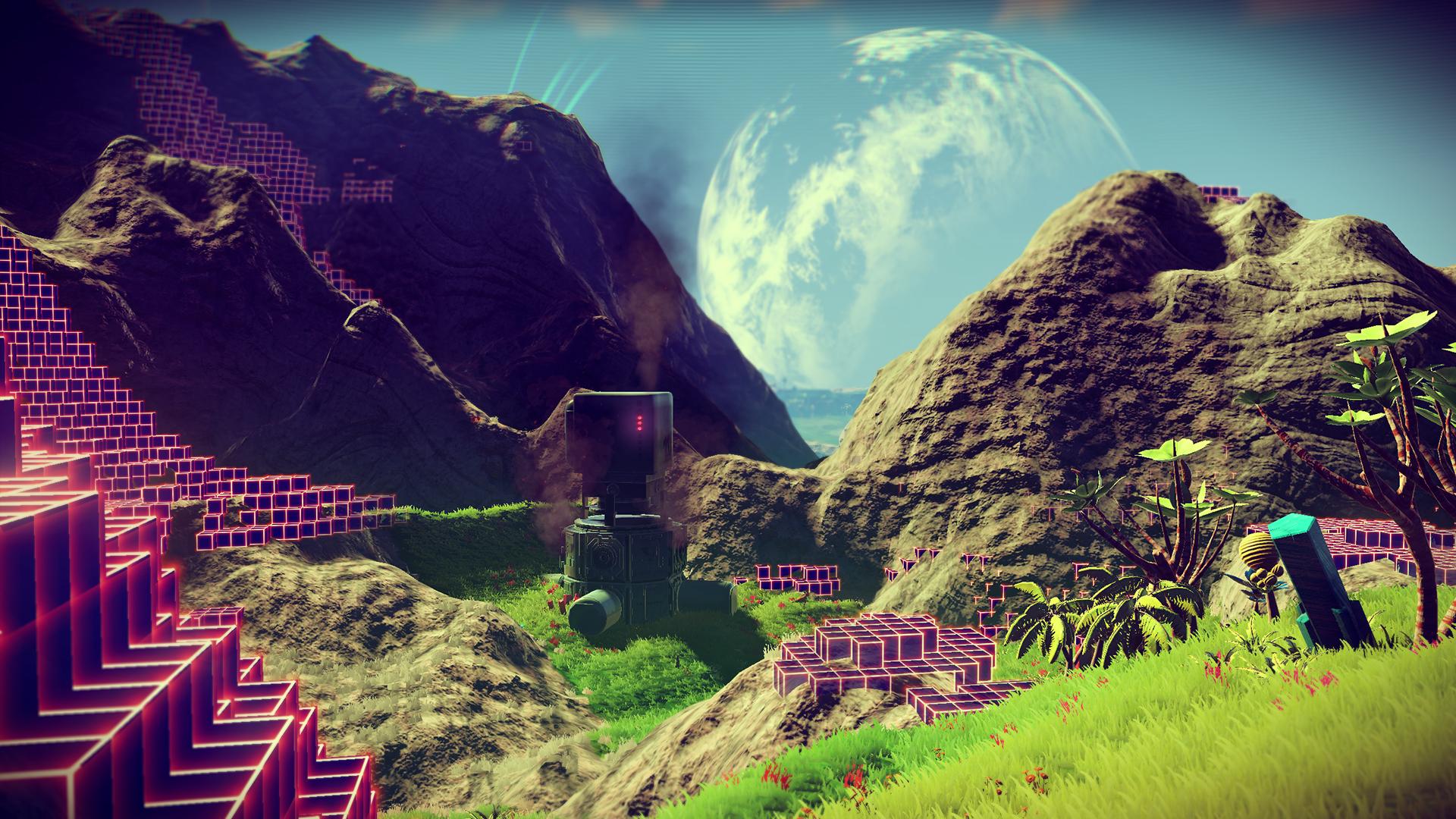 It’s no secret that No Man’s Sky by developer Hello Games has spent the latter half of 2016 buried in controversy. Following its debut after a long development journey, the game demonstrated the disastrous results that can happen thanks to PR mishaps and boundless overhype.

Nevertheless, the game is by no means the worst of 2016, and Hello Games has vowed to set things right and continue working hard to remedy the complaints they’ve received.

Though some time has passed since their initial statement regarding incoming content, players who own No Man’s Sky will be delighted to know that the game has finally received the substantial update that was promised.

Within the new Foundation Update of No Man’s Sky for PC and PS4, your stranded spaceman will feel a little less lonely thanks to the new base building components.

This addition has altered the feel of the game from space exploration into what many touted critiqued the game for being instead—Minecraft in space.

Is this a bad thing? Nope, not at all. Though player expectation differed from the final outcome, No Man’s Sky remains an addicting game for fans titles like Minecraft or Terraria.

Personally, we consider No Man’s Sky to be something of a first-person Starbound in a way. You can still explore odd planets full of odd critters and mine for supplies, but the fierce curiosity to reach the center of the galaxy has faded.

In its place, the mechanic of gathering minerals can be relaxing and highly enjoyable depending on your gaming preferences. If you were looking for a flying, shooting, alien-encountering, space exploration adventure… No Man’s Sky may not be for you.

But if you’re open-minded and enjoy the basic tenets of creating your own universe in games like Minecraft, No Man’s Sky is shaping up to be a solid offering. Overall, base building in No Man’s Sky is straightforward.

If you find an abandoned base, you can utilize various modular structures to customize it and make it yours (including automated resource farming and storage).

You can hire aliens to research technology, then teleport to and from various space stations. There are various freighters you can purchase, and these will help you out by acting as mobile bases which can be summoned from any locale in the galaxy.

The Foundation Update also implemented new Creative and Survival game modes to give players the opportunity for a more personalized experience. Finally, it brings with it the basis of all good updates—new goodies and visual overhauls. The game proclaimed “dead” may not be dead after all.

While its price point during the holidays remains something of a contested issue, the fact of the matter remains—Hello Games is keeping their promise to improve No Man’s Sky.

We find their honesty admirable, and their strength in the face of adversity inspiring. Keep on chugging Hello Games, we can’t wait to see the possibilities you have in store for No Man’s Sky in the future!

For more on No Man's Sky here at Indie Obscura, be sure to check out some of our other features including how No Man's Sky influenced the Game Awards following its 2013 debut, why we feel that No Man's Sky is important, and whether or not the No Man's Sky ads were misleading.