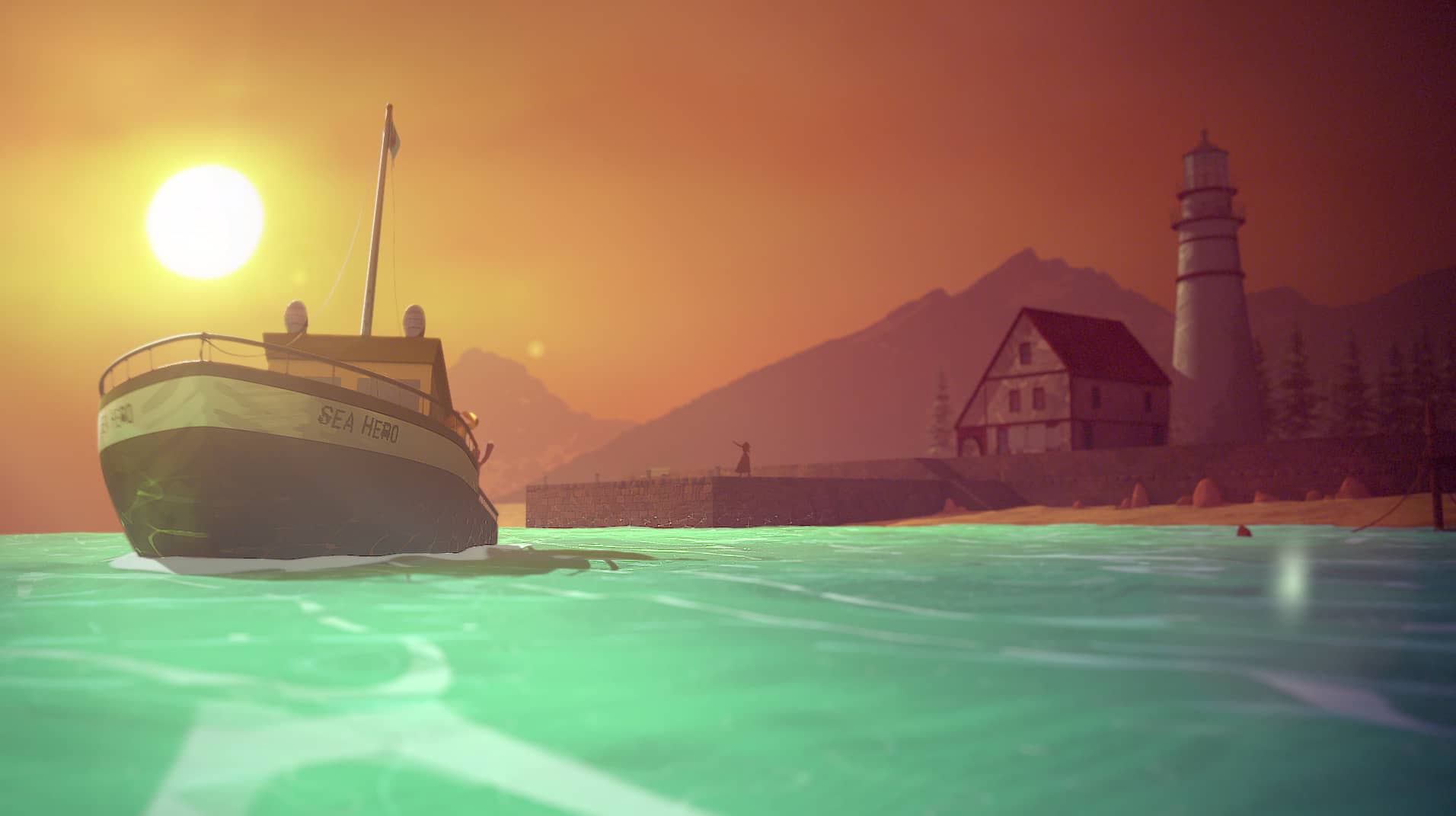 Alzheimer's Disease, also identifiable by one of its main symptoms—Dementia—is a serious illness that affects over 44 million people worldwide and growing, with an estimated total reaching 135 million sufferers by the year 2020. Alzheimer’s is a disease of the brain that affects victims in a multitude of life-altering ways, notably by destroying the functionality of a person's memory.

Anyone who has a family member or knows someone with a family member who suffers from this illness will have undoubtedly felt the sharp stabbing pain of watching someone you love slowly begin to slip away and forget you.

If you’re a fan of reading, I highly recommend checking out the book Still Alice by American neuroscientist Lisa Genova, a book that left me in tears after finishing it. Additionally, there’s a film adaptation of Still Alice starring Julianne Moore if you’re not as much of a bookworm as I am.

Moving on, here at Indie Obscura our main focus is on indie games, and I recently learned about one such game that is making waves in regards to Alzheimer’s research (mainly the process of earlier diagnosis).

The game is called Sea Hero Quest and is a multi-platform adventure game developed by Glitchers, researchers at the University College of London, who believe the results of the game could lend a big hand in the creation of a definitive test for early-onset dementia. A test that currently does not exist.

If you didn’t catch on to what all of that support means, it means that this game is making history and potentially helping millions of future Alzheimer’s patients (remember, there are currently over 44 million sufferers right now) learn to recognize the symptoms of dementia earlier and thus treat it more effectively.

This doesn’t just affect patients, it affects their families who want to do everything in their power to help those they love through this difficult and trying time. Early data, harnessed by over 2.4 million users who’d downloaded the game, was recently presented at the 2016 Neuroscience conference. The results were both informative and staggering. You see, one of the very first symptoms of Alzheimer's is dementia, and losing your overall sense of direction.

To demonstrate this, Sea Hero Quest opens on a lonely boat in the middle of a dark ocean. As players navigate the waters, the game anonymously records their navigational ability and overall sense of direction as they progress forward.

For example, some levels task players with sailing across various waterways in order to locate a flare that will then guide them back home. Other levels revolve around memory, with players needing to memorize various buoys in order and properly sail (and navigate) around them.

Much of the initial data that was presented at the aforementioned Neuroscience conference, shows that accurate sense of direction begins declining after a person’s teenage years. For example, players in their early 20s had an impressive 74% accuracy rate. Tragically, this rate steeply fell year after year until it hit a depressing 46% accuracy ratio for players ages 75 and above.

Dr. Hugo Spiers of the UCL Spatial Cognition Group quotes: "What we're able to announce to the world is it [sense of direction] does decline across the lifespan, the ability to shoot the flare back to the target—that sense of direction."

The data gathered goes on to suggest that men have a slightly better overall sense of direction than women, something which has been analyzed in other scientific studies, particularly in regards to male spatial recognition.

Additionally, Nordic nations who played Sea Hero Quest consistently outperformed the rest of the world in the game, and while researchers have yet to determine why at this point in time, various ideas have been presented and are currently being discussed.

Personally, I feel that Sea Hero Quest is one of the most important games available for download right now. Even if you’ve never felt the terrible anguish of watching a grandparent slowly lose their sense of self, and thus lose their feeling of place in the world, to Alzheimer’s disease, there’s no question that it’s important for scientists to find ways to diagnose the symptoms dementia in its earliest stages.

Not only that, but the game opens up a dialogue that some people find incredibly uncomfortable. Earlier diagnosis of dementia will unquestionably lend itself to improved treatment of the disease, and hopefully… a cure somewhere in the near future. In my mind, if a game developer can aid in finding a cure for dementia and Alzheimer’s, they’re a hero.

Games like Sea Hero Quest aid doctors in spotting patients in the earliest progression of Alzheimer’s (dementia) and this is critically important. Dr. Spiers added to this sentiment stating: "The value of a future test built from Sea Hero Quest is that we will be able to provide a diagnostic for Alzheimer's dementia and a tool that allows us to monitor performance in drug trials."

Already, the game has provided researchers with a swathe of information. The fact of the matter rests... 2.4 million gamers have downloaded the game and spent a quiet evening at home playing Sea Hero Quest. The act of doing this has subsequently given scientists information that would have taken approximately 9,400 hours of in-lab research to attain.

After learning this information, I cried even harder, knowing that someday in the future families won't have to be torn apart by this illness. If you want a good cry as well, watch the animation created by Alzheimer's Research UK below... it will absolutely break your heart and emphasize why I feel Sea Hero Quest is so important.

The undeniable reality that people with kindness in their hearts exist in this world, and are actively working towards making earlier diagnosis, treatment—and one day soon a cure—a reality is one of the main reasons why game development (indie or otherwise) is so important. Because it's more than just a way to pass the time... it's a way to help alter someone's life for the better.

If you would like to help, you can download Sea Hero Quest on the Apple App Store and the Google Play Store. To learn more about Glitchers and Sea Hero Quest, please visit their official website. Finally, if you wish to donate to the cause of Alzheimer’s research there are a variety of charitable organizations to choose from including Alz.org and the Cure Alzheimer’s Fund.

For more games on serious topics here at Indie Obscura, be sure to read how gaming can help treat the symptoms of depression, how the indie game It's Okay helps players cope with grief, and why the game developed in memory of their son entitled That Dragon, Cancer broke our hearts.