The poor PR of No Man’s Sky at the 2013 Game Awards reveal the dangers of overhype. 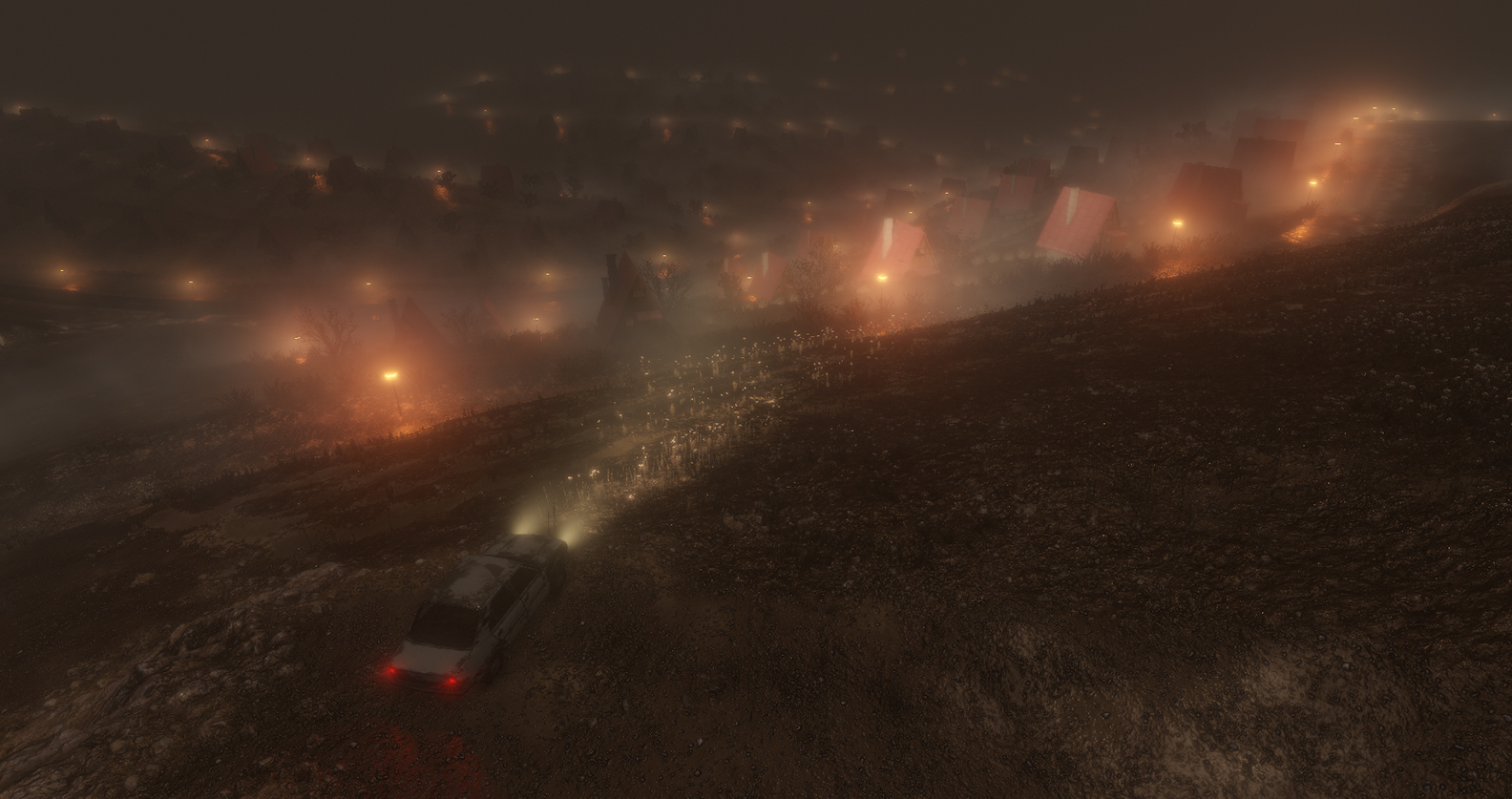 Have you ever wondered what it would be like to partake in a high-speed car chase? Typically, the first thing that comes to mind is outrunning the police, something you can already do in games like Grand Theft Auto. However, there’s currently a game under development that takes the car chase premise and puts a horrifying twist on it.

In this indie game dubbed "Driving Survival" for now, the premise is to outrun nameless pursuers who want nothing more than to ram your run-down vehicle off the road, drag you out, and most likely beat you a bloody pulp. Your goal is simple... don't let them catch you.

Being chased is one of the basic tenets of any classic horror film. Whether it’s ladies tripping over branches in the woods as a chainsaw-wielding psychopath comes after them, to trying to flee a masked villain by car.... in the end, car chases really do have the innate ability to be genuinely terrifying.

The game shows both third-person and first-person elements of the car chase survival mechanic the game is based around, and so far, Driving Survival looks pretty incredible! The most recent video was posted on November and shows how the car handles every bump, twist, turn, and uneven surface while speeding off-road.

As of right now, there’s no official word as to when the game will be finished and released. However, you can follow his developer posts on the TIGForums to stay up-to-date on his progress which includes continuing to fine-tune the game’s and a mention of potential VR-support in the future.

Overall, we feel like Driving Survival is a seriously cool idea, one that puts a refreshing new twist on a pre-existing premise that we haven't seen before. We highly recommend keeping your eye on this game, and developer, in the future. Until then, we wish Soul Challenger the very best of luck with his upcoming driving survival/horror game!

For more indie game previews and news here at Indie Obscura, be sure to check out how Final Fantasy 15 will be getting a mobile MMO spin-off, learn more about the rumors that Telltale is working on a Guardians of the Galaxy game, and our review of the beautiful new indie game Owlboy!