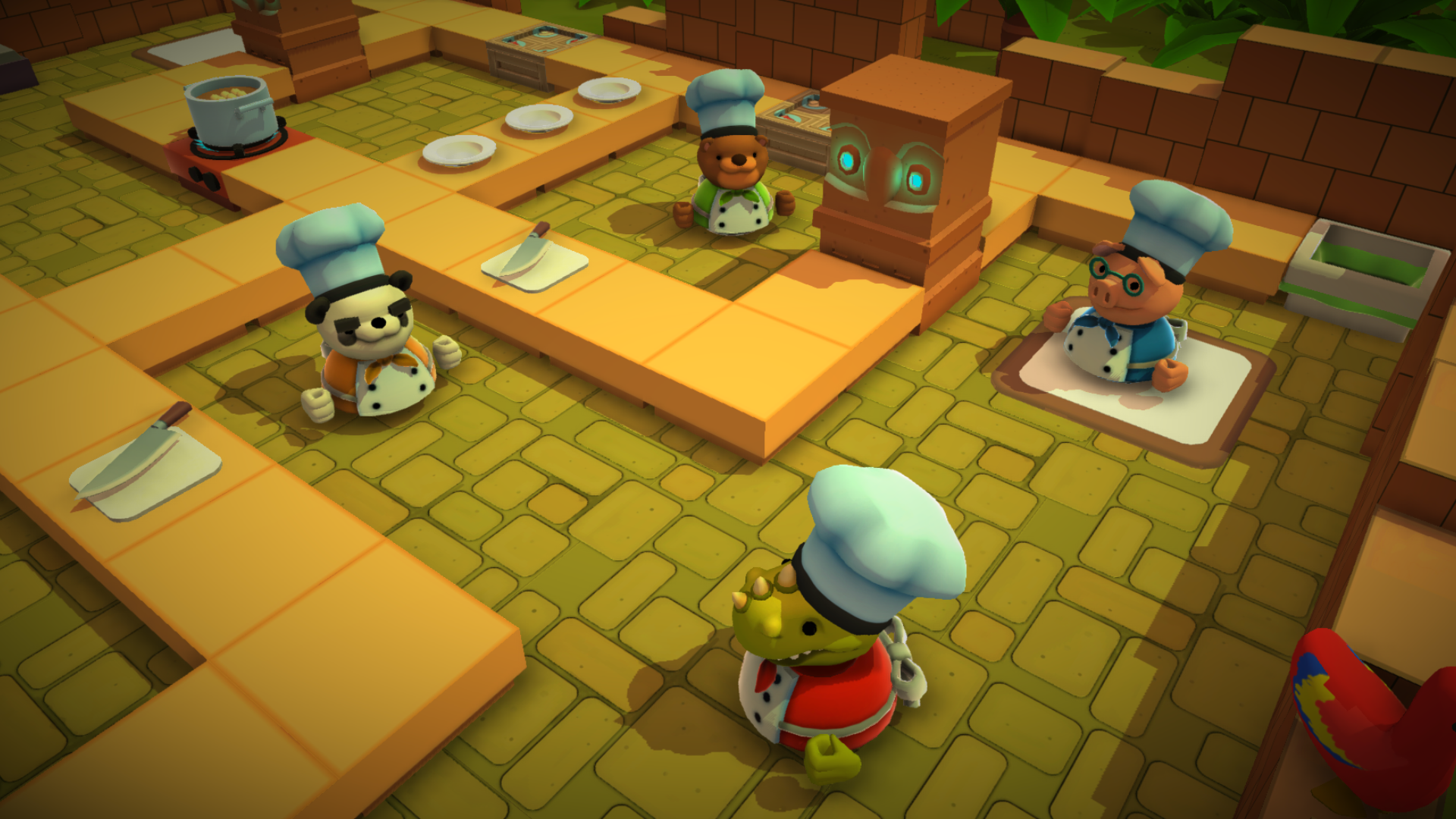 Overcooked by developer Ghost Town Games and designer Phil Duncan has secured a solid, hungry fanbase following the game’s initial release back in August of this year. With so many players enjoying the fun little cooking sim, the question of whether or not the game would receive a DLC expansion was placed upon the table.

Now, it appears that gamers will indeed be able to dig into a brand new DLC expansion of Overcooked—The Lost Morsel.

The Lost Morsel DLC expansion presents a new “jungle” setting in addition to six brand new chefs which include a dinosaur, robot, french bulldog, panda bear, regular bear, and a pig. Furthermore, there will be six additional campaign modes added to Overcooked, with players being given the new ability to navigate the Overcooked maps via helicopter.

To be honest, when we heard about the helicopter addition the first thing we thought about was Metalocalypse’s “Duncan Hills Coffee” jingle where a helicopter drops a spiked box containing Dethklok upon a waiting crowd, who subsequently get hot coffee poured all over them (prepare for ultimate flavor). Nevertheless, we’re pretty sure that Overcooked’s helicopter addition will be far less brutal.

For more on games like Overcooked here at Indie Obscura, be sure to check out some of our other features including our initial review of Overcooked, a list of 10 fun games to buy all $10 and under, and how Niantic's Pokémon GO will soon feature daily bonus rewards!