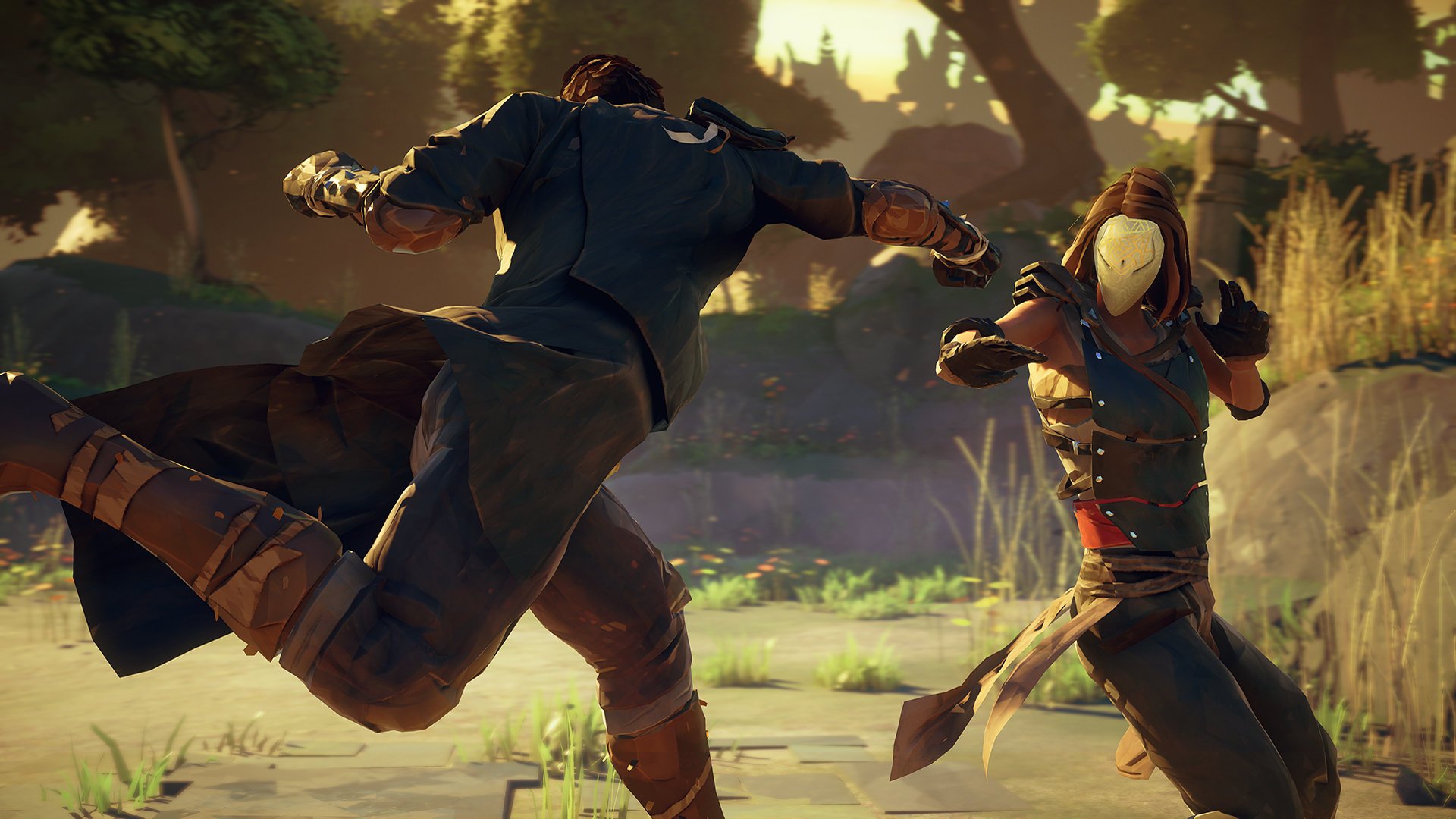 What's the deal with... Absolver

If you’ve managed to tear yourself out of the Destiny 2 hype cloud over the past week, you’ll have noticed a murmuring around Absolver. This isn’t just another Devolver Digital-backed indie game – although it is Devolver Digital-backed, which should hopefully send a little thrill shiver up your spine. This is a game that takes a large, fairly open campaign, puts in some punishingly tight hand-to-hand combat and lets you take that to other humans in online play. In other words, it’s a sparring partner for Ubisoft’s short-lived success story For Honor, but what exactly do you do?

Absolver is a martial arts RPG of sorts. If you want to play the Soulslike Drinking Game then here’s your first shot of the day: it does have some Dark Souls influences. The combat relies on careful posturing, stamina management, baiting and stance switches but where Souls would be happy for you to grind for improved weaponry, Absolver puts the focus more on your limbs.

As a third-person fighting game, anyone familiar with the way that titles like Tekken or Street Fighter do their thang will be at home pouring hours into finding the advantage in 1-on-1 brawls. Luckily, Absolver provides that in abundance as, on top of the campaign pitting you against AI battle buddies on a mysterious quest through a ruined civilization, there are online opponents to face too.

The online component is Absolver’s feather in its cap, where real people can drop into your game while you roam around and do your thing. The difference with the obvious Souls comparison here is that it’s completely ambiguous as to whether they’re here to help (like a summon) or hinder (like an invader). They can do both, they can spar with you, win a fight, and then offer a hand of help to get you back up on your feet. This saves you from having to go all the way back to the last altar you were at, and keeps your XP intact.

XP is the lifeblood, as with any form of RPG. And you only get to keep the XP you earn from won fights, so there is something to lose if you want to brawl away with the randoms you encounter. The upgrade path is tied in almost 1-to-1 with the actual learning experience of the game. There are 180 moves to use in Absolver, and to be able to use them you have to learn them by first encountering an enemy that uses them, and then by sparring against them, blocking them or evading enough for that move’s XP circle to be fulfilled.

This can be sped up by using the evasive manoeuvre of your specific martial artist’s style. There are three starting styles and one unlockable style. The Forsaken is a balanced kick-boxing derivative, the Khalt is focused heavily on defence and Windfall is quick and agile based on a form of Chinese Wudang Quan. Each is heavily customisable thanks to weapons, abilities and armor which can be unlocked and upgraded, too. Once one of the 180 moves has been unlocked, players can choose which ones they want in their “Combat Deck”, which along with armor and weapon choices makes for a huge number of potential loadouts and something for everyone’s style.

Part of the allure of a game like Absolver is piecing together the story while you play it. Set in a ruined world, the player character wears the mask of a Prospect, someone who has taken a sacred vow to join the titular Absolvers who maintain stability of the new world. In order to earn their place, Prospects must fight other Prospects across the Adal Empire in order to impress the Guides, faceless monitors of your progress. This, of course, means fighting other players online and also AI Prospects and boss enemies.

Much of what remains in this post-civilisation world revolves around fighting, and something called Essence. Essence allows you to improve your abilities by imbuing you with properties based on the tone and rhythm of incantations. It’s a fancy way to give you superhuman powers like extra-hard fists or a lighter-than-air jump.

A lot of the rest of the backstory is learned through item descriptions and little bits and pieces of lore scattered throughout the world, so it’s worth exploring as well as battling to get the full Absolver experience. The world itself, though ruined, is far brighter and less convoluted than a Souls game, which could be a blessing if you’re not in for a trudge through the grimoire horrors of Eldritch past.